Earlier this year, Starbucks shared its multi-decade commitment to become a resource positive company by storing more carbon than it emits, eliminating waste, and replenishing more freshwater than it uses.

Today, at its 2020 Biennial Investor Day, Starbucks president and ceo Kevin Johnson reaffirmed Starbucks Planet Positive Future. Now the company has formalized its 2030 environmental goals to cut its carbon, water, and waste footprints by half.

These global goals are rooted in science, grounded in Starbucks Mission and Values, and informed by comprehensive market research and trials. Since January, the company has expanded plant-based menu options, found better ways to manage waste with greener cups and lids, and joined arms with others across industry on its journey to be a more sustainable company.

“Our Planet Positive initiatives have a central role in our long-term business strategy, and directly address what our customers are asking for,” said Kevin Johnson, Starbucks chief executive officer. “We are moving toward a more circular economy, and we are doing so in a very intentional, transparent, and accountable way.”

The now confirmed 2030 goals will not only reduce the company's environmental impact but also strengthen the entire supply chain from agriculture practices, to how stores are powered, and an environmentally friendly menu.

Starbucks has sourced 100% renewable energy for its more than 9,000 U.S., Canada and EMEA company-operated stores since 2015. The company has rapidly expanded its roster of renewable energy projects in the United States, supporting the growth of green energy onto the grid close to the stores that use the energy.

Today, Starbucks announced new investments around the country including the company’s first next generation on-site solar store in California.

As Starbucks embarks on the next chapter of its renewable energy strategy, the company will use its scale to drive innovation across the energy sector, applying a climate justice lens to new investments.

Over the past five years, Starbucks has donated nearly 50 million coffee trees that are resistant to coffee rust diseases to farmers as part of its 10-year, 100 million tree commitment. In addition, this past year Starbucks launched pilots in Guatemala, Mexico, Peru, Rwanda, and Kenya to reduce water usage by up to 80% in coffee processing through investments in new mills.

Today, Starbucks announced further support to help ensure a sustainable, profitable future for coffee farmers globally by increasing its Global Farmer Fund to $100 million, which represents an additional $50 million investment in this program. Coffee growers can use these funds to renovate and strengthen their farms and farming practices to be even more productive and sustainable.

Looking toward to the company’s resource-positive future, Starbucks will continue seeking advancements to reduce its carbon and water footprint in green coffee.

Just as with its coffee, Starbucks goal is for the products it sells to be produced under high quality and ethical standards. Recognizing this responsibility, Starbucks looks for opportunities to collaborate with suppliers to address changes at the industry level.

“We share Starbucks commitment to creating a more sustainable planet for future generations and look forward to partnering with them to reach net zero carbon emissions for dairy,” said Mike Haddad, chairman, Innovation Center for U.S. Dairy. “This partnership reinforces the critical role dairy plays in sustainable diets, and Starbucks participation in the Net Zero Initiative will help enable, advance and scale new technologies on dairy farms of all sizes across the country.”

Introducing Oatmilk in US

Starbucks continues to introduce new plant-based drinks and food to menus globally.  Following a successful regional rollout across the United States, Starbucks will launch oatmilk in all stores in the U.S. this coming Spring 2021. Customer interest in plant-based foods continues to see rapid growth with reports that the $5 billion industry has grown 29% over the past two years according to The Good Food Institute*.

More news and stories on Starbucks pathway to a planet positive future can be found here. 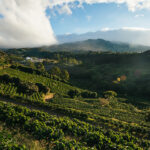 On Tuesday, Starbucks announced “a bold, multi-decade aspiration” to cut carbon, water and waste each by 50 percent by 2030 and give back to the planet by becoming resource positive in the future.