Civic engagement is always important, particularly in an election year. But it’s just one way to get involved. Committed leaders and volunteers like these Starbucks partners (employees) are finding ways to build community all year round.

Supporting the Latinx community in Maryland

Carlos Lopez, the manager at the Starbucks Prince George’s County community store in Maryland, is determined to transform the stores he works at into community resource hubs, especially for the high concentration of Central Americans who live in the area. A third of his staff are Latinx.

“One of the biggest things for me is to try and encompass all the different aspects of the community.” 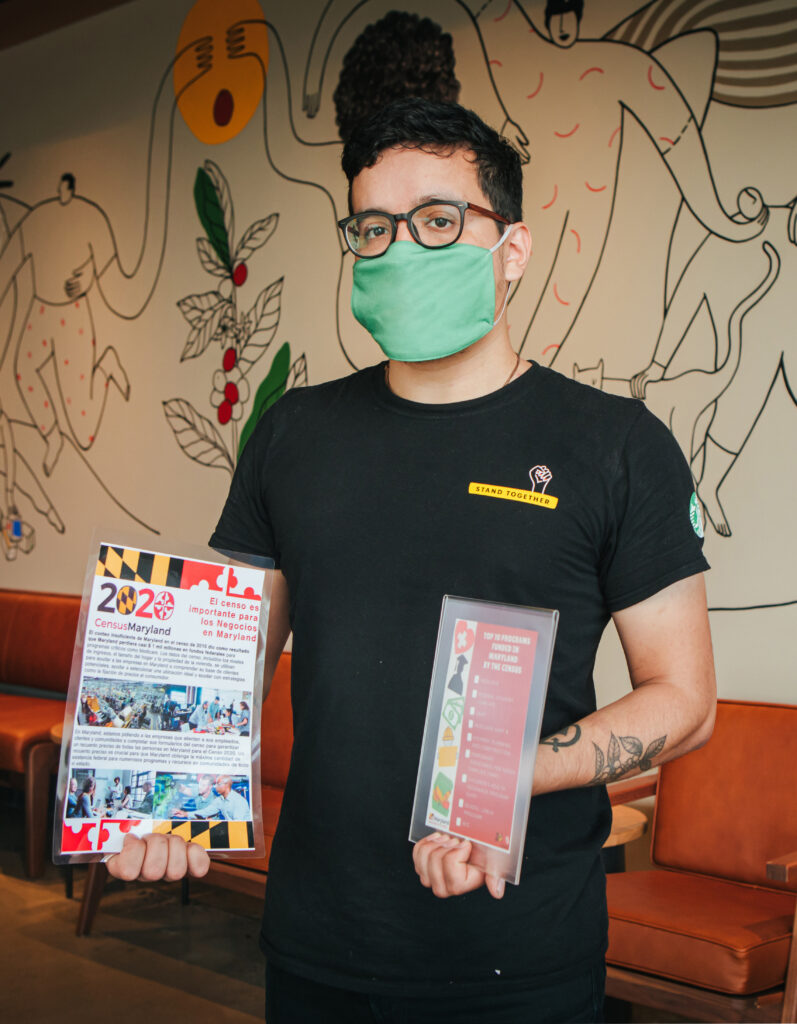 To increase participation in the census, Carlos worked with the Maryland Department of Planning to create bilingual engagement resources. He has partnered with a local non-profit to improve relationships between the community and police. He and his partners made personal donations to a microloan program to support coffee farmers in Guatemala. He supports coffee ground composting and assists at food distribution events.

Pre-COVID, Carlos hosted cultural events at his store. As soon as he can, he wants to bring back Noches de Cultura, a night of culture, where the public and his store partners study Hispanic painters or an important issue, like the Amazon rainforest wildfires, and then respond by painting.

“One of the biggest things for me is to try and encompass all the different aspects of the community,” Lopez says. “It’s trying to give back in a sense for all those people that helped me.”

Shortly after the local election season in 2017, DJ Mitchell-Jones, store manager in Miami Gardens, Fla., became certified to register people to vote. She’s since partnered with local nonpartisan groups like the Miami-Dade NAACP to host voter registration events in her community.⠀

“People have died so I could have the right to vote. For me, if I don’t exercise my rights, what did they sacrifice for?” 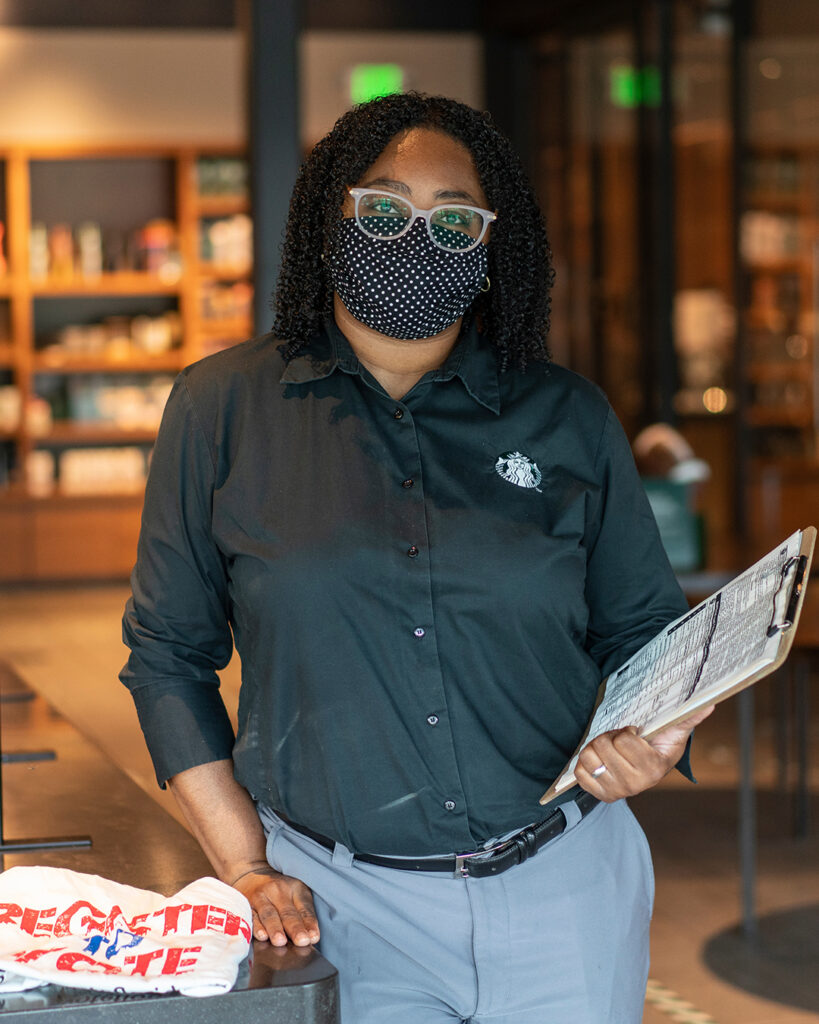 “We complain about what’s happening in our communities, but so, so many people in our communities don’t vote. After [that election], I jumped in with both feet. It’s my driving force. This store has become a hub of information and access.”⠀

Before COVID-19, her cafe was a veritable town hall, with regular events aimed at boosting civic engagement and voter education. Now she’s working on ways to make those virtual.⠀

“When you think about what John Lewis and other leaders in our communities and in our history have done to get us the right to even participate? People have died so I could have the right to vote. For me, if I don’t exercise my rights, what did they sacrifice for?”⠀

Elyiss Dozier, a shift supervisor in Lexington, Ky., recently responded to the question “Why do you vote?” with this statement in a video he sent to share with fellow partners. 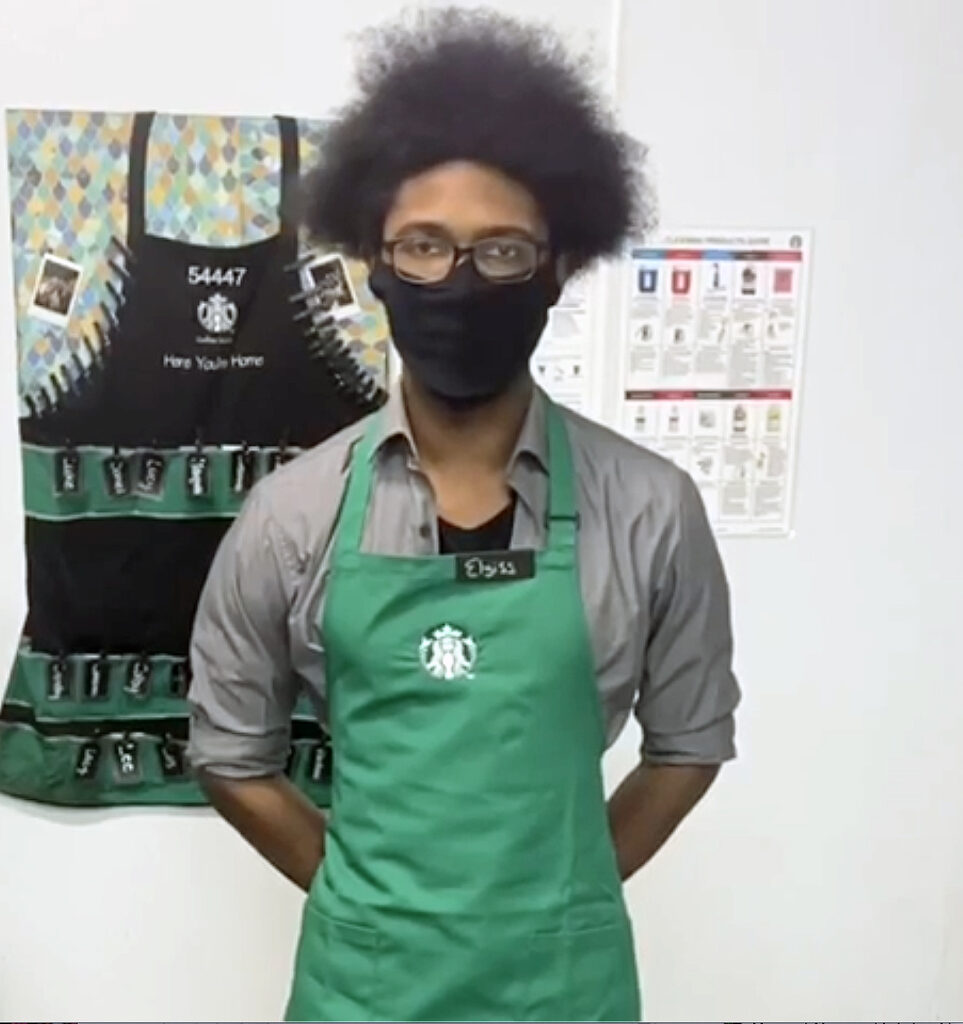 “I vote because no matter how insignificant you may feel that you are, or if you feel your view doesn’t matter, your view matters, and everyone should be heard. Everyone should vote.”

Advocacy is part of democracy

For Nadim Damluji, a first-generation Arab American and senior manager of government affairs at Starbucks, democracy has a special meaning.⠀

“Advocacy is part of democracy, make sure to exercise your right to be heard even when there isn’t an election.” 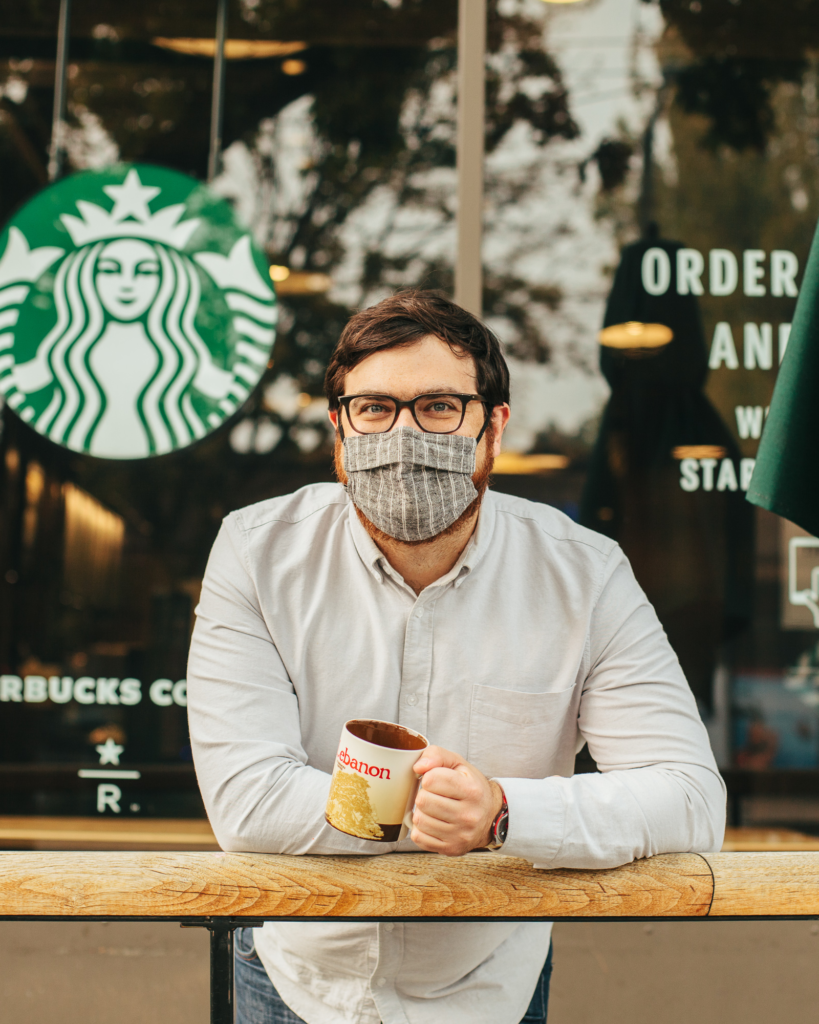 “To me, the ability to participate in democracy is a privilege as much as it is a right. My parents emigrated from Lebanon and Iraq, and as a first generation American I was fortunate enough to be born with the privilege to participate in our democracy.”⠀
⠀
Inspired by his upbringing and fueled by a passion for justice and equity, he’s dedicated his career to removing barriers to opportunity.⠀
⠀
“As an attorney I’ve studied the long legal battles fought by women and people of color to gain access to the same opportunity I was born with, and how many battles there are left to fight both in the U.S. and globally. I’m committed to playing a part in removing the barriers that still persist.”

As a member of Starbucks Global Public Policy and Government Affairs team, Nadim worked with a number of different civil rights groups. He helped facilitate the development of a course on Political Culture Bias for Arizona State University’s “To Be Welcoming” curriculum. And he’s advocated on behalf of Starbucks DACA/Dreamer partners in the legal system.

“Advocacy is part of democracy, make sure to exercise your right to be heard even when there isn’t an election. Reach out to elected officials at all levels on the issues that matter most to you.”

When Hillary Lamp Tosi, store manager in Baltimore, Md., volunteered at an event for high school graduates, she discovered the organization Black Girls Vote, whose mission is to educate and empower women to channel their collective voices at the polls. She remembers being in awe of their dedication to improving the lives of Black women and girls through encouraging voting and civic engagement.

“The passion I saw on stage really stuck with me.” 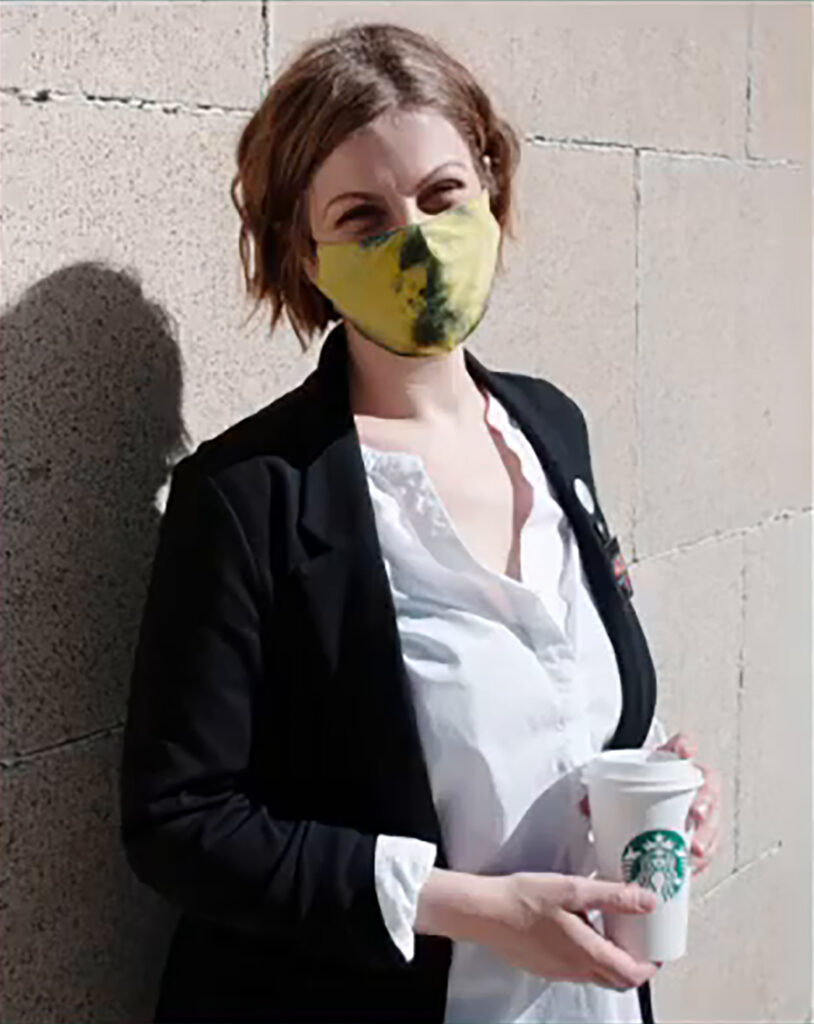 “The passion I saw on stage [when the team at Black Girls Vote spoke] really stuck with me. After I met with them, I knew that our district had to become more involved with their cause.”

“Black Girls Vote is a non-partisan organization. They don’t care who you vote for, they just want you to be registered and have your voice heard.”

Partners in Baltimore also recently nominated Black Girls Vote for a Neighborhood Grant. They’re one of 400+ non-profits being recognized with a grant from The Starbucks Foundation for their work to support racial equity. 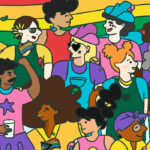 Starbucks CEO: Restoring the trust and belief of our partners

Starbucks ceo Howard Schultz tells all U.S. Store Managers, “We will become the best version of Starbucks by co-creating our future directly as partners. And we will strengthen the Starbucks community by upholding each other’s dreams.”