In December 2022, the U.S. reached an important milestone when the Respect for Marriage Act was signed into law, reflecting broad support for same-sex and interracial marriages. Starbucks chief global public policy counsel Zulima Espinel shared Starbucks ongoing commitment to advance inclusion and equity for all in a letter to partners.

In July, Starbucks joined more than 170 organizations and the Human Rights Campaign in urging the U.S. Senate to pass the Respect for Marriage Act. As we continue to stand up for our partners and their families, this statement reaffirms our support for marriage equality and our long history of advancing inclusion and equity for all. 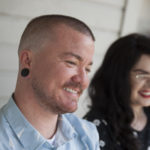