The journey a coffee bean follows from farm to cup is an arduous one. It usually begins high in the hills of the Coffee Belt, a band that wraps around the Earth’s middle between the Tropics of Cancer and Capricorn. Bucket by bucket, the beans are hand-picked and processed before trundling down winding roads to cargo ships destined for roasting plants and cafés around the world.

To get the best beans, buyers from Starbucks have traveled to the source since the first store opened back in 1971. They journeyed to far-flung farms in places in Latin America, Asia and East Africa, taking time to get to know farmers and their communities along the way.

When Starbucks launched its C.A.F.E. Practices sustainable sourcing program in 2004, the company knew that building on these personal relationships would be critical to the program’s success. It opened its first Farmer Support Center that same year in San José, Costa Rica, and hired a team of agronomists to bring farmers into the program.

Carlos Mario Rodriguez, director and global head of coffee research and development for Starbucks, was part of that first Farmer Support Center agronomy team. He drove his pickup truck over countless miles of narrow roads to visit farmers and help them with a range of sustainability issues and ensure a long-term supply of quality coffee. He helped them set up their own test plots, showed them how to space trees correctly and offered suggestions to manage erosion and reduce the use of pesticides.

“I think it’s very important for customers to know how difficult it is to produce high-quality coffee,” he said. “It’s critical that we support the farmers.” 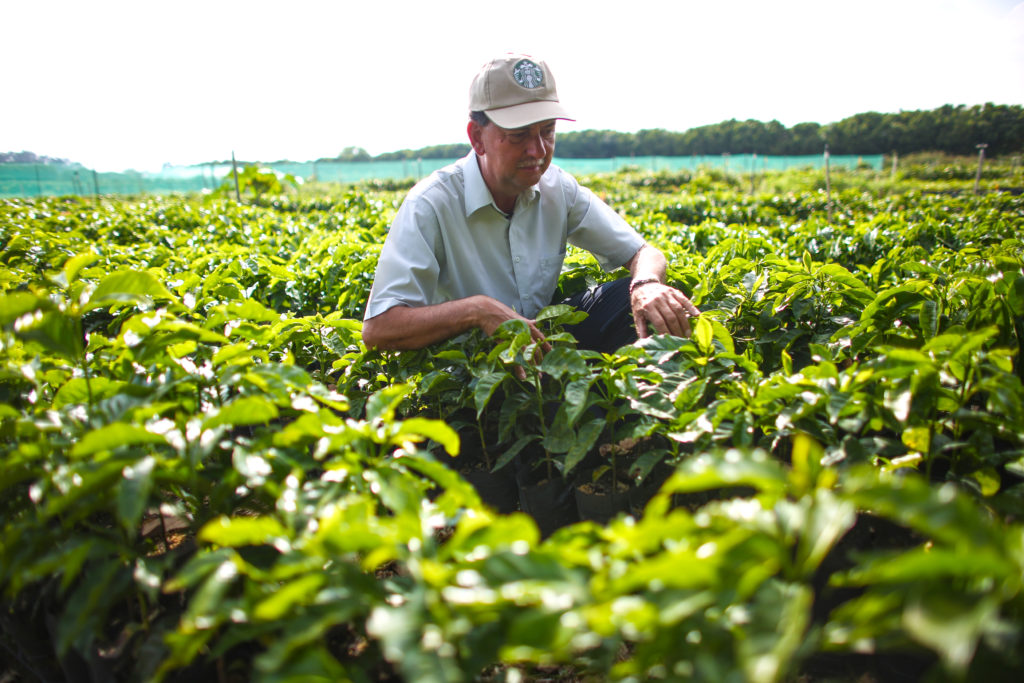 William Chacon, owner of the Café Las Peñas farm in Sabanilla, Costa Rica, has been working with Starbucks agronomists for more than 10 years, even when his farm is not selling to Starbucks.

“There are many problems related to deforestation, and the coffee gets damaged by disease, and so the quality suffers too,” said Chacon. “With Starbucks help, we are producing new varieties of coffee. The quality is good because the leaves and the plants grow healthy.”

In the Farmer Support Center's first year of operation, 43.5 million pounds of green (unroasted) coffee were purchased from C.A.F.E. Practices-approved suppliers, representing 14.5 percent of total coffee purchases. In the 15 years that followed, purchases under the program continued to grow and Starbucks expanded its global network of farmer support. A satellite location in Guatemala City opened in 2006, followed by Rwanda in 2009, Tanzania in 2011 and Colombia in 2012. Field by field, farm by farm – this new approach to sustainable sourcing was taking root.

“I made up my mind, someday, Starbucks will be the benchmark for Yunnan coffee,” he said. 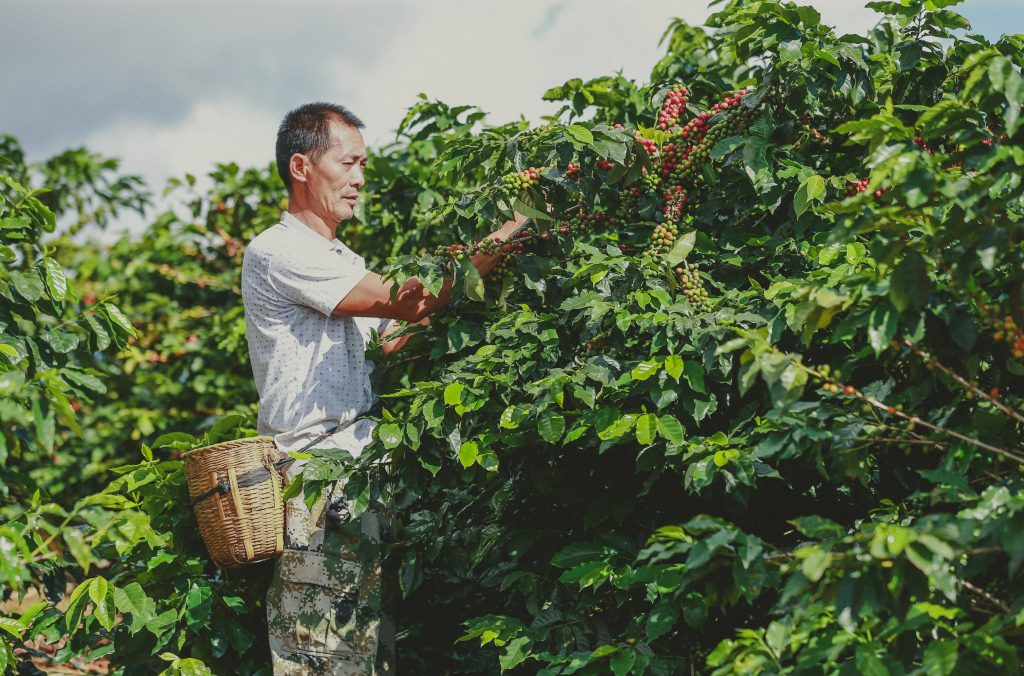 Since then, he and his team have trained nearly 10,000 farmers in China in sustainable farming practices and 1,200 farms are now verified through C.A.F.E. Practices. They are also putting resources toward creating pathways out of poverty in coffee farming communities across the region.

After opening two more Farmer Support Centers in Ethiopia (2014) and Indonesia (2015), Starbucks’ oldest Farmer Support Center also became its newest. In 2016 the San José agronomy center moved from its downtown office building to a farm 15 miles up a mountain road to the foot of the Poàs Volcano. The 600-acre working farm and visitor’s center at Hacienda Alsacia serves as Starbucks global agronomy research and development center.

“I can show [farmers] how we have been doing things,” said Victor Trejos, general manager of Hacienda Alsacia. “How we have been planting, how we fertilize, soil tests … and how they can do the same.”

The farm includes 14 hectares dedicated to research. It’s a testing ground to push the boundaries of agronomy research to breed trees that are resistant to coffee leaf rust, or roya, which is ravaging coffee crops in Latin America. The team also analyzes soil, fine tunes pruning techniques, and supports farmers in other ways to increase coffee trees’ quality and productivity. Its findings aren’t kept in a company vault; they are shared freely with researchers and farmers everywhere.

Starbucks opened its tenth Farmer Support Center in Brazil in August 2021. To date, Starbucks has trained more than 200,000 farmers providing free access to education and resources through its Farmer Support Centers. Its aspiration is to make coffee the world’s first sustainably sourced agricultural product.

But for Rodriguez, the accomplishment is best measured one farm, one farmer at a time.

“To me, as a professional, as a partner, it’s the best part really when you start working with a particular farmer and see that they are improving their living conditions and being able to keep producing coffee as a good business,” he said. “That’s the best. It’s really something that motivates us.” 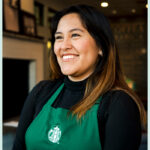 How coffee farmers in Mexico’s highlands are navigating the winds of change.

How Starbucks is working with farmers to adapt to a changing climate.