A conversation and learning session on race, bias, and creating an environment that is welcoming to all.

On May 29, we closed 8,000 Starbucks stores in the United States for four hours — so 175,000 Starbucks partners could come together for a conversation and learning session on racial bias.

This was a foundational step in renewing Starbucks as a place where ALL people feel welcome. Starbucks partners shared life experiences, heard from others, listened to experts on bias and racial anxiety, reflecting on the realities of bias in our society and talking about how all of us can work together to create public spaces where everyone feels like they belong. 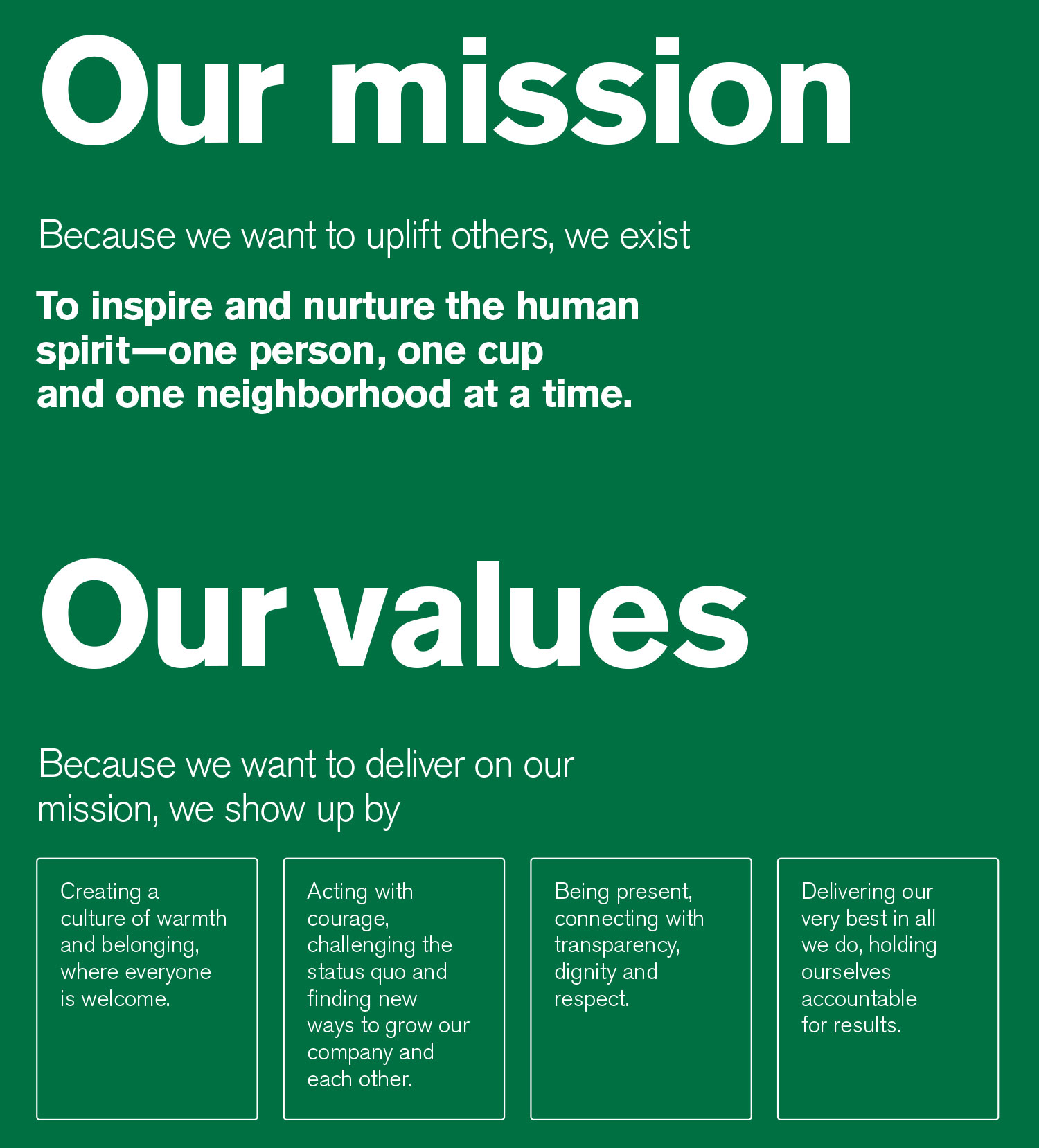 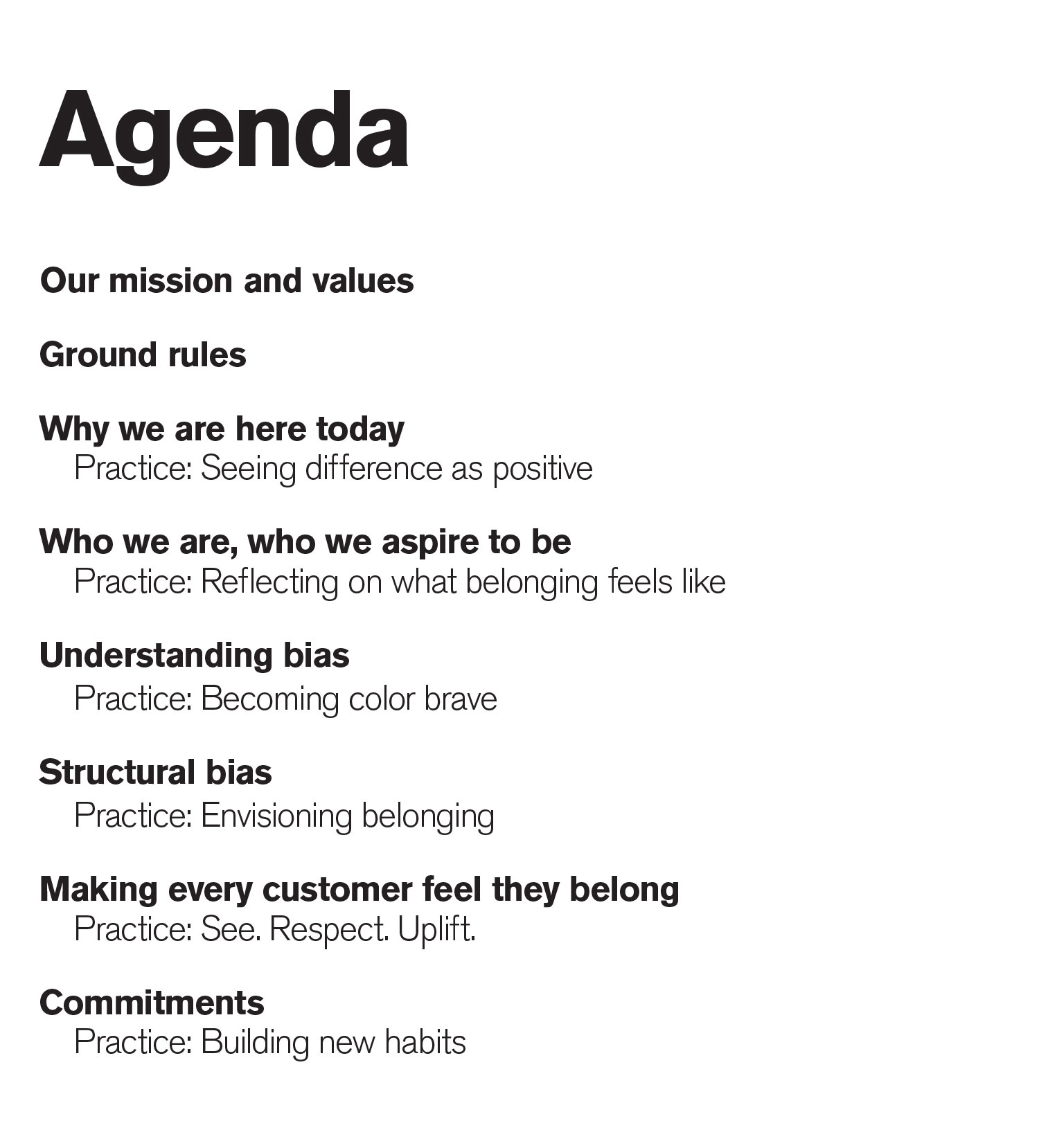 The guidebook was designed for groups of three to five Starbucks partners to work through the learning session at their own pace — self-directed versus heavily moderated. Each module in the guidebook follows the same pattern — some form of inspiration (a film, a look into mind science, a leader sharing a story) followed by self- or group reflection and a chance to practice.

A personal and private tool for partners to self-reflect on behavior and the realities of bias in our society.

Films and documentaries to stimulate both a new understanding and a will to act.

Video 2:
Starbucks president and ceo Kevin Johnson on why we are here today

Video 4:
Howard Schultz — Who We Are, Who We Aspire to Be

Video 7:
Common — Seeing Your Own Bias

Video 8:
Filmmaker Stanley Nelson’s documentary on the story of access to public spaces in America

This independently created film by Stanley Nelson was underwritten by Starbucks with the intent of educating our partners about the history of access to public spaces for African-Americans. The film explores the impact of bias within public accommodations as well as the possibilities for a better future. The film is integrated into the curriculum and discussion materials that are shared with Starbucks partners (employees).

Video 16:
Audio — Large Group of Students Come in at Once

Video 18:
Audio — Customer Tries to Return Something Without a Receipt

Video 19:
Roz — What to Expect Tomorrow

Video 21:
Kevin — Sticking With It 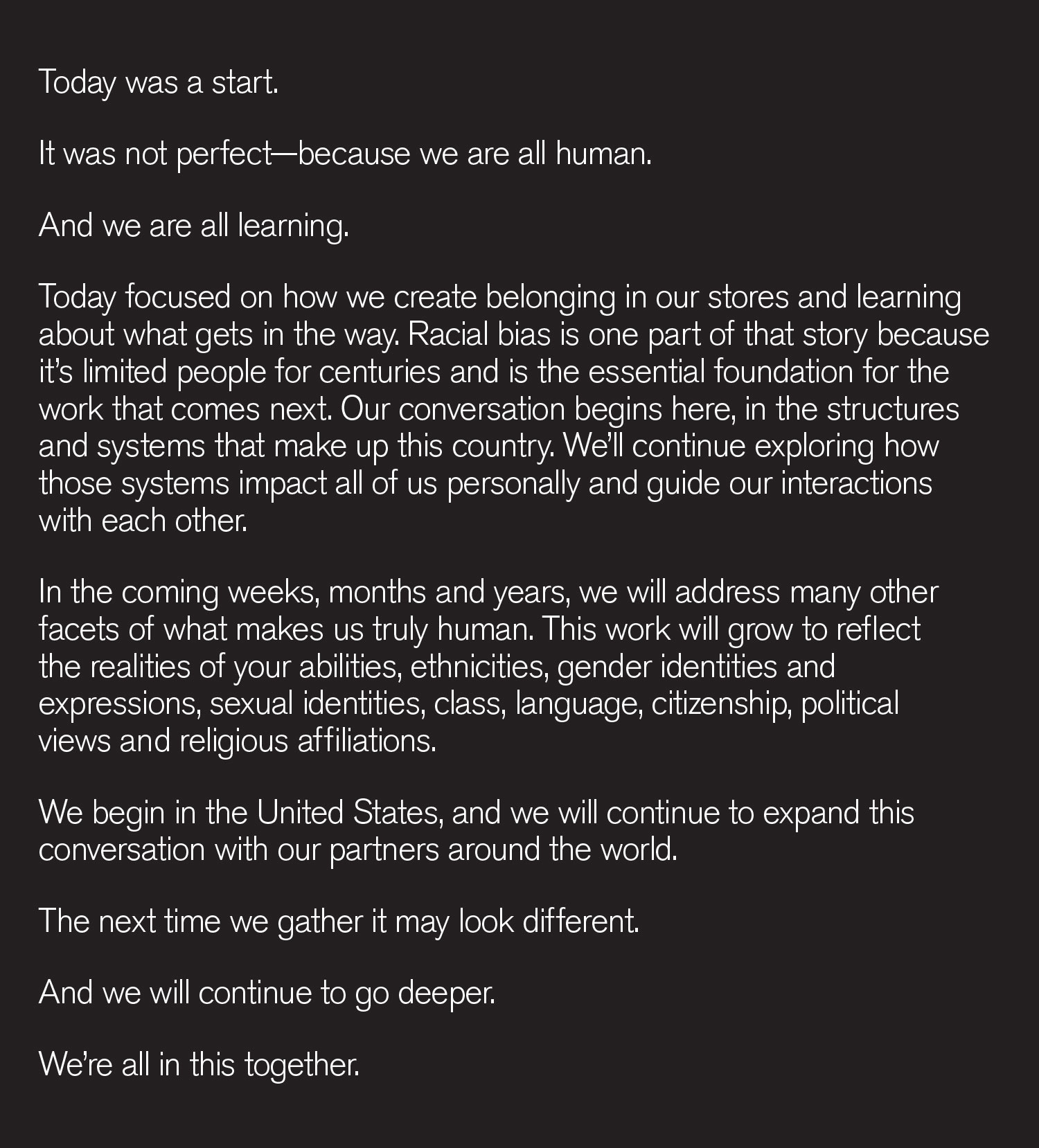 Meet Courtney Johnson, a district manager working to be ‘the catalyst for change’

“I love who I am and what I represent. I love the color of my skin and I’m proud to be an African American. I’m showing what’s possible,” he says.

From the neighborhoods where our stores are located to the fields where our coffee is grown, we are dedicated to making a difference wherever we do business.