A perfectly pulled shot is the heart of Starbucks handcrafted espresso beverages. The rich extract is produced when finely ground coffee comes into contact with hot water under high pressure, which cascades into the cup in a steady, thin stream with the appearance of warm honey. The shot settles with a thick, dark gold crema on top to produce a concentrated and aromatic flavor for the millions of handcrafted lattes, macchiatos and americanos served each week by Starbucks baristas around the world.

The history of Starbucks espresso

The first Starbucks espresso beverage served was actually a bit of an experiment.

When Starbucks first opened in 1971, Starbucks was a roaster and retailer of whole-bean coffee that was scooped and bagged to be brewed at home. After a visit to Italy’s coffeehouses in 1983, Howard Schultz was inspired to bring espresso to Starbucks, and eventually persuaded the founders of Starbucks to include a tiny espresso bar in the back corner of its sixth whole-bean retail store as a test.

Schultz recalls that first drizzly morning in Seattle in April 1984. “We didn’t plan any pre-opening marketing blitz, and didn’t even put up a sign announcing Now Serving Espresso,” Schultz said in his book, “Pour Your Heart Into It.” “We decided to just open our doors and see what happened.”

Most customers had never even heard of the Italian drinks that were on the first menu, but these early baristas encouraged them to give them a try.

“I watched several people take their first sip. As I had, most opened their eyes wide, responding first to the unaccustomed burst of intense flavor,” Schultz wrote. “They hesitated, then sipped again, savoring the sweet warmth of the milk. I saw smiles as the full richness of the drink filled their mouths.”

Within a few weeks, the baristas could not make the beverages fast enough, and lines began spilling out the door.

“From the minute we opened, this much was clear to me: Starbucks had entered a different business,” Schultz said. “There could be no turning back.”

Although any coffee can be brewed as espresso, it takes a special blend that can hold its own as a doppio (double shot), or come through the steamed milk in a flat white. From that first day and for more than 40 years, Starbucks signature espresso coffee has been Starbucks® Espresso Roast. Created by Dave Olsen for his own coffeehouse in 1975, its hallmark is a special blend of beans darkly roasted in the classic Italian style to produce a rich and caramelly sweetness with a lingering roast finish.

A new twist on the classic

In 2013, Starbucks began offering a second espresso option in select stores from time to time, giving customers a chance to experience their favorite espresso beverages with a twist. Starbucks Origin Espresso in the U.K. offered seasonal single-origin options from growing regions around the world, and U.S. customers got to try Christmas Blend Espresso Roast as an espresso option during the 2015 holiday season.

Now Starbucks is offering a second espresso core option in the United States with Starbucks® Blonde Espresso. The new espresso, which first launched in Canada in 2017, offers beverages a lighter roast that provides a balanced and sweet flavor with a smooth, creamy feel.

“With our signature Starbucks Espresso Roast, the caramelly roast comes through in the beverage while Blonde Espresso is a sweeter, gentler flavor,” said Anthony Carroll of Starbucks Coffee team, who developed the new blend. “It’s a great way to invite new espresso drinkers to try our beverages, while also offering our seasoned coffee drinkers a way to experience our beverages in a new way.” 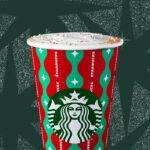