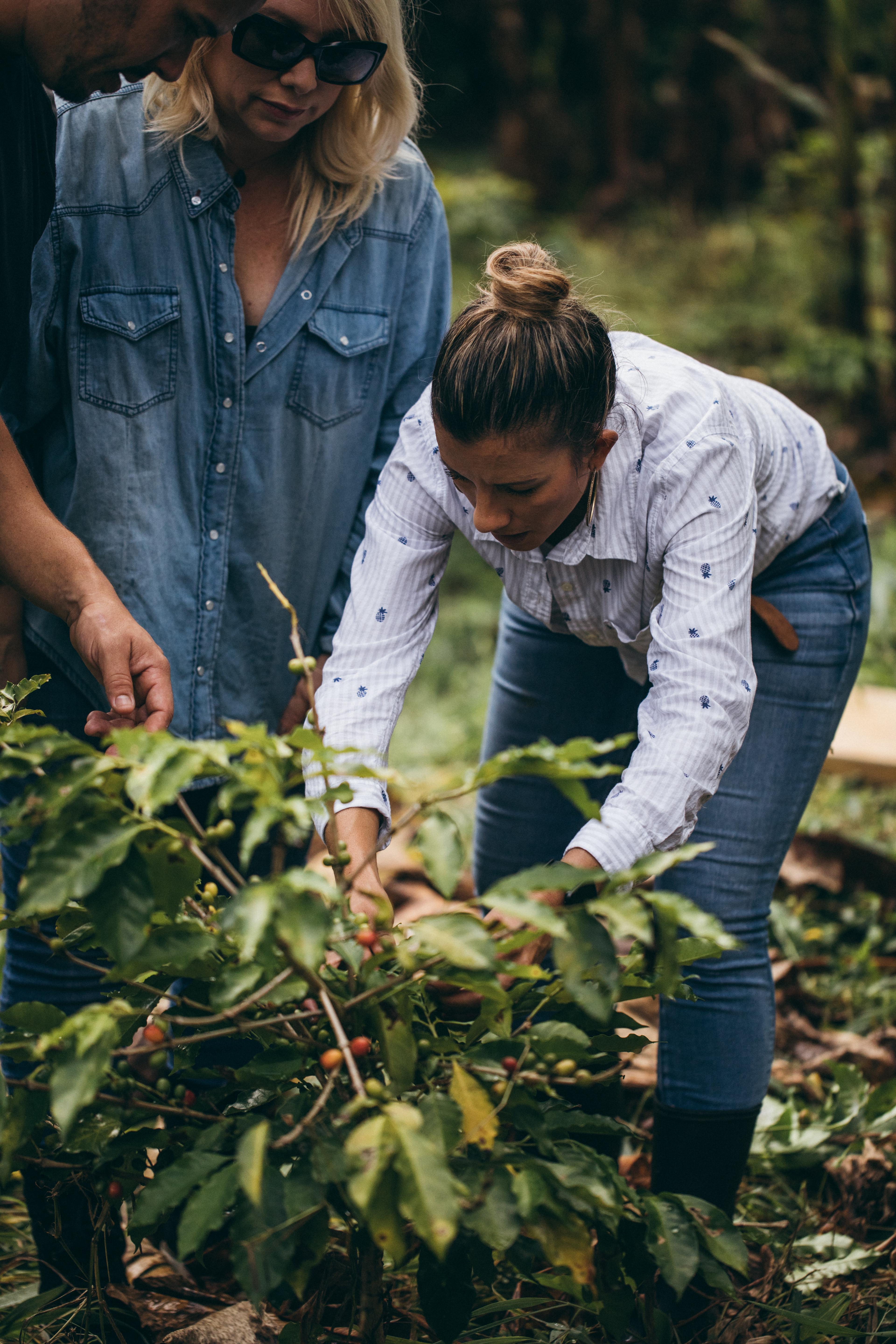 After Hurricane Maria came and went at the farm owned by Erica Reyes’ parents in the lush interior of Puerto Rico, more than 95 percent of the coffee crop was gone. Hardy coffee trees were split in two. Others lay sprawled in the dirt. “It was like a bomb went off,” says Reyes, who helps run the farm and operates a barista training school in San Juan.

The devastation at Hacienda Moraika was so widespread that Reyes and her parents, like many other Puerto Rican coffee farmers, couldn’t find seeds to start anew. They decided they wouldn’t replant unless they could source quality seeds, which seemed improbable — until now. 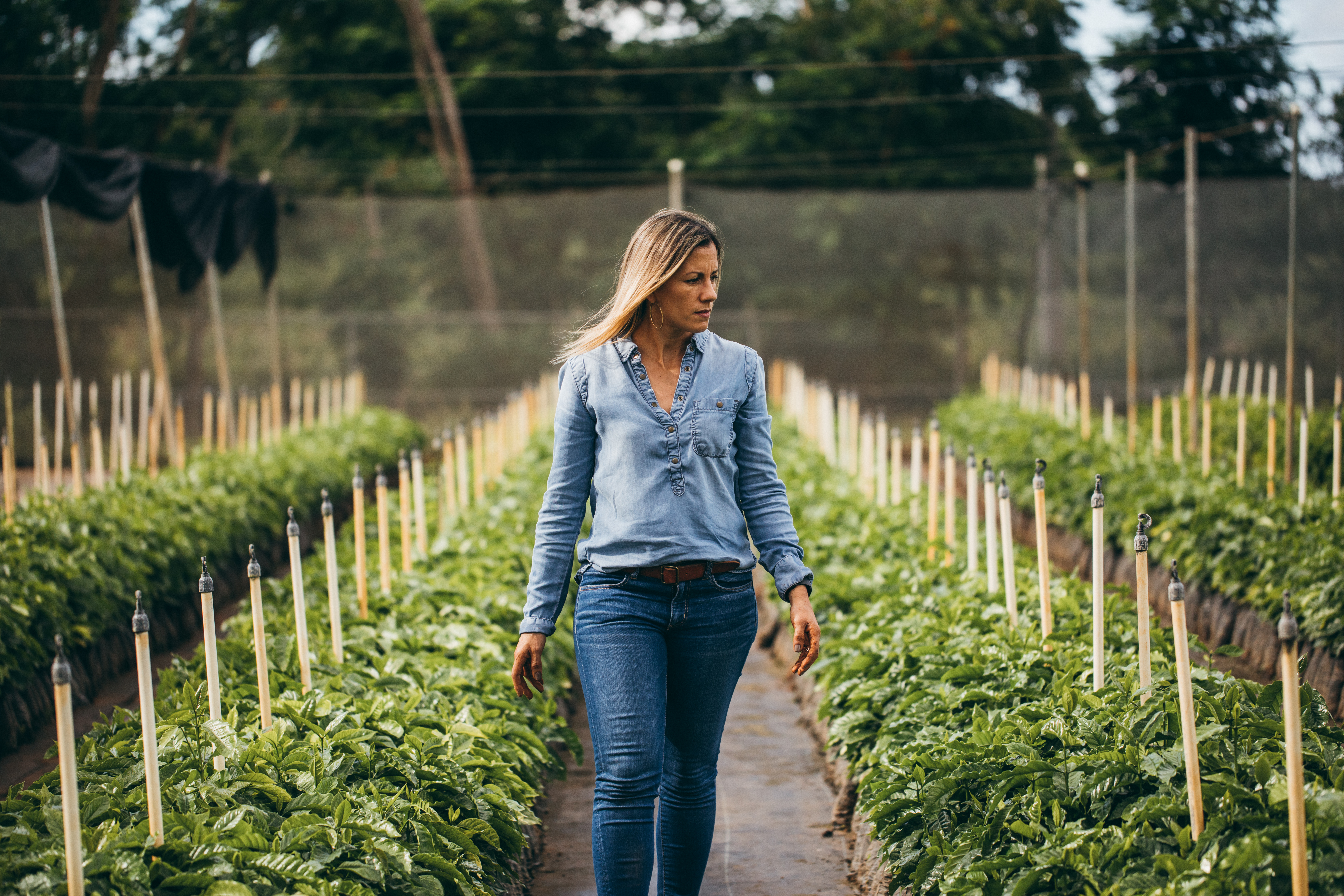 In a show of solidarity and support for rejuvenating Puerto Rico’s once-thriving coffee industry, Starbucks announced Tuesday that it is donating 2 million disease-resilient seeds to help farmers on the hurricane-ravaged island reboot the coffee industry.

“We have an opportunity and a responsibility to be part of creating a future for coffee farmers in Puerto Rico,” said Michelle Burns, Starbucks’ senior vice president, Global Coffee & Tea. “Providing seeds may sound simple, but that’s what gets directly to the farmer. It’s the purest example of our ability to have a direct impact.”

Starbucks has partnered to form a task force of farmers, officials, academics and non-profits, including Hispanic Federation founder Luis Miranda. “My family loves coffee. Coffee has been part of Puerto Rico’s agricultural heritage for centuries,” Miranda said. “After Maria razed coffee plantations on the island, we must work harder to rebuild the sector smartly, resiliently and profitably for small farmers. The collaboration among Starbucks, coffee growers, Hispanic Federation and other non-profits as well as Lin-Manuel and our family, is an important step in this rebirth.”

The commitment builds upon the company’s history of supporting communities hit hard by disaster or political conflict. Starbucks worked with Eastern Congo Initiative to piece Congo’s coffee industry back together after decades of conflict. The company supports farmers in Colombia who used to grow coca, fueling illicit drug trade, but want to transition to growing coffee. And it established the 100 Million Trees program to help farmers in Latin America combat coffee leaf rust, a fungus known as roya that has affected millions of trees worldwide, causing a decline in coffee production. By 2025, Starbucks intends to donate 100 million coffee trees to help farmers replace disease-ridden trees with, rust-resistant ones. Thirty million have been planted so far.

“This is something in our DNA,” said Kelly Goodejohn, director of Starbucks’ ethical sourcing program. “We have rallied in other circumstances, following earthquakes in Guatemala and Mexico, and after civil conflicts, to support coffee. This is just another example of how we show up.”

Task force is working together to help the coffee industry recover

Last fall, Starbucks commissioned World Coffee Research to survey hurricane-related damage sustained by Puerto Rican coffee farms. The coffee industry estimates that 80 percent of the island’s coffee trees were devastated by the harsh winds and flooding – about 18 million trees. Altogether, the lost beans and trees amounted to $18 million in damage.

Even those trees that were spared and left standing need some rehabilitation if they are to produce coffee in the future. To that end, Goodejohn has made multiple trips to Puerto Rico since the hurricane to launch a task force of farmers, roasters, agriculture officials, non-profits and academics from the University of Puerto Rico, keeping the task force moving forward in its mission to assist the coffee industry with rebuilding and recovery efforts.

It hasn’t been easy finding the right seeds to replant. Because the hurricane destroyed so much of the island’s coffee infrastructure, the 2 million seeds that Starbucks is donating are not the Limani or Fronton varietals native to Puerto Rico. The future of those two types of coffee trees are in doubt.

In fact, in many coffee-producing countries, farmers often are unable to guarantee that the variety they are planting is truly the one that they think it is. This leads to a mix of local varieties on the fields with different levels of productivity and disease tolerance.  World Coffee Research tested the genetic purity of Puerto Rico’s local seed varieties. “Now we are preparing new seed lots for the future,” said Kraig Kraft, global programs director at World Coffee Research. A seed lot is a parcel of plants designated specifically for the purpose of producing coffee seeds.

When faced with piecing back together a country’s entire coffee crop, a single seed lot won’t do the trick. To kickstart the process, researchers selected a genetically similar variety from Mexico called Marsellesa, produced by a nursery that can genetically verify that the seedlings are true to type. It is resistant to rust, giving the seeds a leg up in a climate that is no stranger to rust invasions.

There is some trepidation within Puerto Rico about starting anew and welcoming a new coffee varietal to the island, but there is little choice. Quarantining the seeds will ensure that no new pests are introduced to the island. “We are hoping that this is the catalyst that helps restart the seed sector in Puerto Rico,” says Kraft. 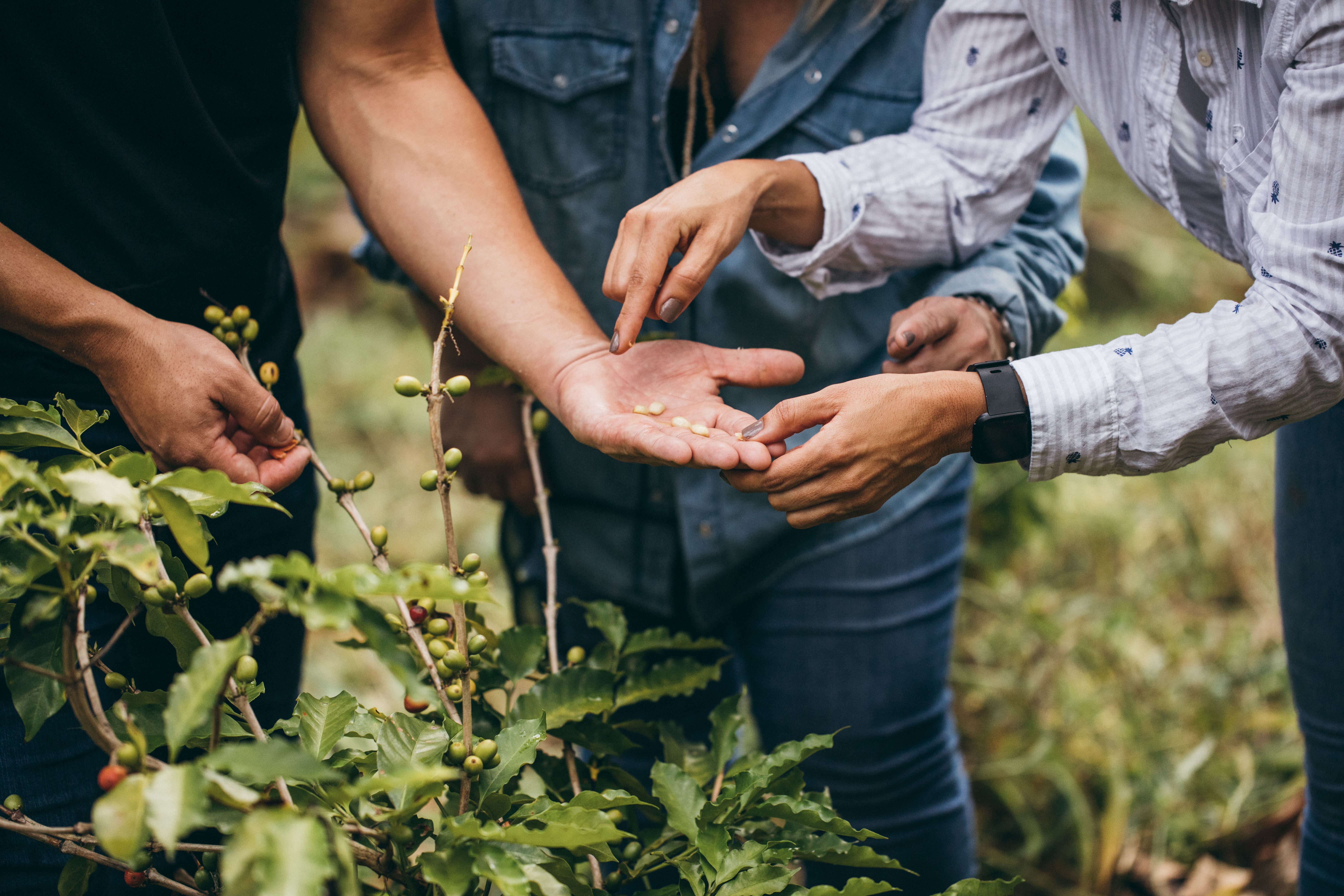 If the vision is successful, Puerto Rico’s coffee industry could experience a renaissance. Currently, Starbucks buys from just one farm on the island, Hacienda San Pedro, which is verified as C.A.F.É. Practices, the company’s quality and sustainability standards for growing practices, sustainability and processing.

But Starbucks would like to support more farmers in reaching that goal. “The coffee we buy in Puerto Rico is served locally,” said Goodejohn. “There is a real sense of pride for partners and customers who can come in and taste the high-quality coffee coming off the island. We are trying to preserve that and to build upon it.”

The 2 million seeds are just a portion of the 20 million needed to fully rebuild the industry in Puerto Rico. But Puerto Rican greenhouses don’t even have enough capacity to germinate all 2 million seeds at once. They will be germinated in phases, says Kraft.

Starting from scratch also offers the opportunity to retrain farmers in best practices for coffee-growing. World Coffee Research will provide training in technical and operational practices — choosing the right kind of soil, for example, or leaving the correct amount of space between seedlings when planting new fields.

But before they can lay seedlings in the ground, farmers will have to be patient. The seeds have a months-long journey ahead of them. They are expected to arrive this month in Puerto Rico, where they will be quarantined until the Department of Agriculture signs off that they are healthy and pest-free. The department’s Secretary, Carlos Flores Ortega, is rooting for the quarantine process to go smoothly. “The support from Starbucks will help in the recovery of the trees lost during the hurricane and reestablish coffee production in Puerto Rico,” he said.

As the seeds are being quarantined in nurseries for five months, they will germinate into seedlings and will undergo hardening, a process in which they’re gradually moved outdoors to be exposed to sun, wind, rain and outdoor temperatures. Only then will they be distributed to primarily smallholder farmers to plant come springtime 2019.

At that point, gratification is still many months away. It takes about three years for a coffee tree to become fertile and start producing quality coffee seeds. “A lot of TLC goes into this,” said Virginia Rivera, marketing director for Starbucks Puerto Rico. “The sooner we get the seeds to farmers, the sooner we can rebuild the local coffee industry.”

In the months after Hurricane Maria wreaked havoc, the Puerto Rican countryside was a mass of upturned, tangled roots and blue-tarped roofs, power lines dangling limply. Now, the land is already healing itself. “It looked post-nuclear,” said Rivera. “Now everything is beautiful and green again. Nature is really forgiving. I am hoping as Puerto Ricans we are as resilient as the land.”

Reyes, whose family farm awaits distribution of seeds, believes her fellow islanders are as resilient as they come. Despite the devastation wrought by Maria, Puerto Ricans are committed to reinvigorating the coffee industry, excited at the chance to begin again. “Our people on the farm are ready,” Reyes said. “We just want good seeds so we can start over. Of course I wish the hurricane didn’t happen, but now we have an opportunity to rebuild better than before.” 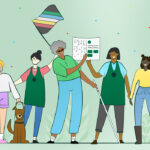 During Latinx Heritage Month, Starbucks is proud to celebrate the stories of our partners who identify as Latinx, and to share just some of the many experiences and identities that represent the diversity of this community.