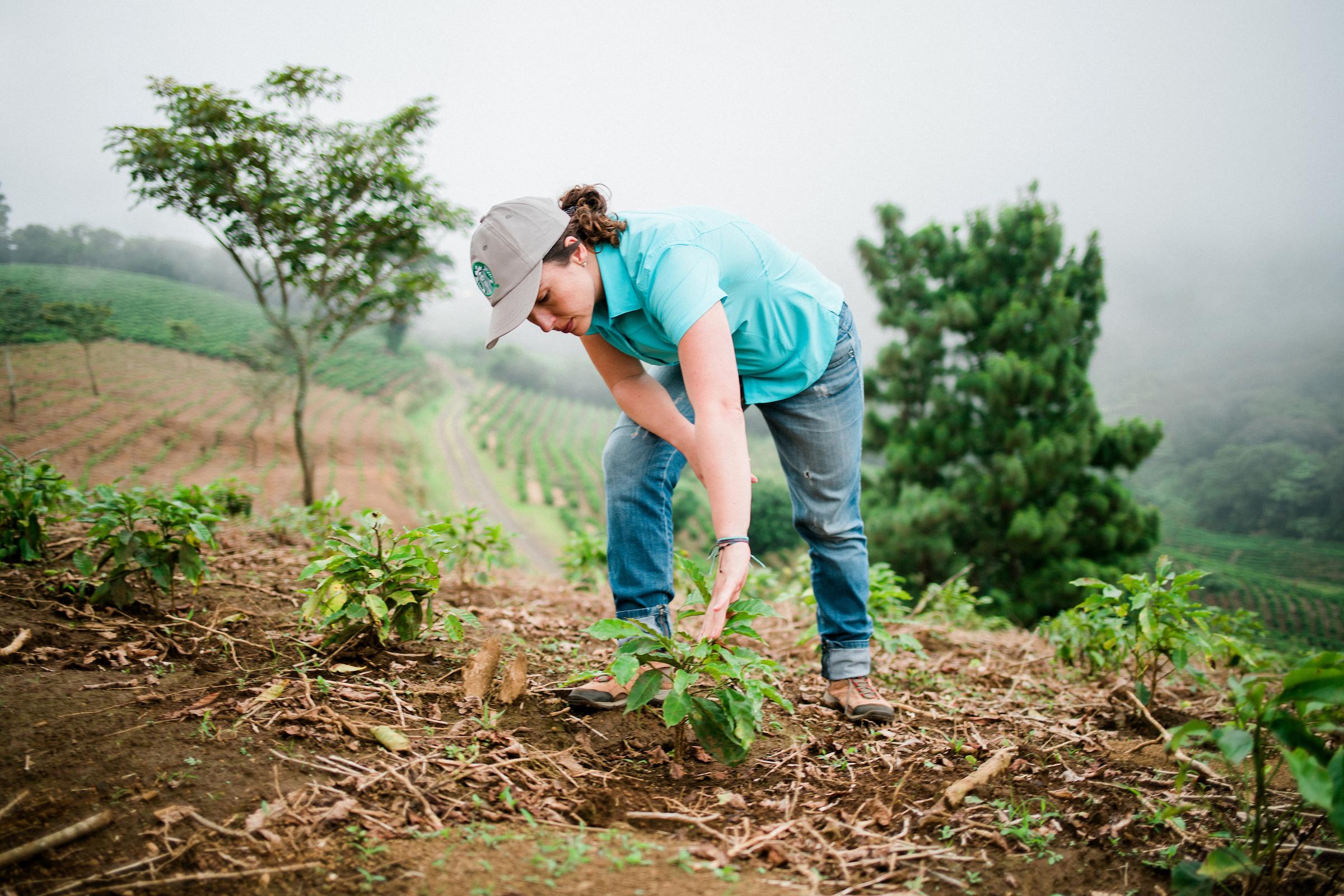 Starbucks is a coffee company that is all about people. It all starts with coffee – high-quality coffee served to customers around the globe. But it is the lens of humanity that has helped redefine the role of a for-profit company.

In 2018, some of the company’s most important moments showcased that spirit: creating opportunity for young people; hiring and caring for military families; standing firm against bias; educating and serving coffee farmers. There were also a couple of great parties as Starbucks opened a Reserve Roastery in Milan, Italy, and New York City.

Here are some of the pictures that showcase 2018’s amazing moments.

Partners cheer during an apron presentation ceremony on Saturday, Oct. 20, 2018, at Starbucks first U.S. Signing Store in Washington, D.C. The store is led by a diverse team of employees who are all fluent in American Sign Language. The store ,inspired by a similar store in Kuala Lumpur, Malaysia, that opened in 2016, is down the street from Gallaudet University, a bilingual (English and ASL) institution for Deaf and hard-of-hearing students. The infrastructure and experiences in the Washington store were designed to create the best possible experience for partners and customers, whether they are Deaf, hard of hearing or hearing. (Joshua Trujillo, Starbucks)

Participants line up to enter the 100,000 Opportunities Initiative Atlanta Hiring Fair, on May 3, 2018. More than 2,600 young Atlantans attended the fair, hundreds of whom walked away with job offers from 50 participating employers. (Joshua Trujillo, Starbucks)

Christian Hughes, 20, watches as his twin brother, Christopher, works on tying a tie at their home in a suburb of Atlanta. The next day, May 3, 2018, Christopher attended the 100,000 Opportunities Initiative Atlanta Hiring Fair and was offered a job by Starbucks. (Joshua Trujillo, Starbucks)

Hunter Pomory is held by his dad, David Pomory, a member of the U.S. Navy, and grins at his mom, Cheyenne Pomory, a Starbucks partner. They were attending a dedication of the Starbucks Bucklin Hill Military Family Store in Silverdale, Wash., April 10, 2018. The store is a hub for military members and spouses from Naval Base Kitsap-Bangor. Starbucks has opened more than 50 Military Family Stores. (Joshua Trujillo, Starbucks)

Six-year-old Treerindia Kaur looks through the window of her mom’s car on Oct. 25, 2018, after being picked up at school. The Kaur family spent their first night experiencing homelessness sleeping in their car, before coming to Mary’s Place, a Seattle-based service for women and families. Mary’s Place helps homeless women and families find shelter and a path to stable housing. For the third year, Starbucks has worked to support Mary’s Place through the No Child Sleeps Outside campaign to bring homeless families indoors and eventually into housing.  (Luanne Dietz, Starbucks)

Notes are shown on the door of the original Starbucks store at Pike Place Market in Seattle, Wash., on May 29, 2018. About 8,000 company-owned Starbucks stores in the United States closed for four hours that day so store partners could participate in training and discussion around race and implicit bias. (Joshua Trujillo, Starbucks)

Banners hang in the atrium of Starbucks corporate headquarters in Seattle on Oct. 28, 2018, the day after the mass shooting at the Tree of Life synagogue in Pittsburgh.  (Joshua Trujillo, Starbucks)

Starbucks founder Howard Schultz gets a hug at the Starbucks Support Center in Seattle on June 4, 2018, after telling the headquarters staff that he was retiring. After four decades with the company, Schultz stepped away from his role to become chairman emeritus.  (Joshua Trujillo, Starbucks)

The Pride flag is raised on the roof of the Starbucks Support Center in Seattle on June 18, 2018. The flag raising has become of feature of Pride week events in Seattle. (Joshua Trujillo, Starbucks)

Coffee is roasted in the Starbucks Reserve Roastery in Milan, Italy, on Aug. 2, 2018. The Milan Roastery is an intricate masterpiece of Italian craftsmanship and coffee innovation, and the first Starbucks to open in the country that inspired founder Howard Schultz in the early years of the company. (Joshua Trujillo, Starbucks)

A ribbon is shown on the historic Poste building during the VIP opening celebration for the Starbucks Reserve Roastery in Milan Italy on Thursday, Sept. 6, 2018. Thunderstorms canceled a planned performance in front of the new roastery but didn’t dampen the celebration for the opening of the first Starbucks in Italy. (Starbucks Newsroom)

Coffee is roasted at the Starbucks Reserve Roastery New York City on Dec. 11, 2018. New York has been an important market for Starbucks; the roastery is the company’s fourth inspiring coffee extravaganza around the world. (Connor Surdi, Starbucks)

From left, Justin McNeil, along with his kids, Daisy, 6, Kirby, 12, Frank, 9, and his wife, Niki McNeil, make a gingerbread house with family friend Vince Villano at the McNeil home in DuPont, Wash., on Dec. 16, 2018. Starbucks barista Niki McNeil befriended her regular customer, Villano, an Army veteran who has a genetic kidney disease. Her husband, Justin, also an Army veteran, donated one of his kidneys to Villano, on Dec. 26, which was also Justin McNeil’s birthday. (David Ryder, Starbucks)