Italian baker Rocco Princi conducts his bakeries like operas. Each one is a theatrical, detailed spectacle of artisanal food – which explains why they were so popular when he opened his first one in Milan in 1986.

Since then, he’s opened more locations in Milan as well as bakeries in London, Chicago and New York. In 2016, he teamed up with Starbucks to become the sole provider of baked goods at Starbucks Reserve Roasteries worldwide.

As his unique brand of experiential baking continues to take the world stage, Rocco took Starbucks Stories on a walking tour of the favorite places in his hometown to help explain the magic behind the Princi tagline “The Spirit of Milan.” 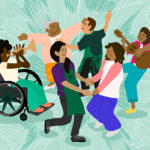