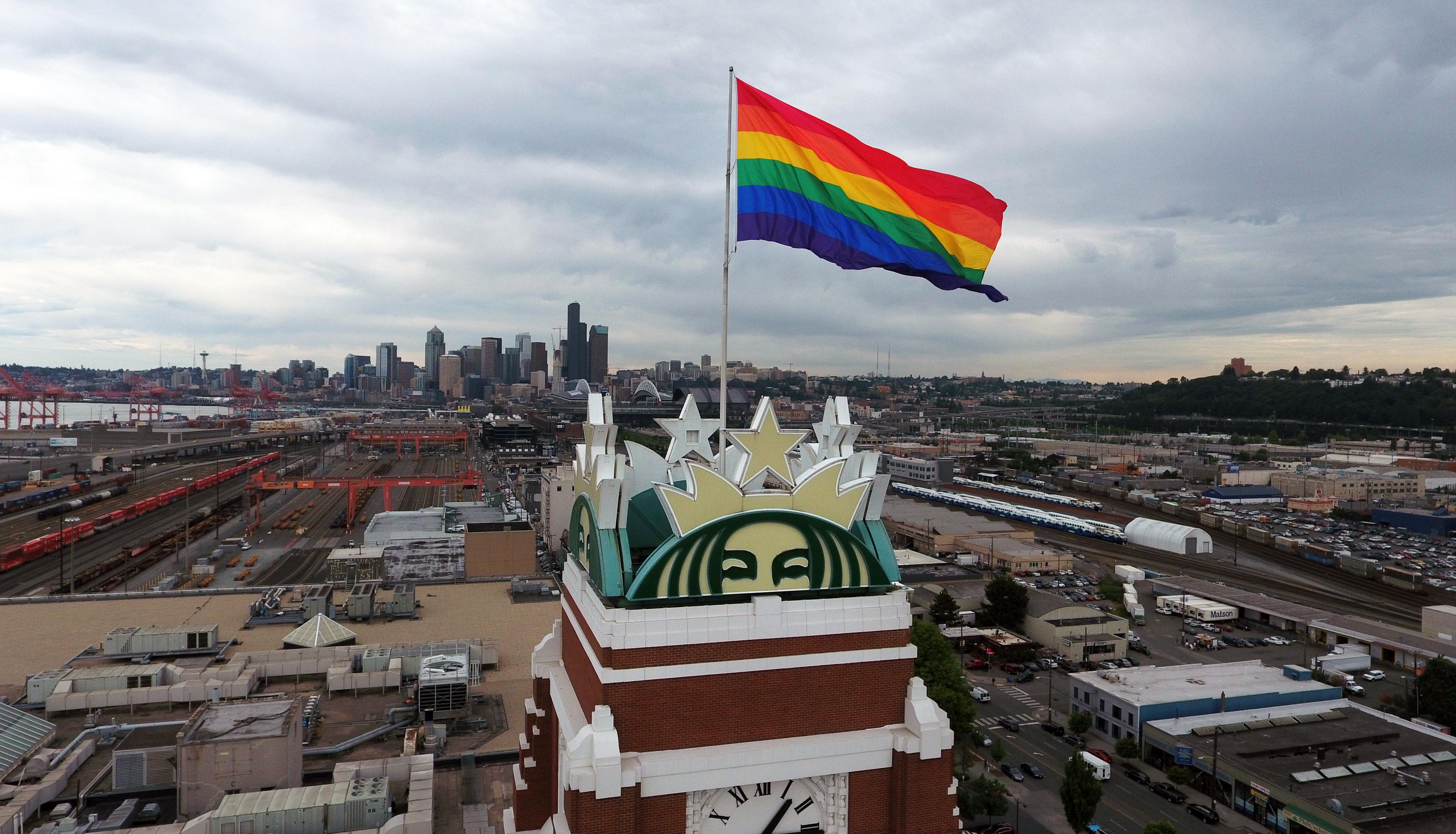 The colorful flag that flies above Starbucks headquarters in Seattle is among the largest ever made to celebrate LGBTQ inclusion, fluttering more than two stories above the Siren’s crown. To celebrate its fifth annual appearance, hundreds of Starbucks partners gathered on the terrace today, phones aimed skyward, to watch the iconic bands of color unfurl above Seattle. The 19-by-38-foot flag will remain through this weekend’s Seattle Pride Parade.

“This has become a tremendous tradition for us,” said Lucy Lee Helm, Starbucks chief partner officer. “Every year it gets bigger and bigger because of the pride that it instills in all of us. This flag is raised above our headquarters in support of not only the LGBTQ community, but equality for all of us at Starbucks and in our world.”

Two years ago, Tyler Smith, then a barista in Poughkeepsie, N.Y., logged on to Starbucks internal Partner Hub to watch the flag-raising on his phone. This year, he was one of the speakers at the flag-raising ceremony.

“It was such an inspirational moment to me to realize that this company supported me,” said Smith. He told the crowd that watching the video of the flag-raising spurred him to move to Seattle, where he got a job at the Starbucks Reserve coffee bar downtown. He’s now a senior coordinator on the Starbucks Food Innovation team and working toward his bachelor’s degree through the Starbucks College Achievement Plan.

“For me, this is such a magical moment right now to be here two years later on this stage with all of you,” Smith said.

Smith also serves on the board of the Starbucks Partner Pride Alliance, one of Starbucks first partner networks. Since its creation in 1996 with just 15 local partners, the network has grown to more than 500 members and allies from the Starbucks Support Center alone. Pride Alliance partners and friends take part in Pride events in cities around the world including New York, San Francisco, London, Chicago and Atlanta.

The Pride Alliance has also been an advocate for policies within Starbucks, including benefits to support transitioning transgender partners, transgender support guidelines in the workplace, and gender-neutral bathrooms. Helm credited the Alliance’s efforts for Starbucks 100% rating for LGBTQ inclusivity from the Human Rights Campaign.

“We would not be here and we would not have the policy development and unity without the leaders that created the Pride Alliance,” Helm said. 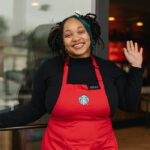