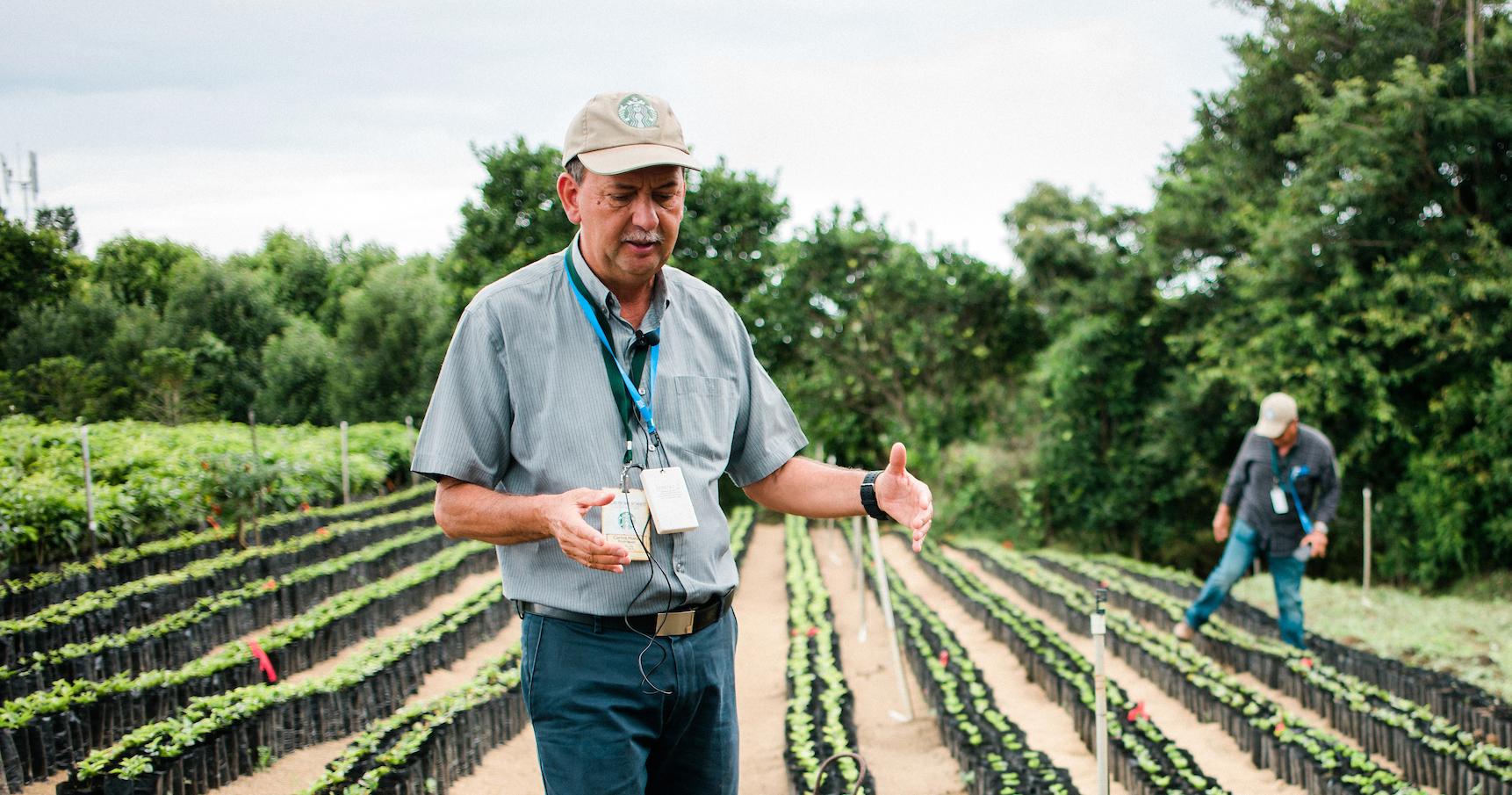 HACIENDA ALSACIA, COSTA RICA – They came from around the world, some speaking Spanish, others Mandarin, Kinyarwandan, Bahasa Indonesian and a host of other languages – but all were drawn together by the common language of coffee. 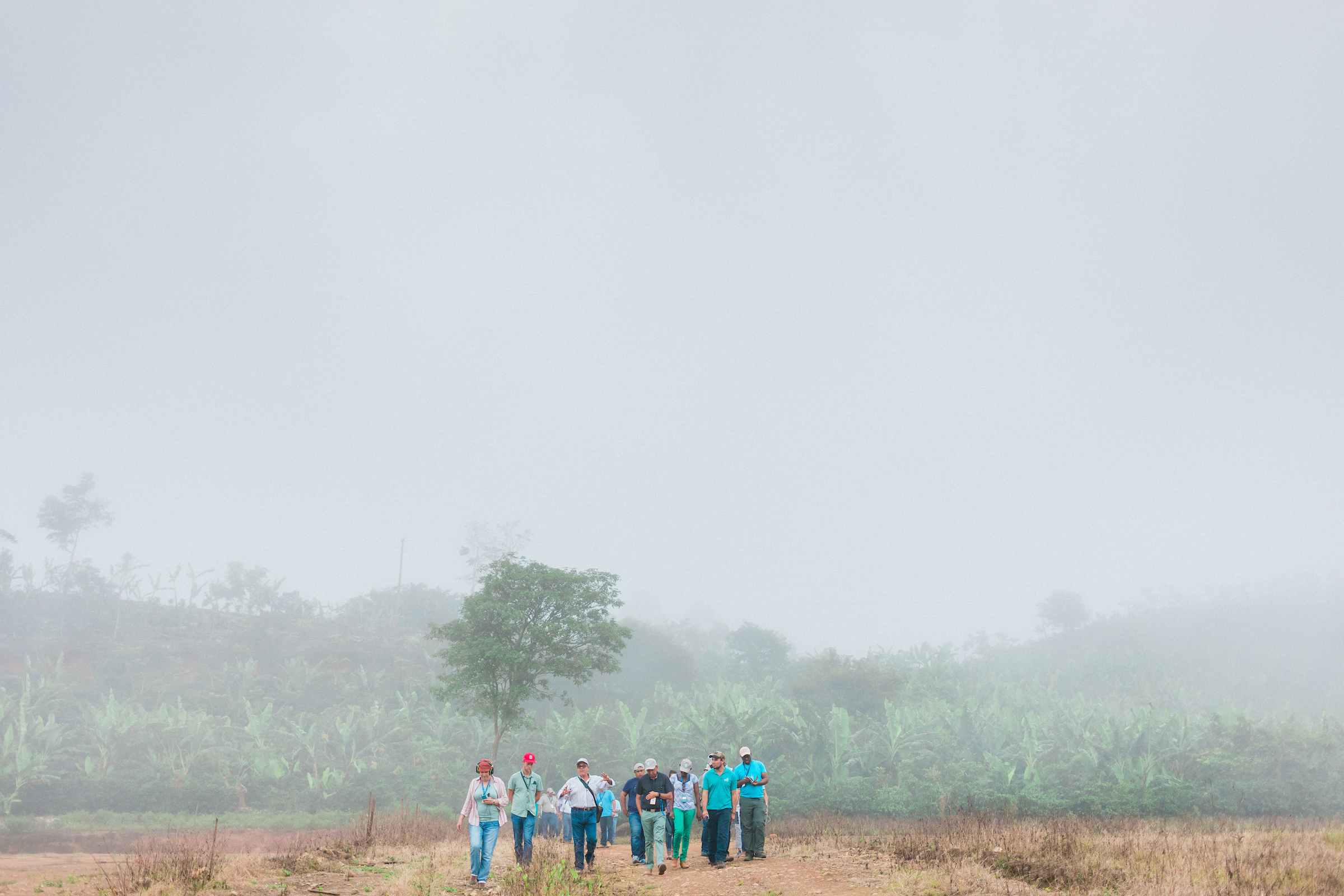 Earlier this month, more than a dozen agronomists from Starbucks Farmer Support Centers in Guatemala, Rwanda, Tanzania, Colombia, Ethiopia, Indonesia, Mexico and China as well as suppliers gathered in Costa Rica at Starbucks global research and agronomy center for a conference.

“We wanted to exchange information and support each other – and also show them what we are doing at the farm,” said Carlos Mario Rodriguez, who is the director of global agronomy at Starbucks. 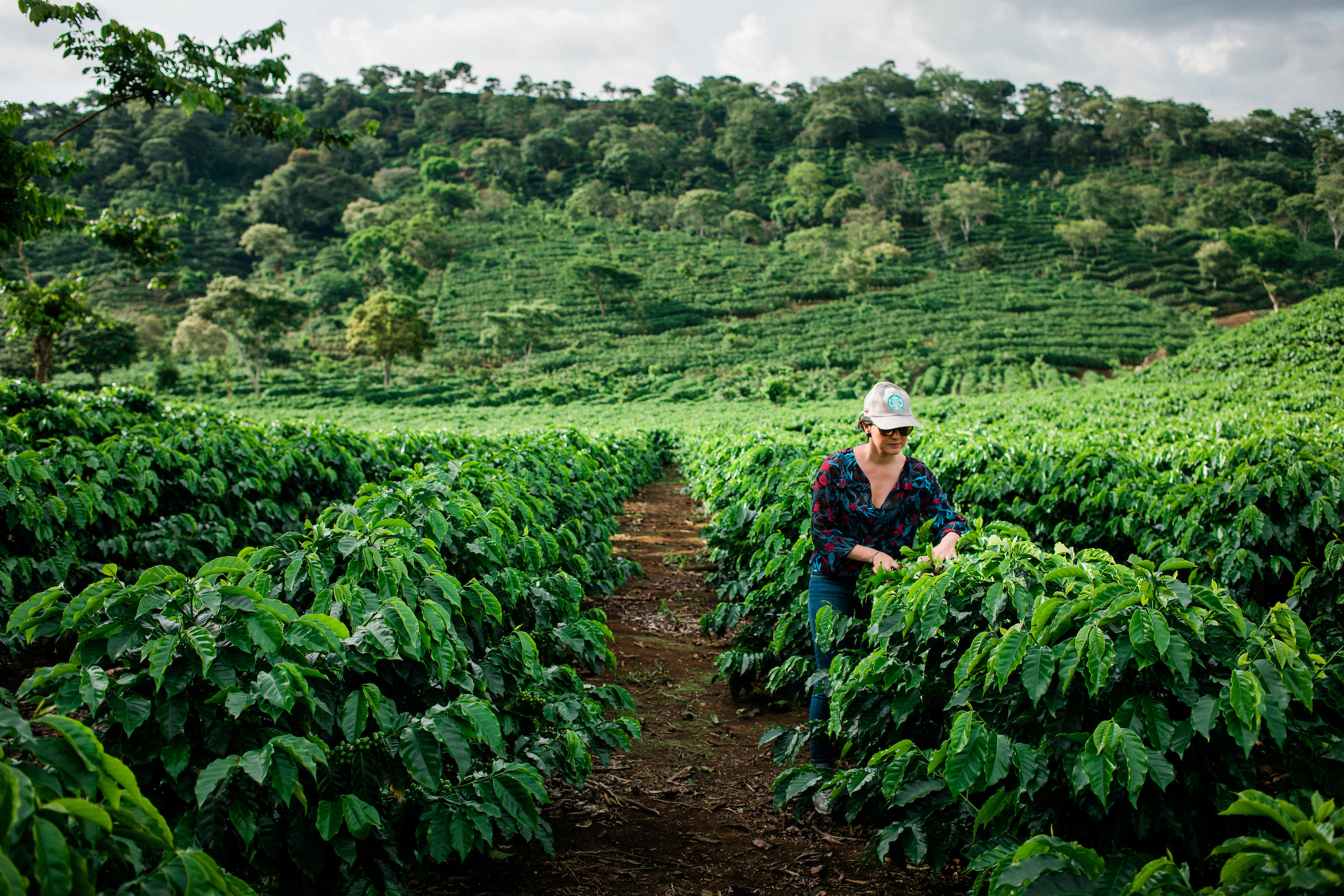 Starbucks opened its first Farmer Support Center in 2004 nearby in downtown San José, working one-on-one with farmers in the field as it launched its groundbreaking C.A.F.E. (Coffee and Farmer Equity) Practices verification program. In the years that followed, seven other farmer support centers, plus a satellite center, opened. In 2013 its original Costa Rica agronomy office relocated up into the slopes of the Poas Volcano to a working coffee farm, Hacienda Alsacia. Starbucks global support network helps coffee farmers improve the quality and profitability of their crops for all coffee farmers who want help, not only those who sell coffee to Starbucks.

“The company allows us to support farmers and help them for free,” Rodriquez said. “You are able to improve their living conditions. You can see these changes and solve problems.” 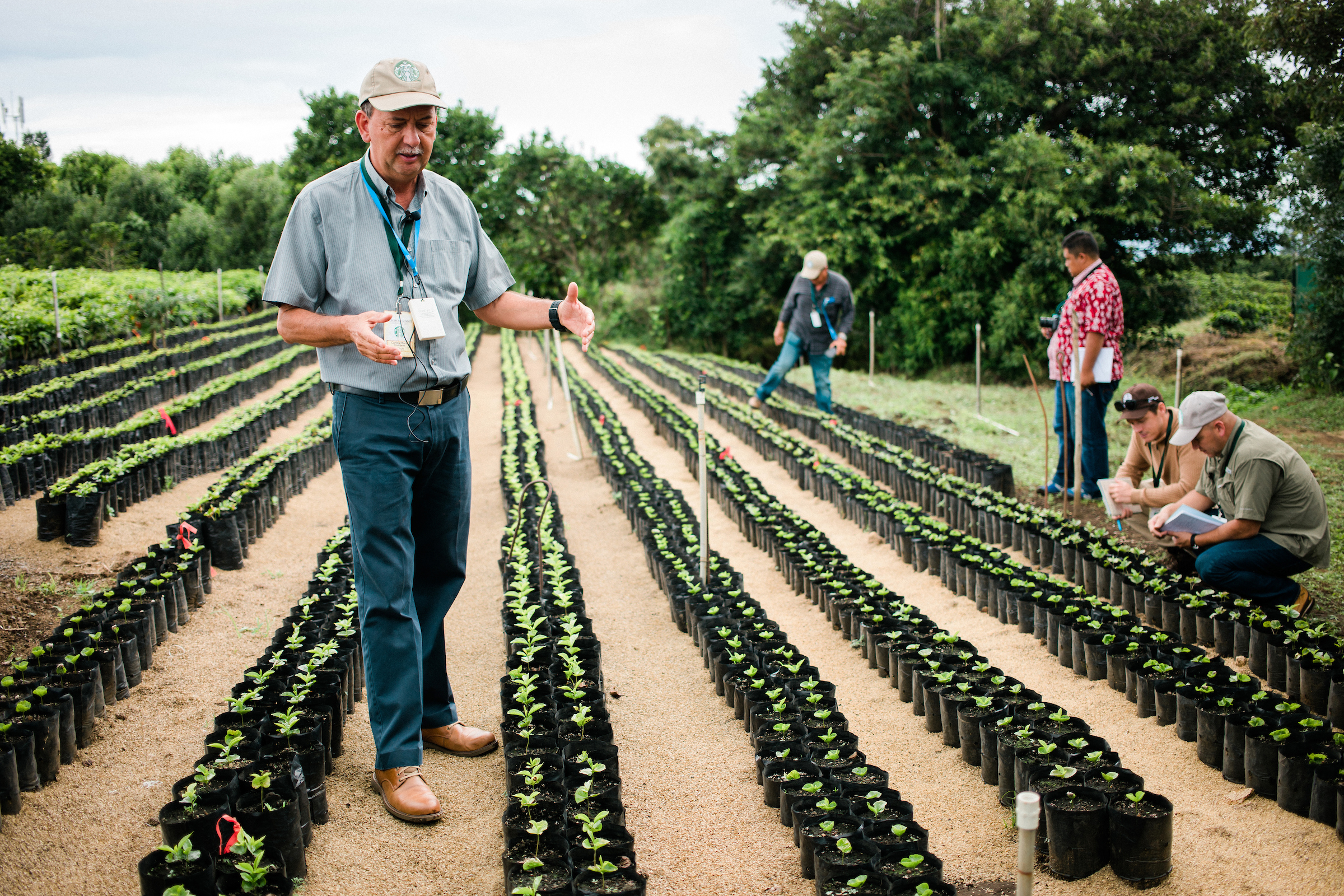 During the conference, held the week of Aug. 6, agronomists communicated through a combination of interpreters, their understanding of English and a shared passion for coffee. This was the second conference of its kind for Starbucks, said Rodriquez.

Each day, agronomists gave presentations on best practices on their own countries – being teachers for each other. “Coffee is a very unique crop. An agronomist working in Costa Rica knows almost nothing about coffee farmers in Ethiopia,” said Rodriquez.

The agronomists discussed larger issues, such as climate change. They visited a micro farm, as well as a large commercial farm. The walked down the “streets” of Starbucks Costa Rican coffee farm, the company’s only coffee farm in the world– Hacienda Alsacia -- created for research and development on the slopes of the Poas Volcano. They paused to let dirt crumble between their fingers and, see the coffee trees with their ripening cherries. 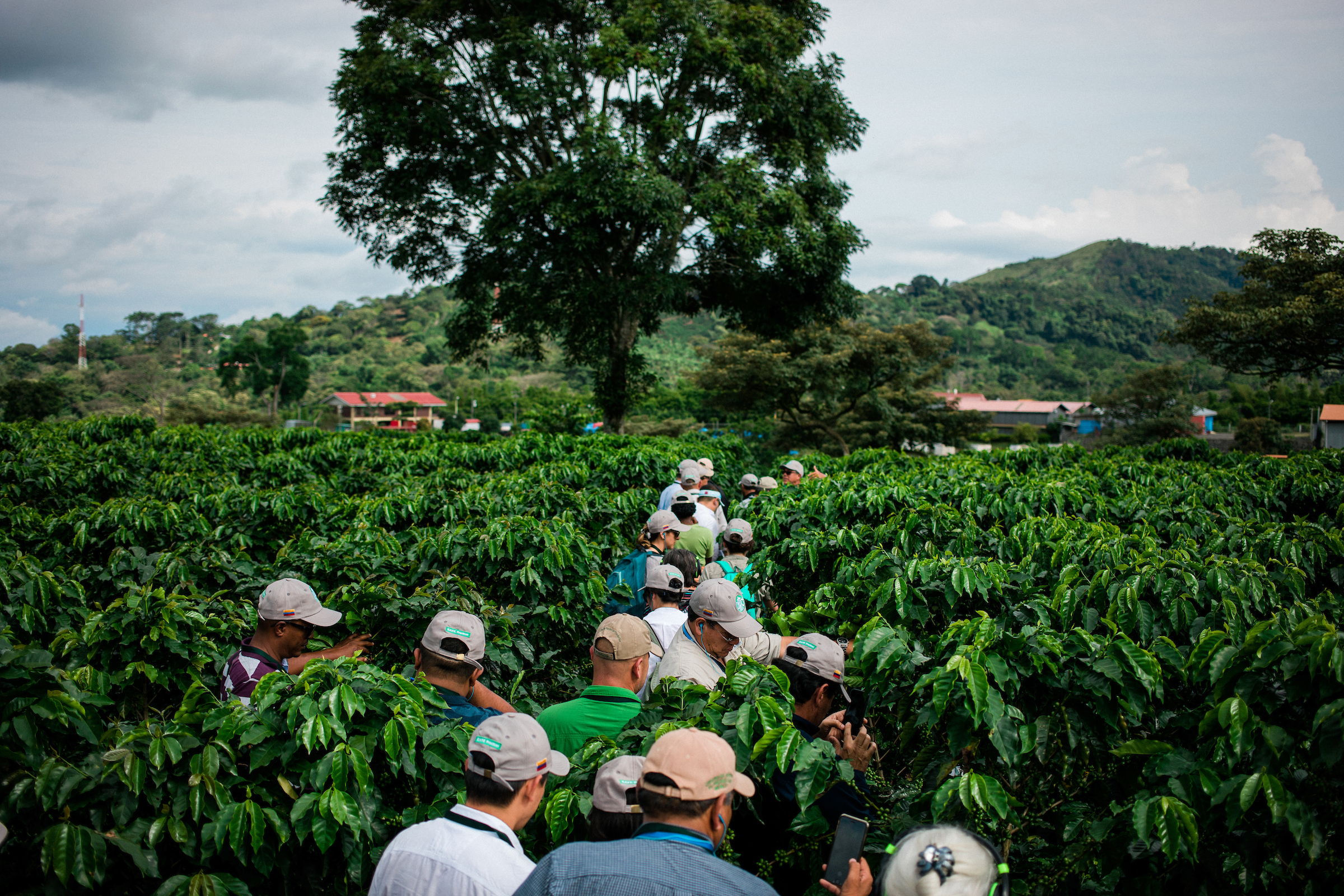 They also toured Hacienda Alsacia’s newly opened visitor center where guests can follow coffee’s journey from bean to cup. From the visitor center’s café, where baristas handcraft beverages, they can look out across the lush green valley, past the waterfall and to the top of a hill to see the Farmer’s Support Center, the scope of where that cup of coffee begins and where it ends.

For Rodriquez and others, each cup represents farmers around the world who grew them, the seeds, the trees they helped plant with their own hands, the ancient tradition and art of growing this specialized crop – and their shared bond of coffee, drawing the world a little closer together. 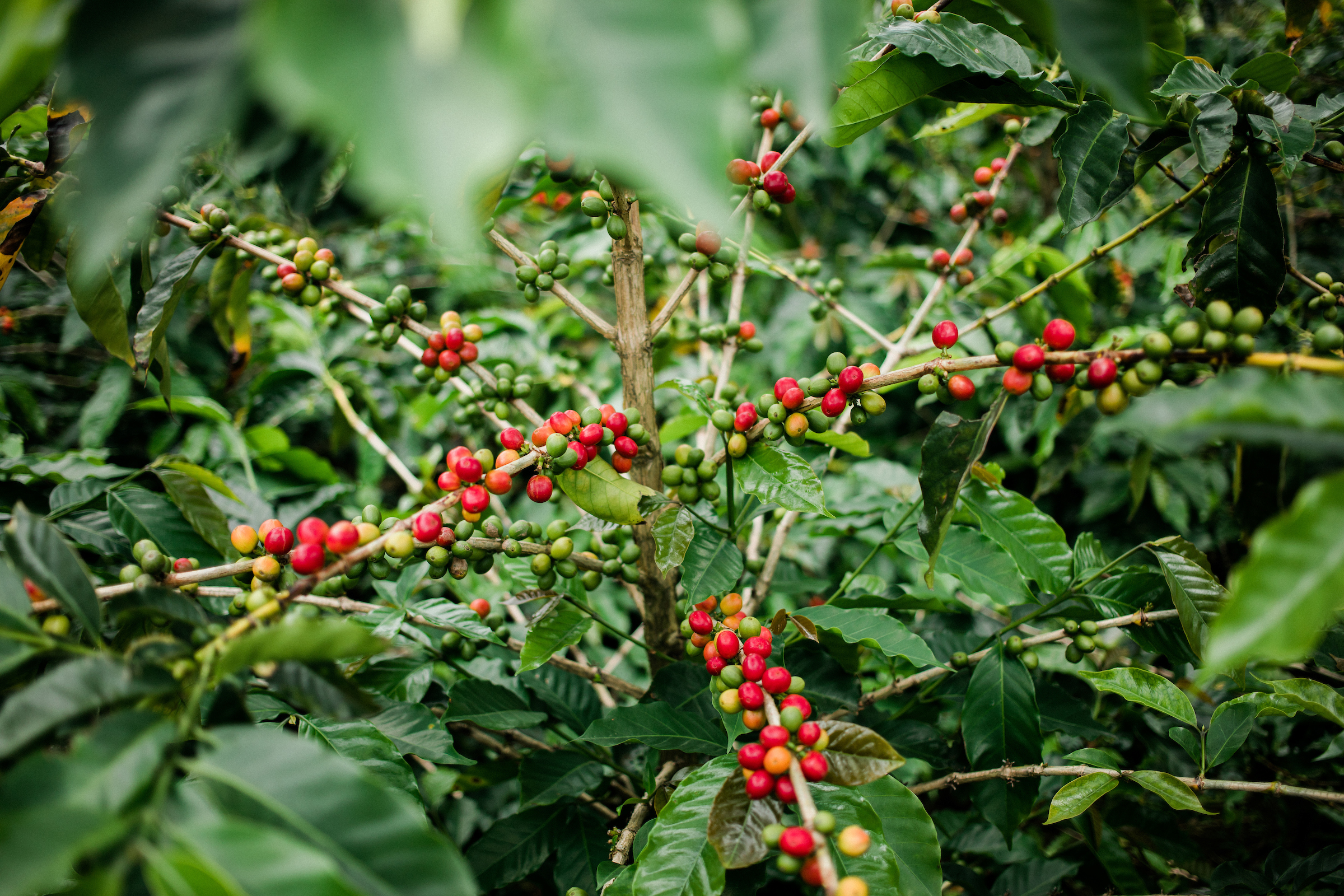 ”I really, really enjoy drinking coffee,” said Rodriquez. “It’s the best of times when I can be with my family and drink coffee in the afternoons.” 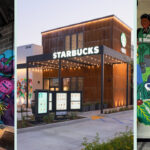