A Starbucks initiative to support local economic development in lower income communities expanded today (January 11) with a groundbreaking ceremony for a new store in Birmingham, Alabama.

The event, attended by Birmingham Mayor William A. Bell Sr. and representatives from Starbucks and other commercial retailers, took place in the city’s Five Points West area, a once-flourishing working-class community that’s experienced decades of decline. The Starbucks location, which is slated to open in the fall, will be part of a commercial corridor at Highway 11 and Avenue W. The $46 million Birmingham CrossPlex sports facility, which opened in 2011, anchors the city’s revitalization efforts in the historic African-American neighborhood.

Starbucks has opened four similar stores with classroom and training spaces as part of an effort to support local economic development in Ferguson, Missouri; Phoenix, Arizona; the Jamaica neighborhood of Queens, New York; and the Englewood neighborhood in Chicago’s Southside. These stores create meaningful jobs, provide in-store job-skills training programs for youth and invest in local minority-owned contractors and suppliers. Starbucks plans to expand the national initiative to four other communities in 2017, including neighborhoods in the Baltimore; Long Beach, California; Miami; and Seattle areas. 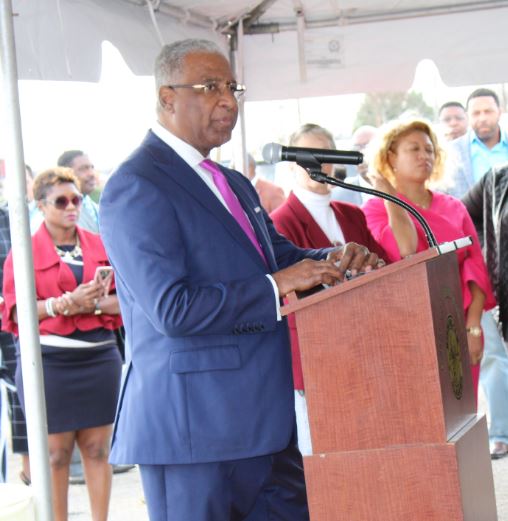 “Starbucks partnership with the City of Birmingham goes far beyond the norm,” said Mayor Bell (pictured above). “With this new investment in the Five-Points West district, Birmingham will continue its momentum on making innovation a key priority in 2017 and provide yet another example of how transformative a commercial project can be for a community. Starbucks is a very socially engaging company that, with the leadership fundamentals and the management training skills provided to local residents, will continue to build its brand throughout all areas of Birmingham.”

An Emphasis on Community Engagement

Starbucks strives to identify communities that have large opportunity gaps and a need for business engagement and investment, as well as the foundations for commercial success, according to Rodney Hines, Starbucks director of Community Investments for U.S. Retail Operations.

“We considered the impact Starbucks can have in this community, and whether it is a viable site in terms of driving business for us and being profitable,” Hines said. “It’s the convergence of those two considerations – community impact and impact on business – that led to this site being right for us. It’s a residential community with a commercial corridor and a significant civic building – the Birmingham CrossPlex sports facility – that’s there for the county and the city.”

Hines said the Birmingham store, like predecessors in Ferguson, Phoenix, Chicago and Jamaica Queens, will strive to “bring the community to life” with local hires, homegrown artwork and a training space for opportunity youth – young people ages 16-24 who are not in school or employed. A search for a nonprofit partner and locally based store manager is already underway.

“Starting with the groundbreaking and leading up to the opening, we meet and build relations with civic and community leaders, including members of the police force, so that there’s a great foundation that welcomes us in the community,” Hines said.

Jennifer Hicks, Starbucks regional director of operations, expects the store to be embraced by local residents.

“There are not a lot of places to connect in the Five Points neighborhood of Birmingham,” she said. “The thing that’s important is the community aspect that Starbucks brings. We’ve heard residents are looking forward to having that in the neighborhood.”