When Troy James arrived in New Orleans in January 2006, he felt the despair, loss and dread that Hurricane Katrina had left behind the previous summer.

The city was still physically destroyed, but its spirit was very much alive. “People were still going to work, helping their neighbors and trying to approach each day with hope,” James said.

The optimistic sense of service that inspired a troubled city also launched a nonprofit called Liberty’s Kitchen – an organization designed to give unemployed youth leadership and life skills, and practical food-service job training.

On Wednesday, The Starbucks Foundation announced that Liberty’s Kitchen is one of 41 nonprofits in 27 states to receive a 2017 Opportunity for All grant.  This, its fourth grant from The Starbucks Foundation, is $50,000 to fund staff development and training, uniforms for students, activities for alumni and special events to promote the organization.

When James, 49, moved to New Orleans as a Starbucks food service account services manager, he came across the new nonprofit and immediately saw the connections for Starbucks – and for his own passion. 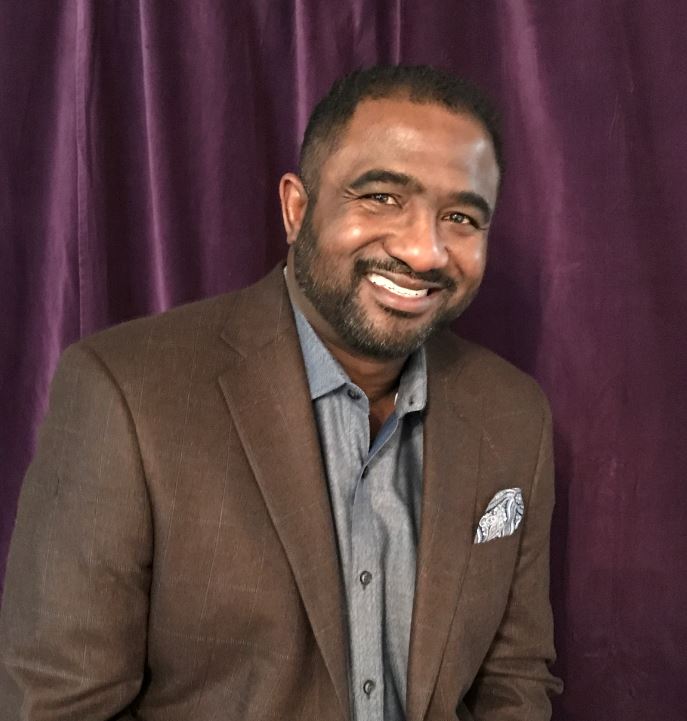 “I knew right away that I wanted to help them,” said James, who is now a district manager for licensed Starbucks stores. “I also knew that Starbucks would want to get involved because the organization’s objective was to help young people thrive, something Starbucks is also committed to.”

The Starbucks Foundation was started in 1997 and since its inception has supported youth-related initiatives, initially funding youth literacy programs in the United States and Canada. In 2015, Starbucks initiated Opportunity for Youth Grants and that same year, to support nonprofits connecting young people to job skills training in North America. This year, Starbucks has expanded the focus of the grants program to include youth as well as veterans and military spouses, and refugees, with a focus on supporting organizations that are working to help connect those facing barriers to jobs and education to a pathway to long-term economic opportunity. The foundation is making $1.41 million in Opportunity for All grants this year ranging from $10,000 to $100,000.

Starbucks and Liberty’s Kitchen have established a close bond since it was established in 2009, beyond the financial assistance.

Several months before Liberty’s Kitchen opened, Troy James made a formal commitment to donate Starbucks coffee for trainees to learn how to brew, and also to volunteer his time when they were up and running.

Liberty’s Kitchen’s goal was to help transform the lives of vulnerable New Orleans youth by teaching them life and culinary skills that would hopefully lead to employment. So James offered to share the customer service skills he had gained as a Starbucks store manager with Liberty’s Kitchen’s teaching staff. He also agreed to speak with students about his work experiences. To enhance the organization’s youth development program, James with the support of the local company-operated team, helped develop a Starbucks course for the curriculum.

Now, 92 percent of the program’s graduates find work. Jason “Frankie” Johnson is one of them. He was only 10 when Katrina struck and left several feet of water inside the family home in the Ninth Ward. The family bounced around among relatives. Johnson graduated from high school, but after a year of college he dropped out, and lived for a time in a homeless shelter. Now, he is an employed graduate of Liberty’s Kitchen. 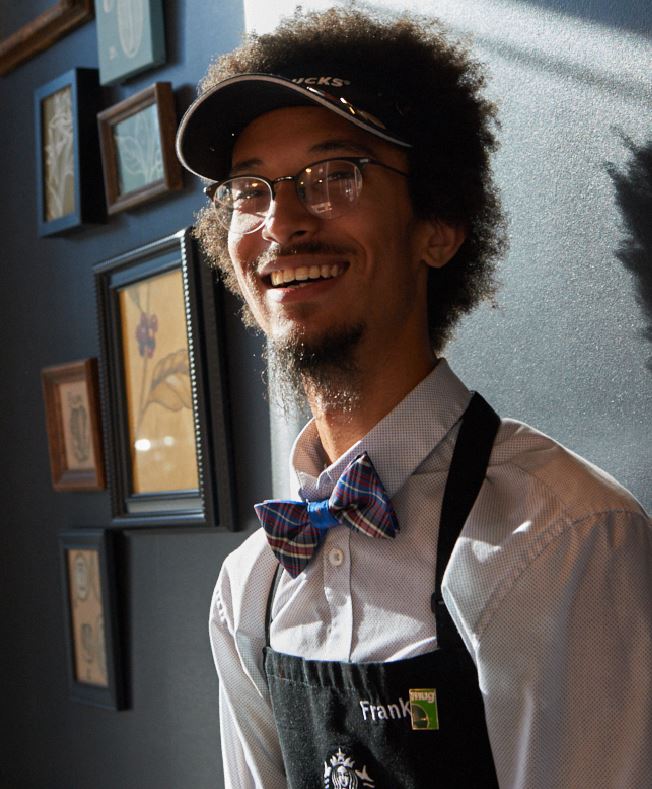 “I was excited because I was interested in learning more about cooking – I see it as another art form,” he said.

Johnson thrived in the Liberty’s Kitchen youth development and leadership program. After the mock interview portion of the program in 2015, he was encouraged to apply for a barista position at Starbucks. He applied on a Friday and by the following Monday, he had the job. 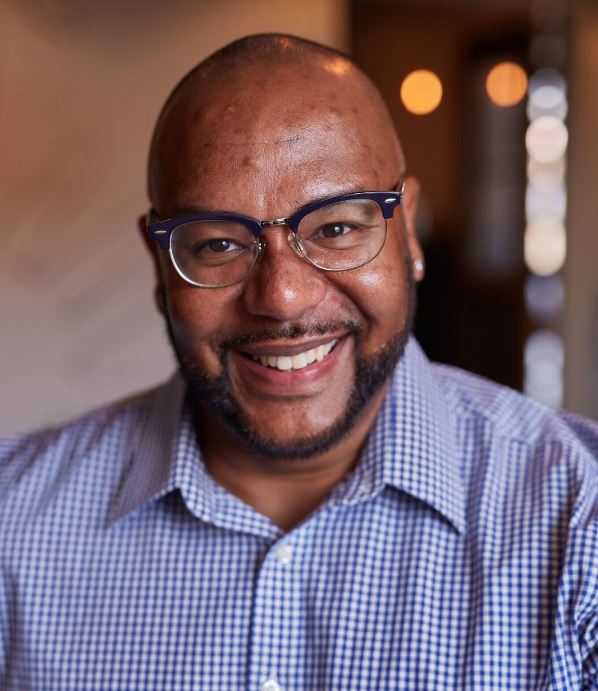 “I was intrigued by what Liberty’s Kitchen offered to young people, which was a second chance and opportunity to empower themselves,” said Bagneris. “It offered real achievable results by teaching culinary skills in a measurable amount of time. That is what kids want. It was also embedded in the framework of the hospitality industry, the bedrock of work in New Orleans. That made sense to me.”

“We’re doing everything we can to engage more young people,” he said. “We have a staff of between 65 and 70 people and many of us are on the ground speaking at churches, schools and engagements across the city. Even if we only get a young person in the door and through a few weeks of study, we’ve given them some level of skills development and that’s a plus for us.”

Those who finish the nearly one-year program receive a certificate of completion for learning a variety of cooking methods, knife and other culinary skills and the importance of personal responsibility. Students also graduate with a 12-piece knife set and access to Liberty’s Kitchen resources and support whenever necessary.

In 2014, Liberty’s Kitchen expanded to a new 10,000-square-foot facility at 300 North Broad Street and opened a corporate cafeteria downtown this year. With all that the nonprofit has accomplished, Bagneris says there is more work for the organization to do.

“We want to change the face of what it means to be workforce development. We want to work against disparities, challenge racial inequities, and promote new types of learning to provide the best outcome for young people,” he said.

Transformation for youth, and for volunteers

“This work has changed me,” said Starbucks’ James, who has been with the organization from the beginning. “We often don’t see the least among us who need the most among us. I now go out of my way to see people I didn’t see before.”

For Johnson, now two years into his job as a barista at Starbucks, life is back on track – and just getting started. He has returned to school – this time at Tulane University.

“Both Starbucks and Liberty’s Kitchen helped me to progress and open my heart up more,” said Johnson. “I now have a sense of home, more openness and loyalty from people who care about me and express that care whenever they can.”

“I feel great about what I’ve been able to accomplish, but I’m not yet satisfied. There’s more to do,” he said. “I understand that time takes its time, so I’m going to be patient.”