Here’s what Antoinette Wagner knows after raising more than $15,000 to help lift desperately poor kids out of the slums and into a brighter future: About $40 in loose change fills a grande Starbucks cup. Collect about that much from partners at 500 stores, then throw in a company match, and the yield can be life-changing.

Wagner, a Starbucks partner who supports the company’s regional directors and district managers in Northern California, fundraised for When I Grow Up, a nonprofit that teams up with local NGOs to empower kids out of poverty by providing schooling and meals to children living in slums in Kenya, Haiti and Guatemala.

She had heard their director speak at her church in Modesto, Calif., and found their work so compelling and inspiring that she nominated them in Starbucks Upstanders Challenge, a video contest designed to celebrate charities that are making a difference in their communities. The competition was inspired by the second season of Upstanders, an original series of short stories and films featuring ordinary people doing extraordinary things to create positive change in their communities.

On Tuesday, Starbucks announced that When I Grow Up is one of 27 charities to win a $25,000 grant from the Starbucks Foundation through the Upstanders Challenge and Upstanders Challenge Partner (Employee) Edition. (For a complete list, click here.)  An additional 23 charities were named runners-up and will get a $2,500 grant. A panel of judges selected the winning organizations, which were among the top 50 charities to achieve the most social media “buzz” on Indi.com, which hosted the contest. More than 430 charities were nominated, and 942 videos were submitted on their behalf.

Going where there is no safety net 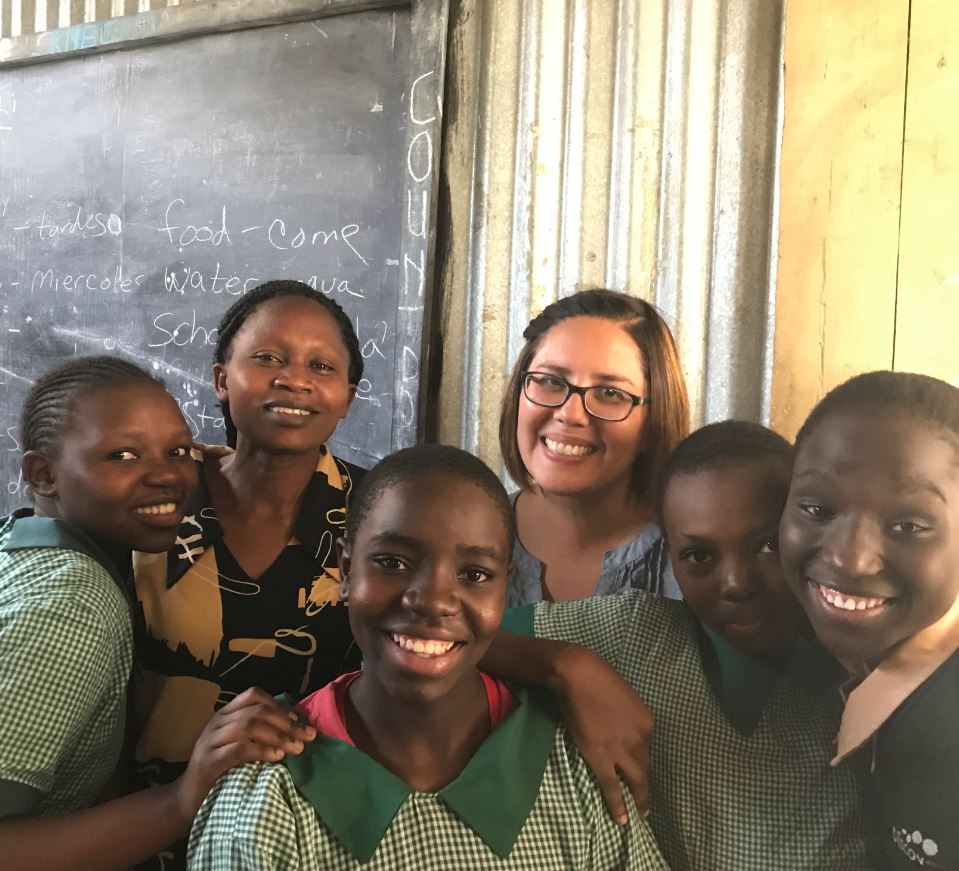 “When I Grow Up matched the DNA of what we care about at Starbucks,” said Wagner, who is continuing to fundraise for the organization. As part of Starbucks #GIVEGOOD holiday campaign, 300 Northern California stores are conducting another change drive to raise money for the nonprofit.

Wagner’s video featured pictures of her September trip to Nairobi, “a place I’d known of only because that’s where my favorite coffee came from.” A 20-year partner, Wagner used her Coffee Break, her Starbucks-sanctioned sabbatical, to observe first-hand the difference that When I Grow Up is making. She visited the Huruma slum, where she saw parents raising kids “in a place where there is no safety net.”

During her September trip, Wagner witnessed mothers walking hours to find day labor and visited a home that consisted of a one-room tin shack, insulated with newspaper. The family shared an open sewage pit with 10 other houses. “I thought I was prepared because I had seen pictures,” Wagner said. “But I was stunned. People live in shacks built with random materials. There is sewage running down the street and trash everywhere.”

“Many kids go without education,” Wagner said in the video. And that’s where When I Grow Up comes in. In Huruma, the charity, based in Reedley, Calif., supports the Furaha Community Foundation school, which educates children from preschool through high school. The school admits the neediest children — those whose parents are sick and can’t work, for example. “The poorest of the poor is who this school is for,” said Wagner, who noted that Kenyan students must achieve a certain score on a test to be admitted to high school. Typically, just 20 percent of students from the slums meet that mark, but 100 percent of Furaha-educated students do.

Education is like oxygen to the students. One of them, a girl who leads the school’s singing ensemble, had been raped on the way home from school on a Friday but was back at her desk the following Monday.

When I Grow Up plans to use its $25,000 grant from the Upstanders Challenge Partner Edition to build permanent dormitories for its high school students, who are educated outside Nairobi, away from the chaos of the slum, to help them focus on school and escape pressure to join gangs or get pregnant. The current dorms are tin-roofed plywood structures. “We have never gotten this type of grant before so it’s very exciting,” said Carrie Taves, When I Grow Up’s operations manager. “It’s going to change destinies and literally save lives.”

Transforming the lives of teens 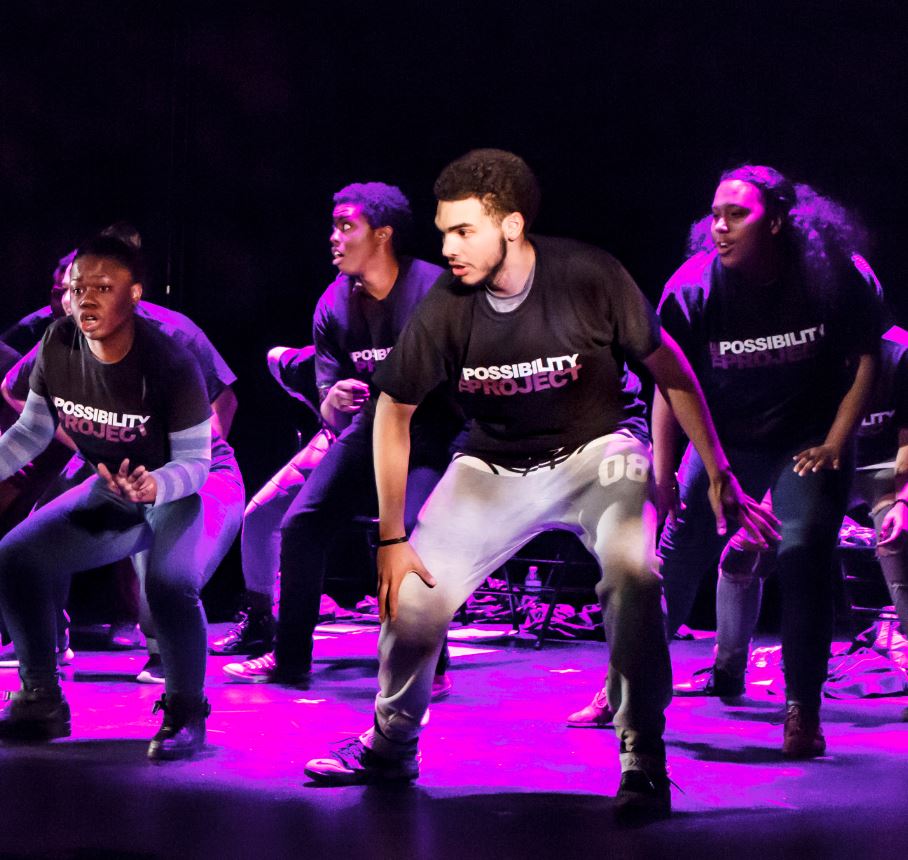 The Possibility Project, another Upstanders Challenge winner, is also dedicated to shaping destinies, using the performing arts to help transform negative forces in the lives of teens. The program brings together 150 teens each year from all over New York City to engage in community action, leadership, conflict resolution and relationship-building through drama. Eighty percent of participants are low-income and 90 percent are people of color; two-thirds are young women and a quarter are LGBTQ+. They all collaborate to write an original musical that is informed by their own stories and performed off Broadway.

“They look at the root causes of their experiences and the violence and conflict they’ve been exposed to,” said Paul Griffin, the organization’s founder and president. “The show is a theatrical road map for addressing these issues in the lives of these young people.”

Once the show is performed, students choose a social issue to tackle, be it educational inequity or the foster care system or countless other topics that impact their lives. They design a related project and then deploy it in the community.

The 10-month program meets two days a week after school and is open to any teen, although one group is specifically for children in foster care and another brings together teens who have been detained, arrested or are on probation, and yet another focuses on incarcerated teens on Rikers Island.

When the program has been independently evaluated, researchers have found that participants are less likely to commit crimes. “They make huge gains in social-emotional learning, emotional support and problem-solving,” said Griffin.

The Upstanders Challenge grant from the Starbucks Foundation will completely change the performance experience for participants, said Griffin. “We will have a bigger, better theater. We will be able to pay for artists’ time — a musical director, an artistic director, a choreographer and an assistant director — and more of it. And we will spend more on community action projects, so the kids can be more ambitious.”

“This kind of funding makes a huge difference for us,” said Griffin. 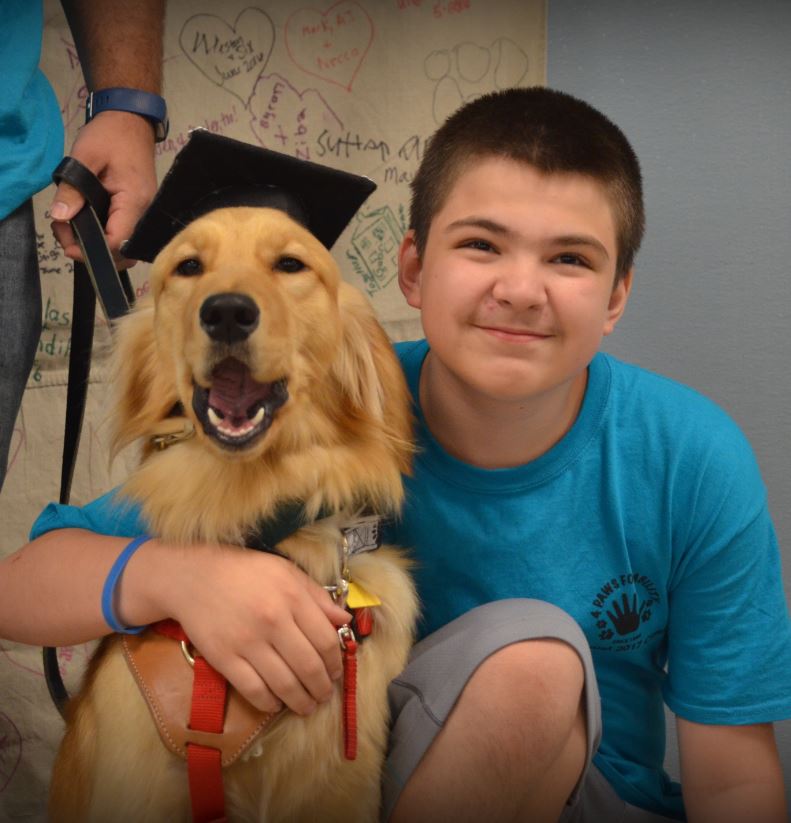 It will also change things for the better for another Upstanders Challenge winner, 4 Paws for Ability, which trains service dogs to work with disabled children and veterans. The Ohio-based organization spends about $50,000 to train and place a dog that is customized for the recipient’s needs. Costs cover food, veterinary care, staff, breeding and training of the dogs, which include golden retrievers, lab retrievers, standard poodles and golden labs. Training can take up to two years.

Children who request service dogs often have multiple disabilities — seizures, deafness and mobility issues, for example — while veterans may suffer from PTSD or mobility and hearing impairments. Children’s families are asked to pay $17,000 toward the cost of a service dog, for which 4 Paws for Ability supports their fundraising efforts. Veterans get the dogs at no charge because the U.S. government covers the cost. “They have paid their dues, so to speak,” said Karen Shirk, CEO and founder, who started the nonprofit 20 years ago. Today, 4 Paws for Ability places 100 dogs a year.

“I couldn’t get a service agency to give me a dog because they felt I was too disabled,” she said. “I vowed I would start an agency and not make decisions about who was too disabled to benefit from a service dog.”

4 Paws for Ability is preparing to tear down its 100-year-old building that contains the “puppy house.” The organization plans to put the Upstanders Challenge grant toward a $25,000 puppy socialization room in the new building, where there are ramps, elevator simulators and various textures that help prepare the puppies for their future as service dogs.

“We’re a little organization so it’s hard to win things,” said Shirk. “This award is amazing.” 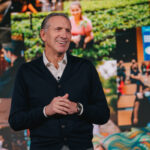