Caption: Karlian Mercado, 7, rests on the rubble that remains of her family's home after it was blown away by Hurricane Maria in Hayales de Coamo, Puerto Rico.

It sounded like a dragon spitting fire as it growled through the windows, remembers Heriberto Rivera, of Hurricane Maria as it pounded Puerto Rico.

“That sound goes into your mind and you start thinking a lot of bad things,” he said of the long night when the storm raged. From his apartment, he watched and worried that the howling winds and pounding rain would blow out his windows.

Not far away, Angel Fonesca had spent the night with his mother watching the wind bend the door to their home and wondering if it would break and worrying she’d be hurt by the winds and rain so strong that when he looked outside, all he could see was a sheet of white.

Christian Aquino hunkered down with his wife, five dogs and a pig. When it was over, his neighbors had to help them get out of their home because of all the debris blocking their exits.

By morning’s light, branches, wood and metal were strewn across roads. Houses with their roofs torn off had been turned inside out and furniture and other things that had once been inside now tossed across their lawns. Cars had been moved, as if by a ghost, from where they had been parked to different locations.

After being battered first by Hurricane Irma and then, less than two weeks later, Hurricane Maria, the true toll to the island of more than 3 million U.S. citizens is still being assessed, a task made difficult by the lack of communication. Six days after the storm, 100 percent of the island remains without electricity and many cell towers are down.

At first, many people were grateful to have simply survived, but now fear is growing as some worry about how long they can last with limited – and dwindling – resources.

“Most of us have no communication with the outside world,” said Yaritza Carrior, a Starbucks barista at the store in Old San Juan. “We have no phone service, no internet, power or water. It’s difficult to find food. We’re trying to save the little we can … people are fighting for food.” 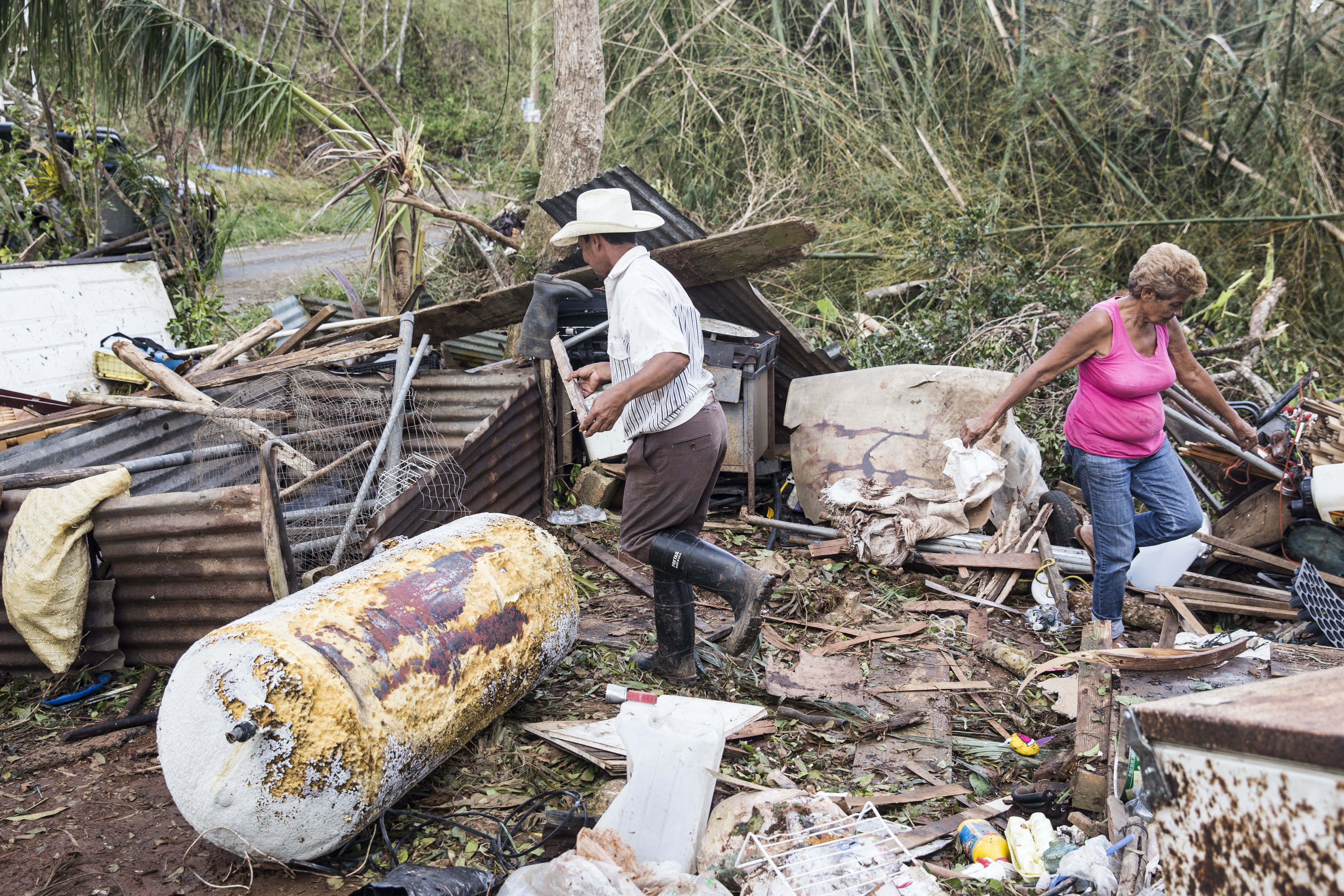 People sift through remains of homes and businesses in Puerto Rico after Hurricane Maria devastated the island. (Photo by Alex Wroblewski)

Starbucks has 462 partners, including Rivera, Aquino and Fonesca, who work at 24 licensed stores in Puerto Rico, each of which is operated by Starbucks licensee Empressas Fonalledas, Inc., a locally based family owned company. With ongoing communications outages across the island, a team at Starbucks is continuing to work on reaching out to all of them to make sure they are safe and receiving the support they need, said Ross Goldstein, Starbucks director of regional operations in Latin America.

“Our first concern is always for the safety and well-being of partners and their families,” said John Kelly, senior vice president of Global Public Affairs and Social Impact at Starbucks. “Given the extraordinary and heartbreaking impact these two hurricanes have had, Starbucks is activating its app to enable customers to donate directly to relief efforts. In addition, Starbucks is making an immediate contribution of $250,000 to help provide desperately needed resources.”

Also, customers can make donations through the Starbucks app that benefit the Center for Disaster Philanthropy.

Without access to the internet, many rely on outsiders to tell them the latest news and what’s being done to help them. Many, such as Aquino, haven’t been able to reach family who live far away to make sure they are OK.

While the storm closed all the Starbucks stores on the island, some partners immediately began gathering to them to check in on each other. One store opened to hand out water to first responders. Aquino, a store manager in Old San Juan, has been reaching out to organizations such as homeless shelters to give them water, coffee and food. A store manager briefly opened her store using a generator for a few hours a day until the fuel ran out to serve as a community gathering place. Some stores have been sporadically open to serve customers due to fluctuating access to fuel and supplies. Starbucks hopes to open the store at the U.S. military base Fort Buchanan soon.

Despite the destruction, many say that in the midst of desperation, they also are seeing great acts of kindness and community.

“I’ve seen so much solidarity in our communities – something I think we had lost as a culture with the craziness of everyday life,” Aquino said. “I love seeing that again. I have seen people share water and food. My neighbors have emptied out their refrigerators because they have no electricity and cooked huge meals for everyone – communal suppers where everybody just brings what they have.”

Since gasoline is in short supply, neighbors have begun carpooling, he said. And when children were sad that their local park had been destroyed by debris, volunteers worked together to clear it and give them a place to play again – a small oasis from the destruction where they can just be kids.

Meanwhile, those on the island wonder how long it will be until Puerto Rico again becomes “The Island of Enchantment.”

Rivera, a district manager, said he has enough food and water to last him for the next few weeks, but knows that it will be a long road to restore Puerto Rico to what it had been.

“People on the island will need to be patient. There are a lot of things happening on the island. Even before the storm, there was an economic crisis. That combination can lead to a lot of stark consequences. There are people in the streets fighting for gas, fighting for cash in the ATMS,” he said. “There’s a lot of uncertainty.”

Fonesca said that “In my house, we need flashlights, water, candles, batteries,” said Fonesca. “I have food – for now.” 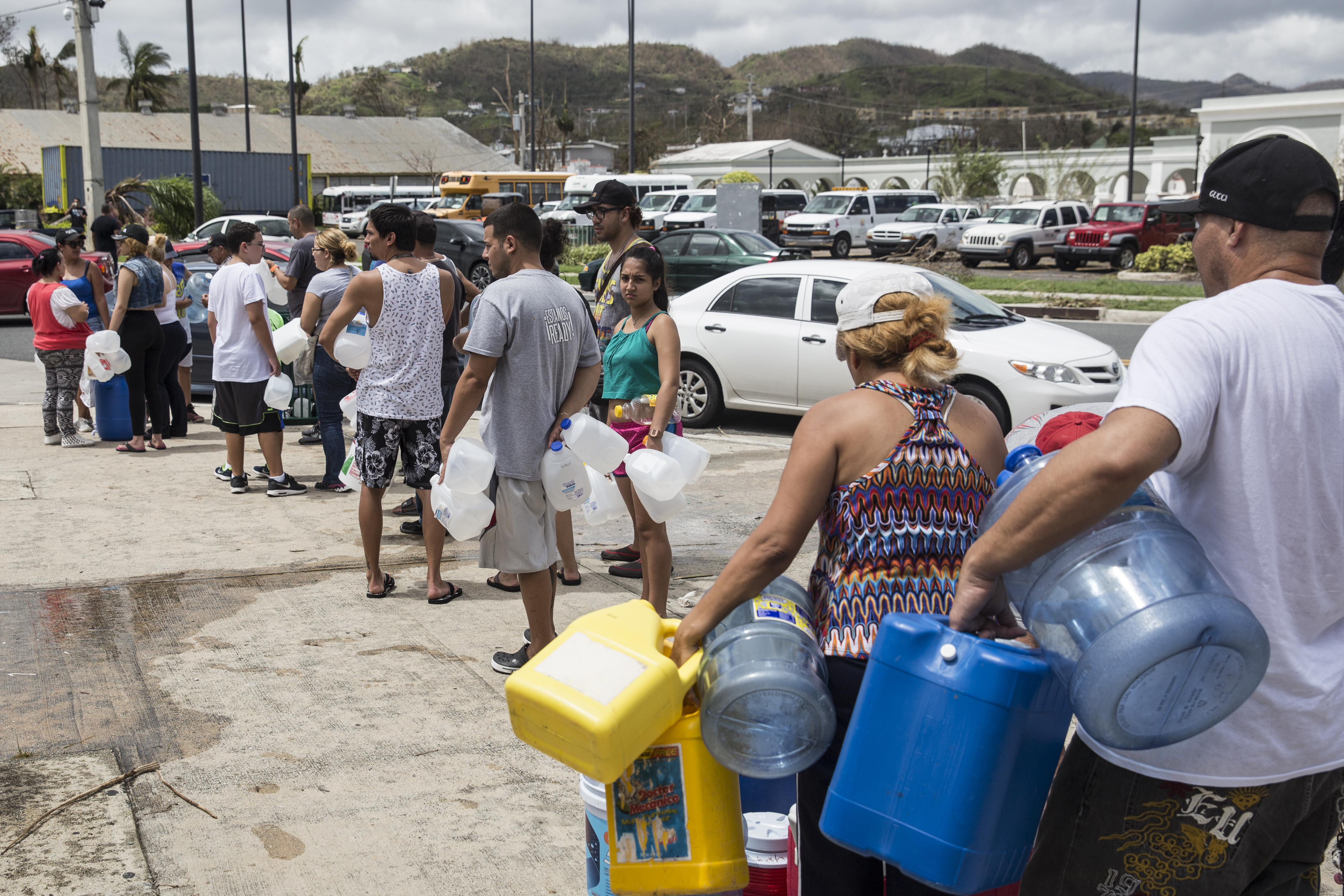 People line up for water in Puerto Rico after Hurricane Maria devastated the island. (Photo by Alex Wroblewski)

Those with medical conditions are especially vulnerable. Aquino said his grandmother can't get the medications she needs and his wife, Vilmarie, has a lung condition that requires her to have respiratory therapy daily. They can no longer administer it at home since they don't have electricity but drive to her father's house to use his generator, powered by gasoline, which is now in short supply on the island.

Officials estimate it could take up to six months for the island’s electricity to be restored.

To help, Starbucks partners on the U.S. mainland have begun a drive to send essential items to their colleagues in Puerto Rico. Isabel Montes, director of partner resources for Starbucks, is spearheading the drive. She’s been on phone calls with partners in Puerto Rico twice a day since the hurricane hit checking in with them and has begun to hear worry about what will happen when portable water and food runs out.

“You just wish you could do even more for them,” she said.

Meanwhile, Fonesca said he is focused on the future. “This experience will help us build Puerto Rico again – but even stronger.” 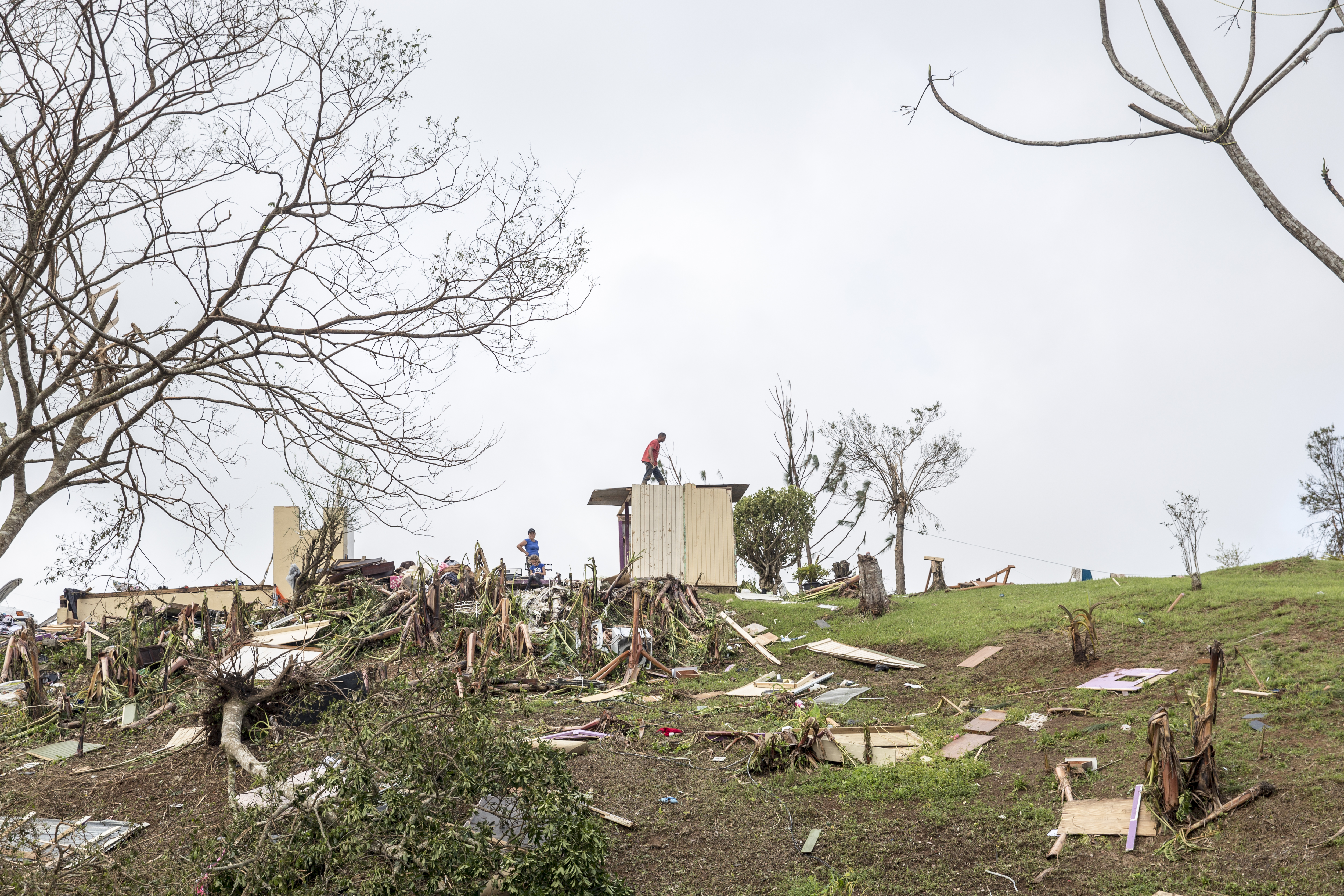 Authorities are calling the damage in Puerto Rico 'apocalyptic' after Hurricane Maria devastated the island. (Photo by Alex Wroblewski) 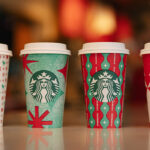 During Latinx Heritage Month, Starbucks is proud to celebrate the stories of our partners who identify as Latinx, and to share just some of the many experiences and identities that represent the diversity of this community.

From delivering coffee to every police station in Washington D.C. to an Illinois store manager giving his cell number to ambulance drivers to call when they need a boost.

A historical look at Starbucks sustainability efforts since the company began in 1971.