Army veteran R.J. Lugo Jr. remembers them all. There was the noncommissioned officer on his final mission in Baghdad who volunteered to give a younger soldier a break from being in the gun turret – and was killed by a sniper. There was the soldier caught in an explosion that took his legs first – and eventually his life. In all there were 32 soldiers in his brigade who died during their 15-month deployment to Baghdad from 2006 to 2007. And there were those who survived active duty but, in the darkness of post-traumatic stress, committed suicide when they got home.

Lugo, now a store manager at an Auburn, Calif., Starbucks, thought of them all yesterday, on Memorial Day. But he knows that for many who haven’t served in the military, the day is misunderstood, with some people thinking it’s a day to recognize living veterans (he was thanked for his service multiple times yesterday), or others seeing it as a reason for a three-day weekend. 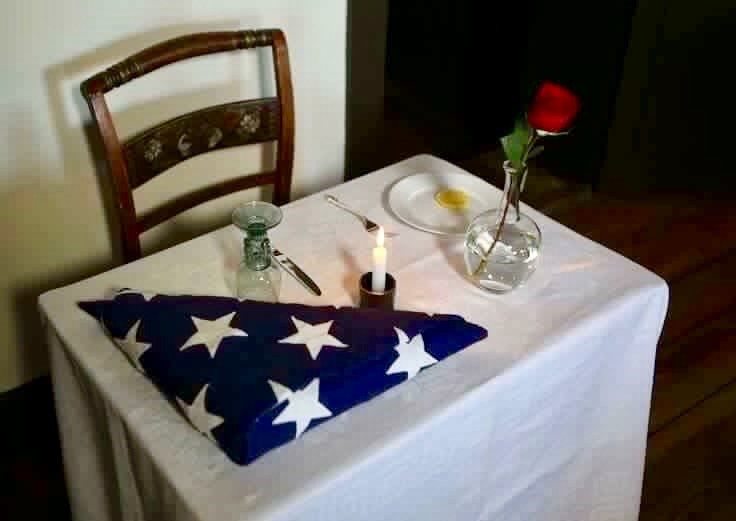 That’s why, at the end of the day, when he began seeing photos on social media of “Missing Man” memorial tables set up in various Starbucks around the country, he felt especially grateful. He knew it meant someone remembered.

“Most Americans think Memorial Day weekend is a time to go party,” said Lugo, who spent 22 years in the Army and did four combat tours. “But for most vets, it is a somber day to think of the brothers and sisters we lost.”

The tables, set for one – complete with silverware, a wine glass turned upside down, a rose for remembrance and an empty chair – represent prisoners of war, those missing in action and honor those who died serving their country. They sprang up organically around the nation at various Starbucks locations, honoring the fallen.

One of them was at a Norfolk, Va., Military Family Store, which opened three years ago as part of Starbucks’ commitment to hiring veterans and military spouses.

TJ Coleman, the store manager, said he was inspired by a friend who sets up a table at her house each Memorial Day to honor fallen veterans. He thought it would be a fitting tribute to put in the store. “It’s a simple and powerful way to show support,” he said. 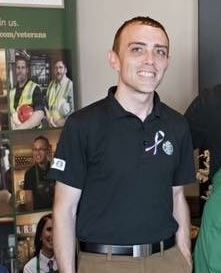 Throughout the day, people came in and saw it and were moved, he said. “One lady teared up and said ‘Oh, this is amazing,’” he said.

Coleman is married to a soldier, Jay Graham, who is in the Air Force. Both men come from military families. Coleman’s grandfather, Thomas Pressley Coleman Jr., was a decorated Air Force pilot who served in the Korean War. He also served – and died – in the Vietnam War. At the time, his son, TJ’s dad, was in infant.

Coleman doesn’t know much about his grandfather but said, “he looks just like me.” And he’s heard that his dream had always been to fly planes so he enlisted as soon as he was old enough to join the military.

He thought about him a lot yesterday, he said, and of other soldiers who have died. He knows others are remembering their family members too. “Living in this community, you are surrounded by (military families),” he said.

Lugo, who has only been a store manager for a little over a year, is already planning to have a tribute table in his Starbucks next Memorial Day. During his two decades in the Army, it was a daily occurrence to see a memorial table in the mess hall of wherever he was stationed. But it was never routine – or trivial. Each soldier left behind a constellation of loved ones, he knows. So, while he’s thinking about his soldiers who have died, he’s also thinking about those they left behind.

“My mind goes everywhere (on Memorial Day),” he said. “But I think a lot about their families.” 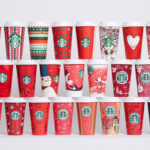