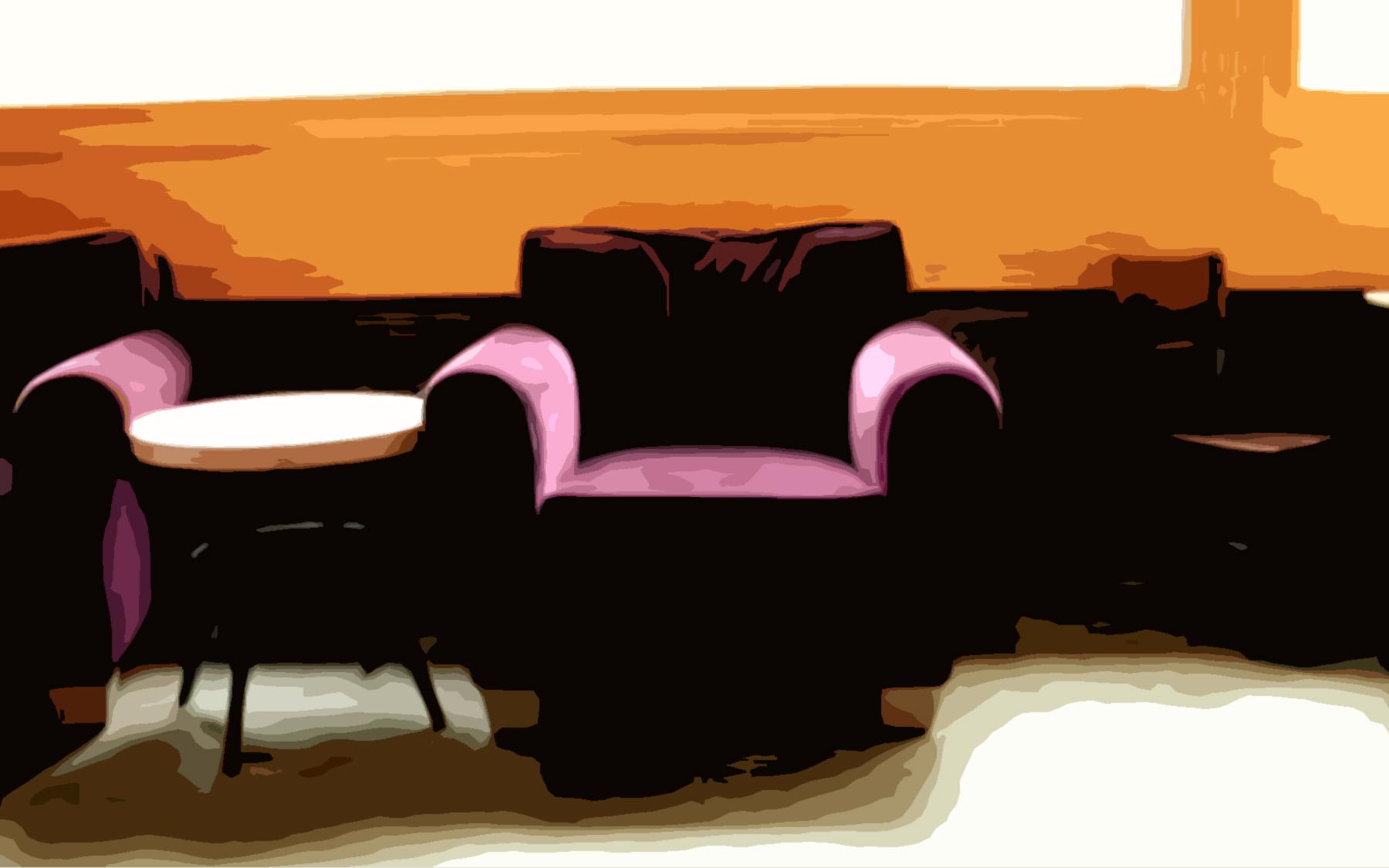 If you visited a Starbucks store sometime around the year 2000, you’ll probably remember it. That stuffed purple armchair, made of a soft fabric like crushed velvet and wide enough to stretch out on. It was the most likely spot in the store to find lively debates and quiet confabs. Where books were written and sweaters knitted. The scene of breakups and makeups. It was the best seat in the house.

“The purple chairs were special and actually quite coveted, people would gravitate toward them,” said Brooke McCurdy, who was a director for Starbucks Store Design from 1991-2004. “You felt a place and a sense of a connection in what’s really a transient environment.”

The purple chair was also revolutionary in its own way.

When Starbucks first opened in the 1970s, coffee in the United States was mostly consumed at home. Early Starbucks stores had no seating, just a long wood counter for weighing and bagging coffee beans and shelves full of brewing equipment. After Howard Schultz visited Milan’s espresso bars in 1983, he reimagined Starbucks as a café in the Italian tradition, with stand-up style service and an emphasis on speed. But he discovered people wanted a place to relax.

Starbucks added stools and dining chairs made of wood and metal when it opened its first espresso bars in 1987 (just no more than nine seats in each location). But as the company grew from 17 stores to more than 1,000, stores evolved to become more of a “third place” between work and home. Perhaps it was more than coincidence that coffee bars were becoming popular at the same time the Internet was growing. They offered an oasis, filling a powerful need for social interaction in a society where people felt increasingly disconnected.

In 1996 Starbucks overhauled its store philosophy designs to reflect this new world, eliminating elements that appeared stiff and hard-edged in favor of a more romantic, lived-in look. And it brought in its first purple chair.

“What we were hearing was that people just wanted a quiet moment,” she said. “The purple chair helped create an environment where you could feel that it’s my place.”

The chair became a beacon, a symbol of Starbucks as recognizable as the green apron. It was a mainstay of store designs for the better part of a decade as Starbucks entered new markets like Germany, Argentina and China on a breakneck pace of five new stores a day.

“No matter where in the world you were, the purple chair made people feel like home,” McCurdy said.

A Texas college student posted in her blog in 2013, “I’ve sat in this chair so many times it’s become familiar territory for me. I know that it is large enough for me to curl sideways if I want to, and that if I wait here long enough someone will come over to say, ‘Good morning.’”

But even though the purple chair may have become an icon, it wasn’t the most practical piece of furniture. The fabric was easily worn. It was difficult to keep clean. A cappuccino spill could be calamitous.

“There was a lifespan to the pieces, and they were loved to death,” McCurdy said.

By 2008, Starbucks began a major shift in its design philosophy as part of the transformation of its business. Going forward, store designs would have more individuality, reflecting the distinct personality of each local neighborhood.

“The purple chair was comforting and familiar, even in its imperfection,” wrote Erin Hryciw, project manager from Starbucks Store Concepts, in a blog post to customers in 2010. “But it also represented a time in Starbucks history when furniture was highly standardized, and the name of the company was at risk of becoming synonymous with cookie-cutter design and ubiquity.”

Starbucks developed a new approach to furniture that supported the design direction. They worked with store partners to make ensure pieces were practical, and made with genuine materials that would have a longer life in the store. Each item is tested by an outside vendor third party to ensure safety and quality standards are met.

Today, Scott Mitchem, director of Concepts for Furniture, Fixtures and Finishes, and his team in New York and Seattle create a catalog of more than 500 furniture and fixtures for Starbucks stores in the Americas. One of the new classics in Starbucks furniture collection is a lounge chair called Bertha. Inspired by mid-century modern design, with clean lines and a timeless style, it is equally at home in a modern office tower as it is a historic brick building. It comes in six different colors, but no purple.

“We want our furniture to have that durability and that beauty,” Mitchem said. “We’re making an investment in quality furniture that will last and still have style. Whether it’s leather or wood, whether it’s rustic or modern, there’s something in there that feels authentic to who we were and who we are today.” 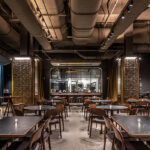