When Amanda Padgett began working as a Starbucks barista in Washington, D.C., she didn’t expect to be with the company for long. Nearly eight years later, she has developed a rewarding long-term career with Starbucks.

“I thought the job would only last while I was in college,” said Padgett. “However, I’ve had so many fulfilling opportunities that I was compelled to stay.”

Soon after she became a store manager, Padgett agreed to take on special projects with the support of her regional vice president. Her first task was overseeing the test launch of a popular dessert in the nation’s capital called DC Sweet Potato Cake.

“We sold out of the cakes in one hour on the first day. We expanded our test from two to 10 stores and I became the project manager,” she said. “This role was the beginning of a new journey with Starbucks.” Padgett was promoted to field implementation specialist for a new department.

Formed in 2015, Retail Branded Partnerships seeks out small local companies with innovative products and brings them to Starbucks stores. Some of the food options are offered regionally, while others are carried in stores across the U.S.

“If we can surprise and delight our customers and also provide a pathway for small businesses, it’s a win-win situation,” said Mesh Gelman, senior vice president, Retail Branded Partnerships. “With a founder’s passion fueling a product, anything is possible. When someone is authentic, there’s a connection that our team feels and we know when we’ve met the right company.”

The team has been effective in finding entrepreneurs who are determined to succeed.

“It’s inspiring to empower other people,” Padgett added. “It feels good to work with business owners who are incredibly hopeful about their future, and to be able to provide them an opportunity to get where they want to be.”

Acting on a Dream

Starbucks has launched more than 15 small brands in select stores in the past year including Bantam Bagels. Initially available on the East Coast, the mini stuffed bagels will also be available in Starbucks stores in the Pacific Northwest and California beginning today (March 1). 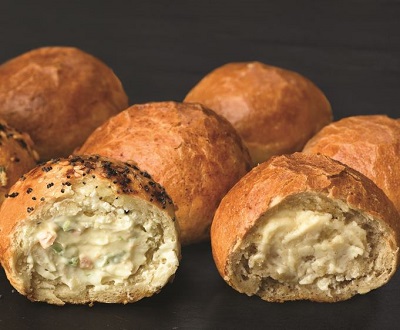 The company started with Nick and Elyse Oleksak, who were working on Wall Street when Nick had a dream that changed the direction of their careers.

“Growing up working for my dad in his pallet factory, I always aspired to create and run a business of my own,” said Nick. “When the idea for Bantam Bagels came to me in a dream in the middle of the night, I knew that was it. I called Elyse the next day and said, ‘I’ve got the next big thing!’”

After making hundreds of test batches, the Oleksak’s arrived on the final recipe for their mini stuffed bagels. They moved the business out of their apartment kitchen and into a shop on Bleecker Street in New York City. After being named one of the top three bagels byNew York Daily News, the business began to take off.

“People ask us what it’s like starting a business. Our answer is always the same – it’s a roller coaster of emotions. It’s a little scary, always exciting and at the end of the day, it’s the most rewarding thing we’ve done,” said Elyse. “Bantam Bagels is our dream come true.”

Starbucks began selling Bantam Bagels in 30 New York City stores in June 2015. Due to their almost instant popularity, Starbucks began offering them in additional locations on the East Coast.

“After opening our small shop on Bleecker Street, being sold at Starbucks was always our number one aspiration,” said Nick.

“Now, every time we walk into a Starbucks and see our Bantams in the pastry case, we can’t help but get that full heart and butterflies in your stomach feeling that every entrepreneur works for,” added Elyse. “It’s the feeling of seeing your dream become a reality.” 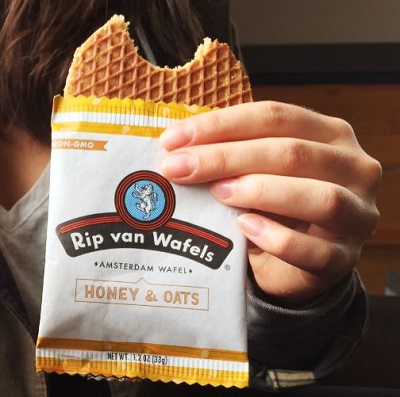 The story of Rip van Wafels began when founder, Rip Pruisken, started making stroopwafels – a popular Dutch treat – in his dorm at Brown University. After visiting several wafel factories in Holland to perfect his recipe, he set up shop on campus and suddenly could not keep up with the demand from students.

After countless prototypes made in his dorm room, it became clear to Pruisken that he needed the right equipment to truly capture the form and taste of the wafels. He worked hard to raise enough funds to purchase a set of Dutch irons and officially started Rip van Wafels in 2010 with his friend, Marco De Leon. Today, Rip van Wafels can be found in more than 7,500 Starbucks® stores in the U.S. and Canada.

“The purpose of our company is to be a positive impact vehicle. We want to bring about a cultural change in the way Americans eat snacks through our innovative, convenient and elevated food experiences,” said Pruisken. “We see a partnership with Starbucks as the perfect brand alignment. Starbucks is exposing our wafels to Americans all around the country and is helping us rapidly scale our business.”

Read about other companies the Retail Branded Partnerships team has brought to Starbucks:

In Ferguson, Where the World Saw Destruction Starbucks See Promise 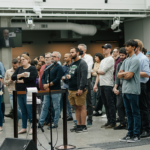