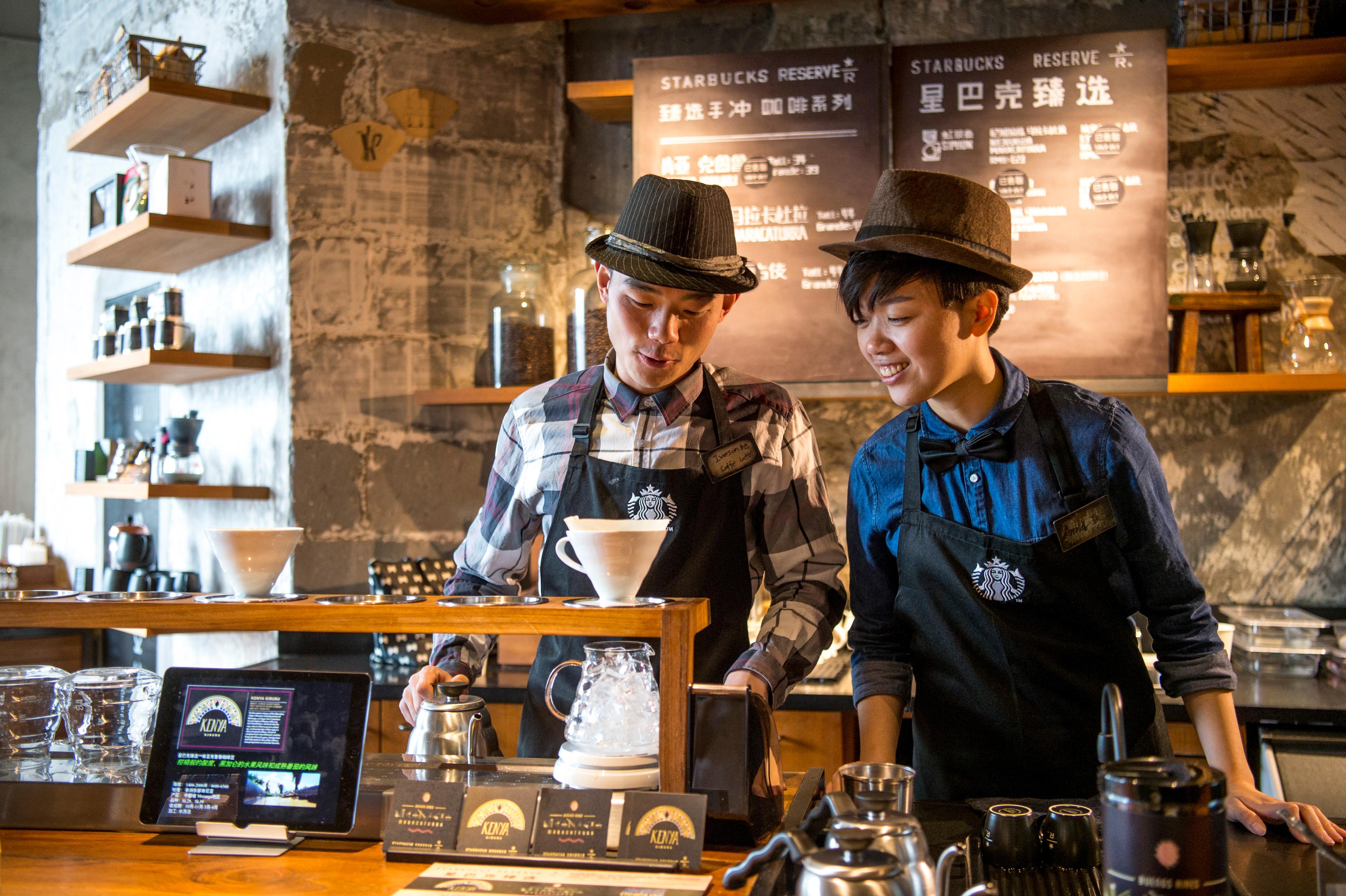 For Zhang Meng, the decision to relocate from Tangshan to Beijing came with plenty of pluses and at least one area of concern.

Though she’d studied to be a teacher, the university graduate is such a coffee enthusiast that she keeps a collection of coffee presses and assorted coffee beans in her room. After finishing school, Zhang said she was thrilled when she got a job as a Starbucks barista and excelled to such a degree that she was invited to Beijing to train and participate in the Starbucks China Coffee Ambassador Cup competition, a celebration of coffee artistry and passion.

The opportunity was great, but the challenge was too.

With more than 21 million residents, China’s capital is one of the most populous cities in the world. That high density leads to soaring housing costs and Zhang wondered how she could afford Beijing’s elevated rent.

The solution to her dilemma was provided by a new initiative Starbucks announced earlier this year. Under the program, full-time Starbucks baristas and shift supervisors receive a monthly housing subsidy. Around 9,000 China partners (employees) have been eligible for the benefit since its launch. The program is designed to cover half of the average housing rent in their home cities. The housing help has allowed Zhang to move from a hotel room where a passing train rattled her windows to a place that feels more like home.

Zhang, recently promoted to assistant manager, is one of many Starbucks partners around the globe who benefit from programs created to ease challenges they confront.

A World of Help

From China to India and from the UK to the U.S., Starbucks customizes benefits to meet partner needs.

In the UK, Starbucks is the first private company to help pay rental deposits by providing interest-free loans to employees. Called Home Sweet Loan, the program is available to partners who’ve worked at least one year in company-owned Starbucks UK stores. Partners are loaned up to one month’s wages, paid within four weeks of application, to be repaid over the course of a year.

The initiative has earned praise from Betsy Dillner, director of Generation Rent, which advised Starbucks on developing an employer response to a growing program.

“It is increasingly difficult for workers in retail and other industries to access private rented housing when rents are so high,” Dillner said.

In India, Tata Starbucks, which owns and operates Starbucks coffeehouses, has instituted a five-day work schedule, down from the country’s customary six-day workweek. A first-of-its-kind initiative in the nation, it provides more than 1,200 partners with an additional 52 personal days off per year. In addition to providing greater personal flexibility, Tata Starbucks has emphasized partner development through mentorships, leadership courses, life coaching and training programs.

“We are proud to be a progressive workplace in India and will continue to engage in discussions with our partners to determine how to make their experience better and more valuable,” said Sumitro Ghosh, Tata Starbucks chief executive officer.

In the United States, where the cost of higher education has increased more than 500 percent since the mid-1980s, the Starbucks College Achievement Plan was introduced in 2014 to create an opportunity for eligible U.S. partners to earn bachelor’s degrees with full tuition reimbursement. Starbucks is committed to helping at least 25,000 partners graduate through Arizona State University’s online degree program by 2025. There are currently 5,500 participating partners.

Predating the aforementioned benefits is Bean Stock, which was created in 1991 to provide partners with an opportunity to share in the company’s financial success through shares of Starbucks stock. The program was redesigned in 2010 to reward partners in company-owned markets with restricted stock units after a specified period of time.

The Bean Stock program reflects Starbucks chairman and ceo Howard Schultz’s belief, expressed when the Starbucks College Achievement Plan was introduced, that “every time we raise value for a shareholder, we raise value for our people. And that is the way we have been doing it all over the world.”

Last month, Starbucks announced investments, based on collaboration sessions with partners, to improve the store experience for partners and customers.