“I was, in essence, the opportunity youth Starbucks is trying to help.”

That’s what the store manager Cordell Lewis told us as we talked about growing up in Missouri, his new career with Starbucks, and how he’ll coach the partners he hired for Starbucks first store in Ferguson.

Opportunity Youth are generally defined as those between the ages of 16 and 24 who aren’t in school and aren’t working. Why do you say that term described you when you were younger?”

I came from a single-parent family. My mom worked two jobs to raise me and my sister. We were on welfare and it was tough at times. When I was a sophomore in high school I got involved with the wrong crowd. I was skipping school and started heading down the wrong path. Fortunately, I had a coach who saw a spark in me. I always ran track and one day at practice he asked if I could catch a football, and by the grace of something I could. He saw my potential and really worked with me that led to me receiving interest from Missouri State, where I walked on and ended up playing three years on a scholarship.

What might have happened in your life if you hadn’t had that coach encourage you and push you?

I think about that every day. Sometimes I feel guilty to be in this position because it’s almost surreal. Out of all my family members, there are very few of us who are successful now. I believe if I wouldn’t have had the support of my coach – and grandfather, grandmother and mom later in my childhood – I would probably be in jail or worse right now. I know a lot of friends and others who had the potential, but just didn’t get that one person to support them. Because I had a coach who really worked with me I ended up receiving interest from Missouri State. I walked on there and ended up playing (football) three years on a scholarship. I moved from southwest Missouri to the St. Louis area about 10 years ago.

St. Louis, and specifically its suburb of Ferguson, had a difficult time in its history almost two years ago. International media covered the protests, vandalism and riots that occurred after an unarmed teenager, Michael Brown, was shot and killed by a white police officer in August 2014. The officer was not indicted, and that led to a second round of protests. What was it like being in Ferguson at that time?

Related video: Why Starbucks Opened a Store in Ferguson, Missouri

It was really a struggle for me. I was racially profiled several times myself when I first moved to this area. I’m biracial, I have a lot of tattoos and back then I had a souped-up vehicle. I’d get pulled over and asked where I was going. I was just going to visit my fiancé or visit a friend. It set me back and I think a lot of the reasons for the protests were valid. But, the way the media portrayed things wasn’t the full picture. Ferguson has challenges, just like any other community in the United States, but there are great individuals in this area who are willing to work through social issues. I joined Starbucks (in July 2015) to take this opportunity with the company and to shed light on the close community we have.

Tell us about the partners you’ve hired for the new store at 10776 West Florissant Avenue.

They’re great! They’re all from the north St. Louis County area. I have 29 partners from a diverse background. They’re African American, Asian, gay, straight. I want to support each of them, like my coach of many years ago supported me, and I want them to feel included and comfortable when they come to work.

I’m excited to see the training space – unique to our store and others like this one that Starbucks is opening – in action.  Anybody who wants to better themselves will have that opportunity – that includes the people who visit our store and our partners who work here. 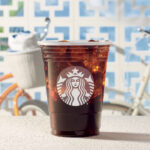