The impact of AIDS is felt around the globe in communities and homes near and far. An estimated 36.7 million people worldwide are living with HIV/AIDS as of the end of 2015, according to the Joint United Nations Programme on HIV/AIDS. Progress is being made, however, with 18.2 million people with HIV accessing antiretroviral therapy globally, up from less than 1 million in 2000.

The Starbucks Great Lakes Pride Alliance will mark the day in its community. Formed one year ago, the affinity group is part of the Starbucks Partner Pride Alliance Network, which has been around for 17 years and became an official partner (employee) network in 2007.

Mike Knight, a 10-year partner and manager of a Starbucks in Macomb, Michigan, north of Detroit, said the group is ramping up its profile by participating in large numbers at both the Motor City Pride Parade in June and the AIDS Walk Detroit in September. Partners also support local programs offered by Affirmations, a gay and lesbian community center, and the Ruth Ellis Center, which provides support services for runaway, homeless and at-risk LGBTQ youth.

The Great Lakes Pride Alliance Network strives to provide education, advocacy and access to all Starbucks partners while fostering a diverse and inclusive environment in company stores. Knight believes that mission takes on added significance around World AIDS Day.

“We wanted to show solidarity and show how our partners are united with the cause,” Knight said. “This is about helping to create a dialog.”

This is the ninth year Starbucks is partnering with (RED)® on World AIDS Day. The company has contributed more than $14 million to the Global Fund to help fight AIDS. 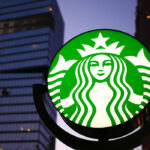