Davontia Porter came to the 100,000 Opportunities Initiative Fair and Forum in Seattle hoping to connect with a few job recruiters. He didn’t expect to find himself sitting across the table from Starbucks chief executive officer Howard Schultz. Read his story: New Starbucks Partner Describes What It’s Like to be Interviewed by Howard Schultz. 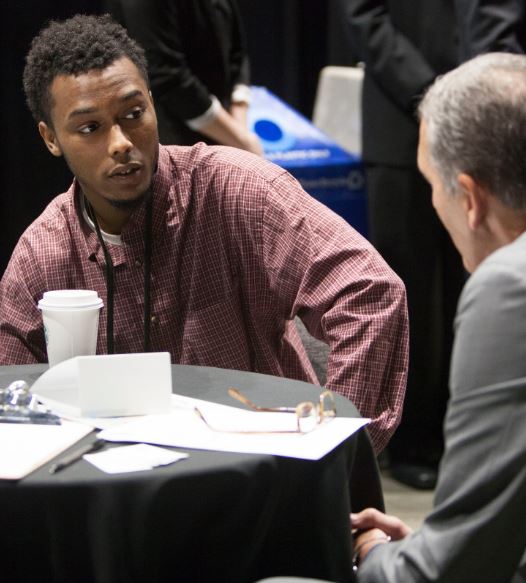 The 100,000 Opportunities Initiative hiring fair and forum offers more than job guidance. Among the nonprofits and government organizations represented at the event is King County Elections, which has already registered 91 new voters two hours before the day’s events wrap up.

Sheri Schultz, cofounder of the Schultz Family Foundation, told hundreds of young job seekers that employers were lucky to have them in attendance. “Everyone cares, or they wouldn’t be here,” Schultz said before introducing Carmen Williams. Williams overcame a trying childhood that took her to 30 foster homes before she ended up on the streets of Philadelphia, but has found success academically and as a two-and-a-half-year partner (employee) with Starbucks. “It’s hard, but it’s worth it,” Williams told the crowd. “Change your life.” James Harris, global ambassador of youth  singer Usher’s New Look foundation, also preached fortitude in the face of challenges. “You guys have the opportunity to make an investment in yourselves,” he said. 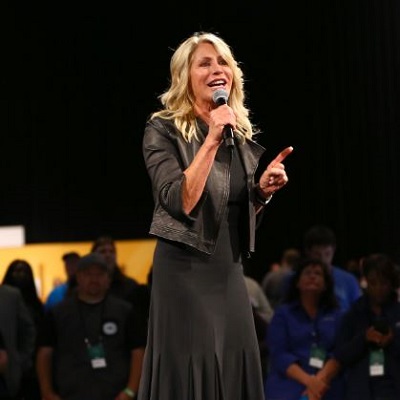 This is something special

Seahawks great Marshawn Lynch returned to Seattle for an afternoon job fair appearance. “This is something special ­– something I wish I could have participated with when I was younger,” the retired running back told a crowd of attendees, many who’d received job offers earlier in the day. 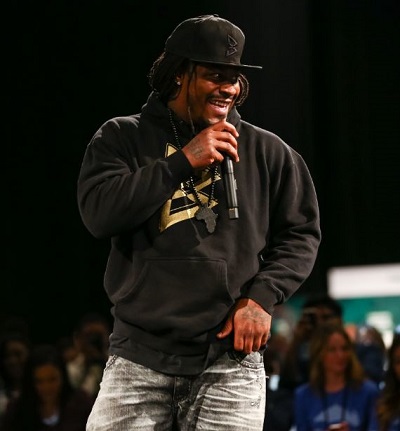 Howard Schultz, chairman and ceo Starbucks, reflects on the 100,000 Opportunities Initiative hiring event and his visit to the Macy’s booth where young men were learning how to tie a tie.

“The young men walked into the area, somewhat embarrassed that they don’t know how to make a tie. Then within 5, 10, 15 minutes they’re in front of a mirror. They have a tie on, they’re sharp, and all of a sudden you can see their self-esteem lifted up by the simple act of tying a tie and the kindness of somebody else taking the time to be empathetic. Then they walk over to the LinkedIn booth and have a photo captured. I use this as a small, small example of the bigger need and bigger story.”

The 100,000 Opportunities Initiative Coalition, now with its fourth hiring fair, is “changing the lives of young people by collectively convening like-minded people who have the values and guiding principles to recognize that we can make a difference.”

Panelists field questions from newcomers to the job market. A tip for first-time applicants: Work experience doesn’t necessarily come with a paycheck. Make sure a prospective employer knows about volunteer work or participation in sports and afterschool activities. Get your foot in the door by showing your mindset and potential.

‘Now I have my first job’

“It’s difficult to get a job because you need to show you have experience, but how do you do that when no one will hire you?” asked Alissa Hill, a 16-year-old Seattle resident. “Now I have my first job.”

Alissa (pictured below) and her 17-year-old friend Marisol Santos-Perez both received job offers from Starbucks. To celebrate, they made a Flat White at a booth set up to give new baristas a chance to make their first Starbucks beverage. 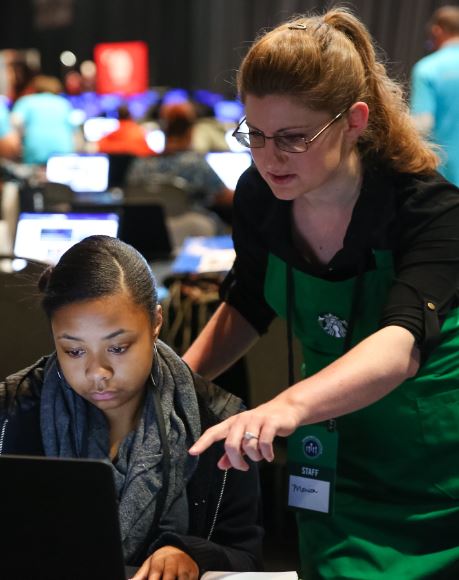 Help is available for job seekers who feel a little shaky heading into the interview process. Practice job interviews are offered today to identify areas for improvement. Debra Entenman has been conducting practice interviews all morning. A staffer for Congressman Adam Smith, Entenman suggests making eye contact and answering the question that’s asked. “And take that deep breath and relax,” she added. “That really helps!”

Nordstrom’s mission at the job fair is twofold, according to spokesperson Lindsey Daniels. They’ll be looking to find qualified young people to fill open position and to prepare job seekers with tips on how to dress appropriately for job interviews. Target is here, too, looking to have an impact on the community and find new employees. “We’re always hiring,” said Target’s Melissa Weinstein, “so there’s no limit on how many people we’re looking for.” 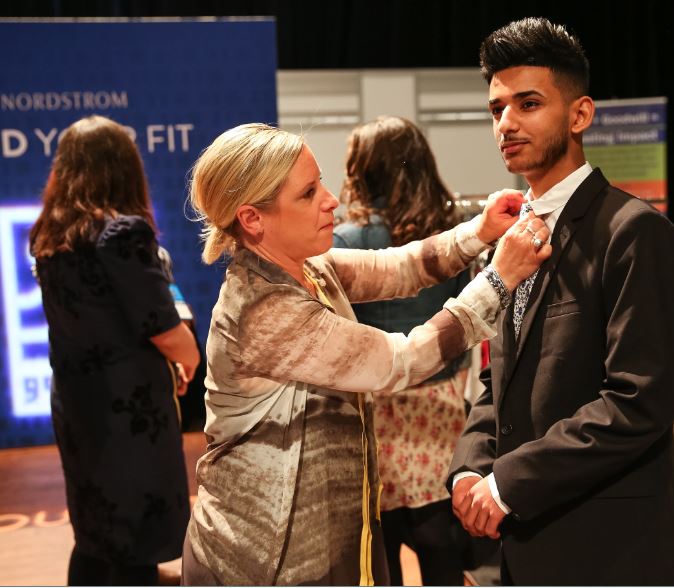 As many as 5.5 million young Americans are not working and not in school. Zooming in on one community – Seattle and the surrounding King County area – there are an estimated 50,000 young people between the ages of 16 and 24 who are disconnected from employment and education.

More than 1,500 young adults between the ages of 16 and 24 are expected to speak with employers, and many will walk away with on-the-spot job offers.

This is the fourth gathering of major companies for a 100,000 Opportunities Initiative Fair and Forum. Similar job fairs in Chicago, Phoenix and Los Angeles resulted in thousands of jobs for young people. 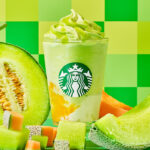