Ritchie was influenced by two great cooks in her family while growing up in Bainbridge Island, Washington. Through the example of her mother and stepfather, and her own creativity, she developed tarts known for their buttery, flaky crust, jam filling and sweet frosting.

“My mom and stepdad were always in charge of bringing dessert at family events,” Ritchie said. “I didn’t do a lot of baking on my own as a kid, but I was always around people baking and I really enjoyed eating treats.”

Ritchie moved to New York City at age 18 to attend the American Academy of Dramatic Arts. She worked several odd jobs to make ends meet and began baking as a hobby.

“My roommate and I started selling donuts from our front stoop only because we thought it would be fun,” she said. “To our surprise, things just took off. Soon we were selling donuts once per week to keep up with the demand from commuters who passed by our home.”

After a two-year break when her roommate moved away, Ritchie switched from donuts to pies and scones, which were easier to create and sell on her own. In 2011, after making her first handheld tart filled with jam and covered with frosting, Ritchie’s company, called Megpies, was born. She secured a handful of café accounts and delivered tarts on her bike each morning.

“At this point, I started thinking about what else I wanted to do with my business and how big I wanted it to get,” she said. “But it was just me doing everything. I knew that I needed more help.”

In 2013, Ritchie’s boyfriend, Paul Jones, began to help with the business. With a background in sales, he was able to increase tart purchases from 300 per week to 3,000 per week in just six months. A year later, Starbucks approached Ritchie about selling her tarts in a select number of New York City stores. The tarts were a huge success, which led to Starbucks expanding distribution to 30 locations and then to all company-operated stores in the United States. 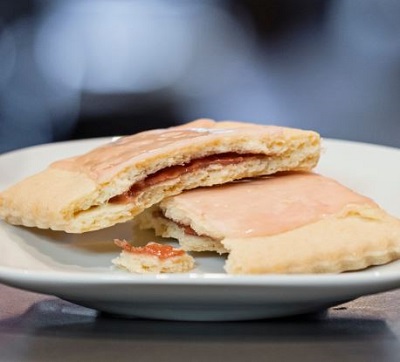 “Megpies are so delicious and nostalgic. They take me back to my childhood,” said Deb Hannah, director, Retail Branded Partnerships. “My team and I adore them, so we had a strong feeling that customers would love them too.”

Hannah’s passion is not only contagious; it is part of her job. A keen eye and honed palate are essential in the pursuit of unusual, interesting snacks made by passionate entrepreneurs that will spark the curiosity and appetite of Starbucks customers. Once identifying these snacks, Hannah and her team work closely with the entrepreneurs to support, mentor and shepherd them through the process of scaling to sell in Starbucks.

“Meg and Paul represent the kind of entrepreneurs we love to work with. They have a great story, genuine passion for their business, and an amazing product,” said Hannah.

From selling pastries on the stoop in Brooklyn to Starbucks locations nationwide, Meg has embraced the journey and is appreciative of the opportunity to share Megpies with Starbucks customers all over the U.S.

“Paul and I are trying to celebrate every milestone of our company,” said Ritchie. “It’s hard to believe that we’ve grown from a local business to one with a national reach in just a few years. It’s so far beyond what we could have imagined.” 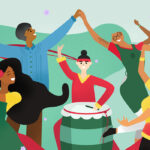