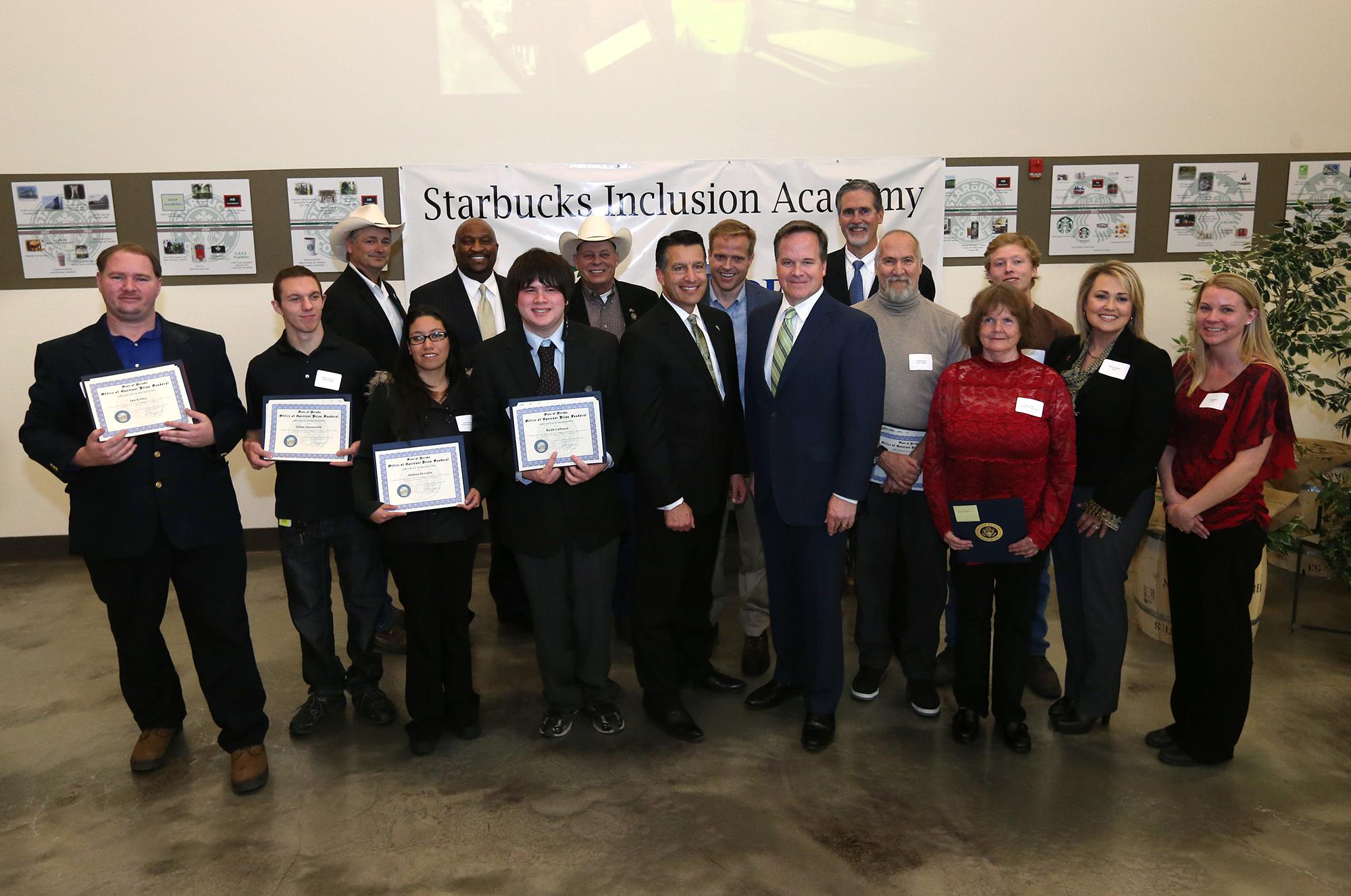 The national unemployment rate for people with disabilities is 11.2 percent – double the jobless rate for the general population, according to the U.S. Department of Labor. Recognizing that disparity, Starbucks is launching an on-the-job training program for people with cognitive and physical disabilities at its Carson Valley Roasting Plant and Distribution Center.

The plant in Minden, Nevada employs 210 people who distribute products to Starbucks® stores worldwide. Several of the partners (employees) have completed the Starbucks Inclusion Academy program which helps them gain skills and work experience in manufacturing and distribution.

The Inclusion Academy is the result of a year-long collaboration between Starbucks and the Nevada Department of Employment, Training and Rehabilitation (DETR). Starbucks provides training space at the Carson Valley plant and instructors for on-the-job and soft-skills practice. The State of Nevada refers candidates to the program, funds the instructor’s salary and pays for the time candidates spend training on the floor. Participants receive three hours of classroom instruction and three hours of work each day for the first four weeks. In the final two weeks, candidates complete an internship in the Starbucks facility.

“The program has opened a lot of eyes,” said Todd McCullough, senior operations manager at the Starbucks facility. “Supervisors and partners look past disabilities and realize we all have different abilities in the workplace.”

McCullough said 13 partners with disabilities who work in the plant have had the “highest attendance and best performance” in the building and enhance the work culture.

“Sometimes in a break room you’ll see that groups separate themselves, but I’ve seen that change over the past year,” he said. “It’s very powerful to see how the whole team engages with people with disabilities.”

Distribution partner Shawn Stainbrook, a Special Olympics athlete, has been at the Carson Valley facility for more than a year. Prior to joining Starbucks he worked for a grocery store for 20 years and said he didn’t feel fulfilled.

“Going to work at Starbucks is enjoyable,” said Stainbrook. “Now I have goals and would say to anyone who doesn’t feel good about where they’re at in life, never give up. You never know what’s around the corner.”

One of the first partners hired at the Carson Valley plant would agree with that advice. McCullough said a partner named Ray, who has difficulty communicating, lived with his parents for most of his life. Since getting a job with Starbucks, Ray has been able to move out and live independently.

“Companies, like Starbucks, that give individuals with disabilities an opportunity to work often end up with some of their most loyal employees,” Pierson said. “The investment in training often results in a high retention rate.”

“I want to extend my appreciation to Starbucks for its dedication to working with our community to improve Nevada’s workforce and recognizing the importance of hiring people with disabilities,” said Governor Sandoval. “Collaborations with the private sector are vital to our state and we appreciate the opportunity to work with Starbucks on this endeavor.”

“Starbucks is deeply committed to creating pathways to opportunity for our people and the communities they serve,” added John Kelly, Starbucks senior vice president of global responsibility and public policy. “These graduates remind us to do everything we can to develop an inclusive workplace and a diverse network of suppliers. It’s both the right thing to do and good for business. We are proud to join Governor Sandoval and DETR to launch the first Starbucks Inclusion Academy in Nevada.” 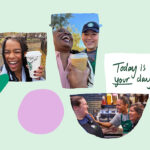