On a rainy Friday, a man in a business suit looked out the 56th floor window of Seattle high-rise. The phone call he was on - an interview for a job in New York - couldn’t hold his attention.

“All I wanted to do was race downstairs and get to the Starbucks store I was staring at,” said Jason Wing. “I wanted to be a part of something great again.”

Wing had over 20 years of military leadership in health care administration and operations. Commissioned in 1993, his first eight years of active duty with the U.S. Army were spent with the medical service corps. In the last few years, he was commander of the Warrior Transition Battalion at Joint Base Lewis-McChord in Washington state.

Wing remained as a reservist with the Army while completing an MBA, but was ready for a new career challenge. After hearing about Starbucks commitment to hire 10,000 veterans and military spouses by the end of 2018, Wing said he “set my sights on Starbucks.”

“I had always admired Starbucks and wanted to work for them,” said Wing. “Starbucks veterans’ hiring initiative reinforced my desire to work for such a special place.”

That desire became a reality in February of this year when Wing became a Starbucks district manager, responsible for the operation of 12 Starbucks stores. He’s among the 1,936 new partners (employees) hired as a direct result of Starbucks multi-year hiring and career development strategy.

Starbucks also established an internal infrastructure dedicated to matching the transferrable skill sets of veterans with specific talent needs across the enterprise. This will aid the company in meeting its goal of hiring another 2,000 veterans and military spouses in the next year.

“The level of integrity, ethics, leadership skills and value they bring to our society and our company is unparalleled,” said Howard Schultz, Starbucks chairman, president and ceo. “The veterans and military spouses we’ve hired have made us a stronger organization and partners tell me they are so proud to work alongside a veteran. I hope we exceed 10,000 hires.”

Among Starbucks new hires is Lindsay Huibregtse, who retired from the Air Force in December of last year after 12 years of service that took her around the U.S. and overseas to Germany and South Korea.

“There’s a symphony of things I love about Starbucks. It’s the coffee, it’s the commitment to veterans and more than anything it’s the way the company focuses on its partners,” said Huibregtse, hired in July as an administrative assistant in Starbucks Law and Corporate Affairs department.

Former Army Special Forces soldier Ross Feuerstein joined the company in August as a quality assurance manager for Teavana – the specialty tea retailer that became part of the Starbucks family on December 31, 2012.

Feuerstein enlisted because he wanted to “do something honorable” with his life, he said. The skills he gained from his Army service from 2001 to 2011 transfer well to his job today.

“Judgment calls, organizing teams for success, and project planning are crucial in both the military and corporations,” said Feuerstein. “The most common thread between the Army and Starbucks is that both emphasize collaboration and care about their people.”

Tice speaks from first-hand experience. He has 21 years of Marine Corps service to call on as he helps other retired veterans, reservists and military spouses find fulfilling new careers with Starbucks.

“Veterans have a selfless need to serve, and that resonates well with Starbucks,” he said. “They are also changing who we are as a company. They’re expanding our knowledge and helping Starbucks become more deeply connected with the military communities we serve.”

*Editor’s note: This story was updated 1/7/15 to include the most recent number of veteran and military spouses hired to date, as well as some military spouses inadvertently not accounted for with the 1,000 hires reported on 10/29/14. 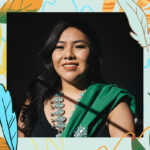