SEATTLE, April 04, 2013 - Starbucks Coffee Company (NASDAQ: SBUX) today reaffirmed its commitment to accelerate growth in Southeast Asia, announcing plans to open 100 new stores in Indonesia over the next three years and another 100 stores in the Philippines over the next four years. Howard Schultz, Starbucks chairman, president and ceo, committed to continuing to invest in the region following this week's market visit to Indonesia and the Philippines, where he met with Starbucks partners (employees) and customers.

Starbucks entered Southeast Asia in 1996 with its first store in Singapore. The company currently operates more than 700 stores across six countries, including Indonesia, Malaysia, the Philippines, Singapore, Thailand and, most recently, Vietnam.

"With a population of more than 600 million people, an emerging middle class that is driving strong consumption and a robust and resilient economy, Southeast Asia presents a compelling growth opportunity for Starbucks," said Schultz. "Never before have Starbucks prospects in this region been so exciting. As we ramp up our ambitious, yet disciplined, growth momentum across Southeast Asia, we will continue to build the Starbucks brand through the lens of humanity – supporting local coffee farmers and the neighborhoods we serve, while also investing in the growth and development of our partners."

Starbucks has a long history in Southeast Asia that pre-dates its first store.?The company has been sourcing the highest-quality arabica coffee from Indonesia's Sumatra since 1971. Today, Starbucks sources a significant amount of the best arabica coffee beans from Indonesia (Sumatra), the Philippines, Thailand and Vietnam. Starbucks® Sumatra Dark Roast Coffee is the best-selling single origin coffee for Starbucks around the world. Coffee beans from the region have also been featured in many Starbucks all-time popular coffee blends, including Starbucks® Anniversary Blend, Starbucks® Thanksgiving Blend, and Starbucks® Tribute Blend.

Since 1971, Starbucks Coffee Company has been committed to ethically sourcing and roasting the highest-quality arabica coffee in the world. Today, with stores around the globe, the company is the premier roaster and retailer of specialty coffee in the world. Through our unwavering commitment to excellence and our guiding principles, we bring the unique Starbucks Experience to life for every customer through every cup. To share in the experience, please visit us in our stores or online at www.starbucks.com. 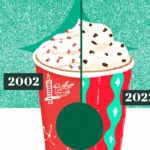