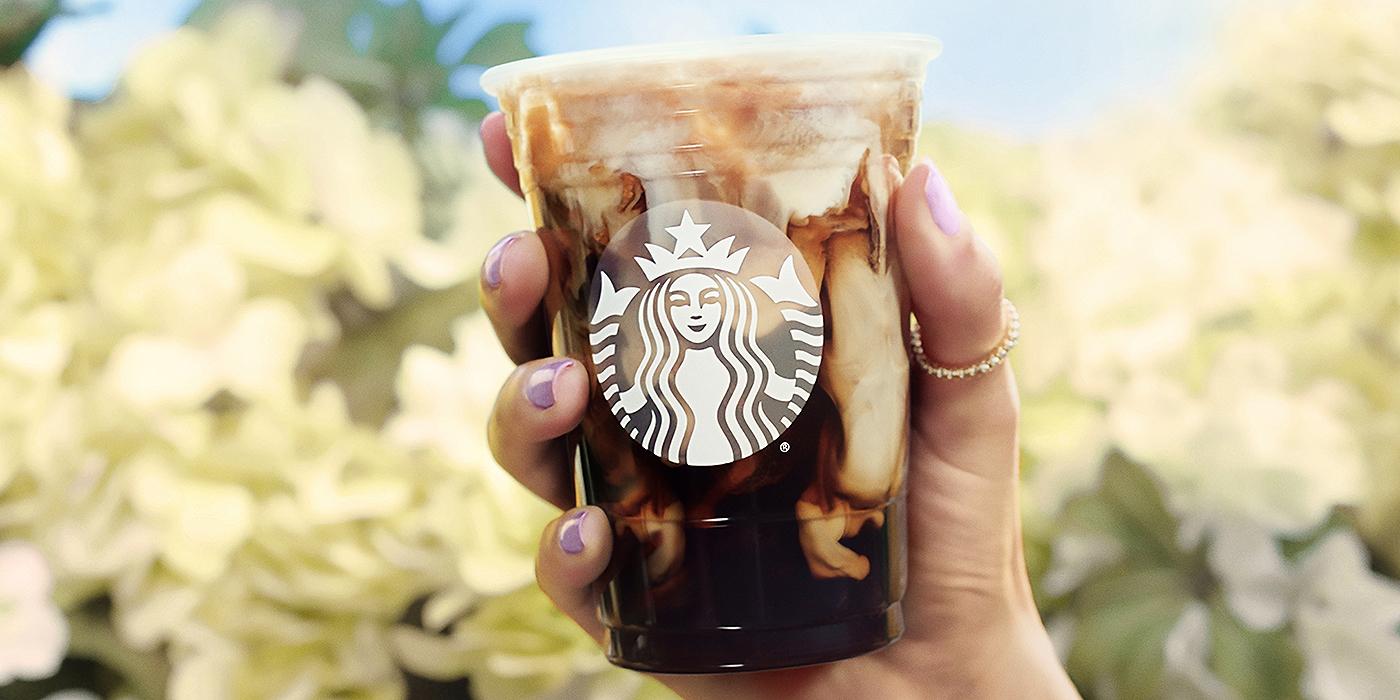 Starbucks Rewards members can celebrate spring with the new “Prize & Delight” game, plus members can now use the Starbucks app to order ahead and pay at Starbucks stores located in most major airports across the U.S.

Use the Starbucks App to Order Ahead and Pay at Most Major Airports Across the U.S.

Starbucks® Anniversary Blend is an annual favorite that is a tribute to our heritage and toast to the future. This coffee is sourced exclusively from Indonesia featuring beans from Sumatra, West Java and Sulawesi. Together these coffees create a remarkable cup and a bold blend with notes of smoked cedar and allspice that pair with accents of fresh herbs and black truffle. Also returning on Tuesday, April 19, is Starbucks® Odyssey Blend™ crafted from beans sourced from West Java, Rwanda and Peru, all specifically chosen for how they embody the key pillars of coffee, people and planet, as well the innovative and responsible ways in which the farmers in the region grow, cultivate and process coffee. Starbucks® Odyssey Blend™ features notes of tangerine zest and sweet marzipan with a chocolaty body and wild-honey finish. These whole bean, 100% arabica packaged coffees are responsibly sourced – according to Starbucks C.A.F.E. Practices. These two whole bean coffees will be available in Starbucks stores this spring for a limited time while supplies last.

Starting this month, the new Starbucks BAYA™ Energy in Mango Guava and Raspberry Lime flavors will be available at select Starbucks stores. Starbucks first energy drink contains 90 calories and is crafted from caffeine naturally found in coffee fruit, as well as antioxidant vitamin C for immune support.* The beverages were first introduced earlier this year where groceries are sold.

Celebrate the season at home with the spring-inspired Starbucks® Honey & Madagascar Vanilla Flavored Coffee featuring subtly sweet honey and rich vanilla coming together in a vibrant springtime coffee; and Starbucks® Spring Day Blend, a wonderfully balanced and smooth coffee with notes of dusted cocoa and dried fruit. Both ground coffees are available for a limited time where groceries are sold.

Plus, customers can find several new ready-to-drink beverages down the grocery aisle this March, including the new 72 oz. Starbucks® Cold & Crafted on Tap, available in Black Unsweetened and Coffee with a Splash of Milk, Starbucks® Nitro Cold Brew Splash of Sweet Cream and Starbucks Tripleshot™ Zero Sugar Milk Chocolate.

*Vitamin C helps contribute to the normal function of the immune system.

NO PURCHASE NECESSARY. LEGAL RESIDENTS OF THE 50 UNITED STATES (D.C.) 18 AND OLDER AND WHO ARE MEMBERS OF THE STARBUCKS® REWARDS LOYALTY PROGRAM AT THE TIME OF ENTRY. VOID WHERE PROHIBITED. Participating stores only. Promotion ends 3/28/22. For Official Rules, how to enter without purchase, prizes, and odds, visit starbucksprizeanddelight.com/. Sponsor: Starbucks Corporation, 2401 Utah Ave. S, Seattle, WA 98134.

Drinks for one year will be fulfilled as a daily credit for one (1) free standard menu handcrafted beverage item which can be redeemed at participating stores.

Plays/entries may be earned on eligible transactions at a participating Starbucks store. You must pay with your registered Starbucks Card or linked payment method, or by scanning your Starbucks App prior to checkout. Purchases of alcohol, Starbucks Cards and Starbucks Card reloads are excluded. See starbucks.com/terms for details.

Starbucks greets the new year with the launch of its winter menu featuring the return of the fan-favorite Pistachio Latte and the new Pistachio Cream Cold Brew.

“As we execute on our Reinvention plan, we are building on our 51-year history of market leading innovation to position our business and our brand for the next chapter of growth,” said Schultz.

New Starbucks merchandise to inspire all the fall feels

New fall merchandise is rolling out at participating Starbucks stores in the U.S. on Tuesday, Aug. 30 for a limited time, while supplies last.