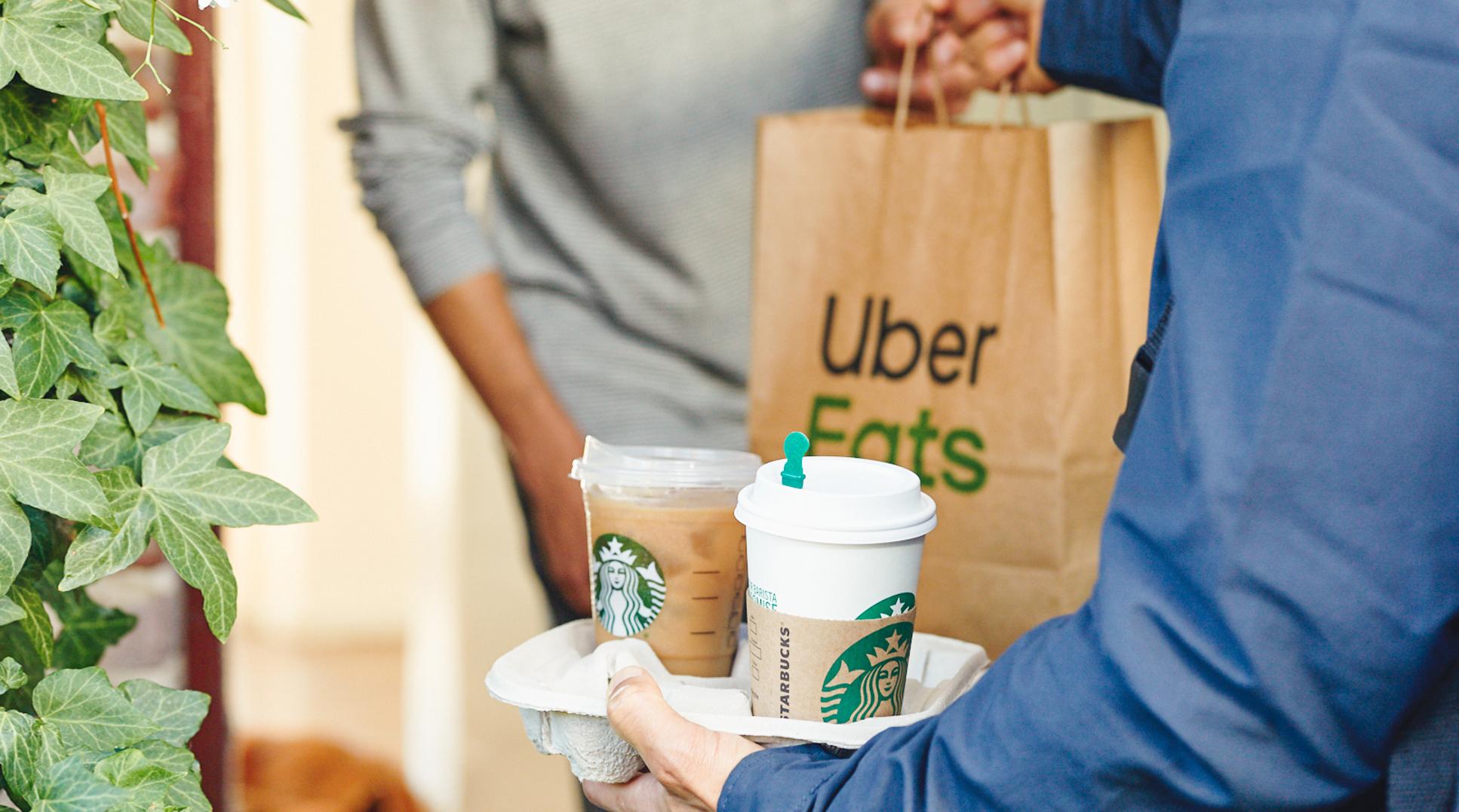 Further international expansion of Starbucks Delivers anticipated in 2019, including upcoming pilot with Uber Eats in the United Kingdom

SEATTLE (January 22, 2019) – Today, Starbucks Coffee Company (NASDAQ: SBUX) announced the expansion of its successful Starbucks Delivers pilot to an additional six cities across the United States. The expansion, in partnership with Uber Eats, begins today in San Francisco, the first of six new markets to offer the service to customers. Following an initial test in Miami, the company remains on track to bring Starbucks Delivers to nearly one-quarter of U.S. company-operated stores, with planned expansion to select stores in Boston, Chicago, Los Angeles, New York and Washington, D.C., in the coming weeks. In total, Starbucks Delivers will be available in seven U.S. cities this spring.

The U.S. expansion of Starbucks Delivers follows success of the test in Miami that began in fall of 2018. The test, also powered by Uber Eats, saw strong demand, including repeat business throughout the day and positive feedback from customers. This expansion coincides with the kickoff of a new pilot, due to begin later this month, which will see London chosen as the first European city to trial Starbucks Delivers, powered by Uber Eats.

The partnership with Uber Eats brings together the fastest growing meal delivery service in the U.S. with one of the largest food and beverage retailers. Starbucks will leverage Uber’s expertise as a quick and reliable delivery provider that is already well-established in offering customers a premier experience in a growing mobile and on-demand economy. The partnership will also allow Starbucks to reach new customers who are using the Uber Eats platform, as well as offer existing customers a new method for including Starbucks in their daily routines.

“We know we have untapped customer demand for Starbucks Delivers in the U.S. and starting today, we’re expanding our best-in-class experience to our customers both in and out of our stores,” said Roz Brewer, group president and chief operating officer for Starbucks. “We’re building on key learnings from past delivery pilots and by integrating our ordering technology directly with Uber Eats, we’ve unlocked the ability to bring Starbucks to customers for those times when they’re not able to come to us.”

The global online food delivery market currently represents a $95 billion opportunity and is projected to grow by more than 11 percent annually through 2023*. Starbucks now offers delivery service in eleven of the company’s global markets and expects to trial delivery pilots in other countries this year.

“At Uber Eats, we’re always looking for new ways to offer people the widest selection of food they love. That’s why we’re so excited to deliver Starbucks fans their favorite food and beverages in a way that’s as easy as requesting a ride,” said Jason Droege, Vice President and Head of UberEverything. “Be it breakfast delivered straight to the soccer field or afternoon lattés to the office, we know this partnership will delight our customers.”

Starbucks Delivers represents the next evolution of the company’s approach to delivery and expanding its digital relationships with customers. In addition to the pilot in Miami and a pilot in the Empire State Building, Starbucks previously tested delivery in Seattle in 2015 for members of the company’s Starbucks Rewards loyalty program. Since that time, the industry has seen a significant increase in demand for food and beverage delivery.

Starbucks Delivers was first announced in August 2018 in China through a partnership with Alibaba and on-demand food delivery service Ele.me. By the end of 2018, delivery services had expanded to 2,000 stores across 30 cities in China, while also being introduced to select stores in Tokyo and Miami. The limited pilot in London will be the first of its kind for Starbucks in Europe and will see a small number of company-operated stores to test and learn from the experience as it looks to scale this option to licensees. Additional global markets with delivery initiatives include India, Hong Kong, Singapore, Indonesia, Vietnam, Mexico, Colombia and Chile.

Starbucks Convenes 2,000 Retail Leaders from Across U.S. and Canada to Enable Leadership Excellence as Company Reinvents for the Future

Company leaders are attending a two-day gathering designed to build capability and confidence needed to transform their stores and the partner (employee) experience.