Since first opening its doors, Starbucks Indonesia has strived to be a company with partners (employees), customers and coffee at its core. The company nurtures the human connection and builds community by offering a third place with a culture of warmth where everyone is welcomed. To celebrate its 20-year anniversary in the market, Starbucks Indonesia reaffirmed its long-commitment to support the farming community in Indonesia.

“I am proud of the remarkable achievements we have accomplished together over the last 20 years with our partners and customers in pursuing our commitment to our three core pillars – People, Planet, Coffee. We want to dedicate this milestone to our partners and customers who have been on this journey with us since the beginning as we aspire to be a people and planet positive company,” said Anthony McEvoy, leader of PT Sari Coffee Indonesia (SCI).  “I look forward to the future of Starbucks in Indonesia as we continue to create new connections and positive impact for our customers and community.”

To continue to support the future of coffee, Starbucks Indonesia reaffirmed its long-term commitment to the Indonesian coffee community by donating 40,000 coffee seeds to farmers in Sumatra. Since 2017, 500,000 coffee seeds have been donated through the Art in the Cup program, in collaboration with the Farmers Support Center in Berastagi, North Sumatra.

From opening its first store at Plaza Indonesia in 2002, Starbucks Indonesia has now grown to more than 4,000 partners in more than 480 stores in 36 cities, bringing the Starbucks Experience to customers across Indonesia.

Creating positive impact in the communities it serves, from partners to coffee farmers to customers in the stores and beyond, here are some highlights of the meaningful initiatives Starbucks Indonesia has created:

In celebration of the 20th anniversary, the limited-time Birthday Cake Frappuccino® was available at all stores during the anniversary week. Limited edition anniversary tumbler and eco-bags are also specially curated and available for sale until stocks last. 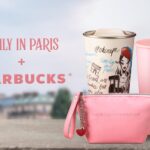 On November 23, Starbucks Coffee Korea opened its Juksun branch as the fourth Community Store in the market, dedicated to creating pathways to opportunities for young people leaving care homes to begin their adult lives. A portion of proceeds from the store will be donated to the Beautiful Foundation to support life skills development programs. […]

Doing good together: How Starbucks is making communities stronger in Asia

At Starbucks, we have always been about bringing people together and strengthening the communities we serve. Across Asia, Starbucks is working with like-minded organizations to drive positive impact in local communities, while bringing our partners and customers together to leverage our scale for good and achieve meaningful change. Providing Hunger Relief in the Philippines through […]

Visit these 13 beautiful Starbucks Stores in your next trip in Asia.